Last year, In Parenthesis launched a public philosophy project with An Post, the Republic of Ireland’s postal service, called Philosophy By Postcard.

As I reported in a post on the project at the time, the project celebrated the centenary of the birth of Iris Murdoch, and included a commemorative stamp in honor of the philosopher, the invitation for people to send postcards to “Iris Murdoch” at her birthplace in Dublin, and the promise of 100 replies by philosophers on limited edition artist-designed cards.

Directed by Clare Mac Cumhaill (Durham) and Rachael Wiseman (Liverpool), the project is now in its next phase: the questions and answers have now been published. Here’s one set: 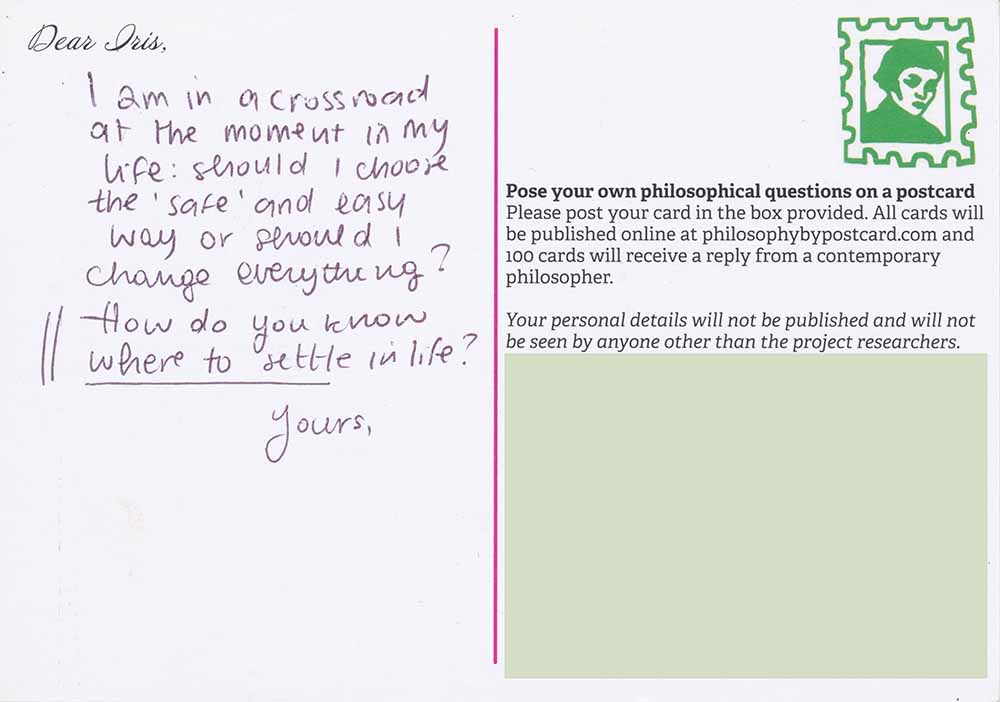 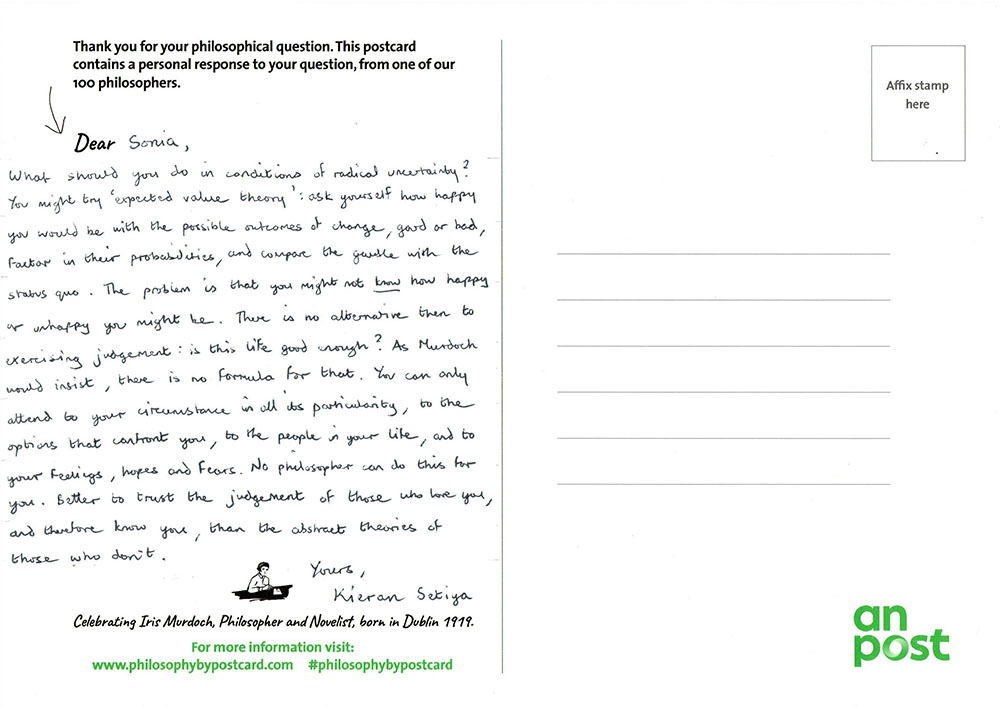 You can check out the rest here.