The Department of Philosophy at the University of Illinois at Urbana-Champaign will be joining the ranks of those who are no longer requiring applicants to submit GRE (Graduate Record Exam) scores, says Nir Ben-Moshe in a recent email. 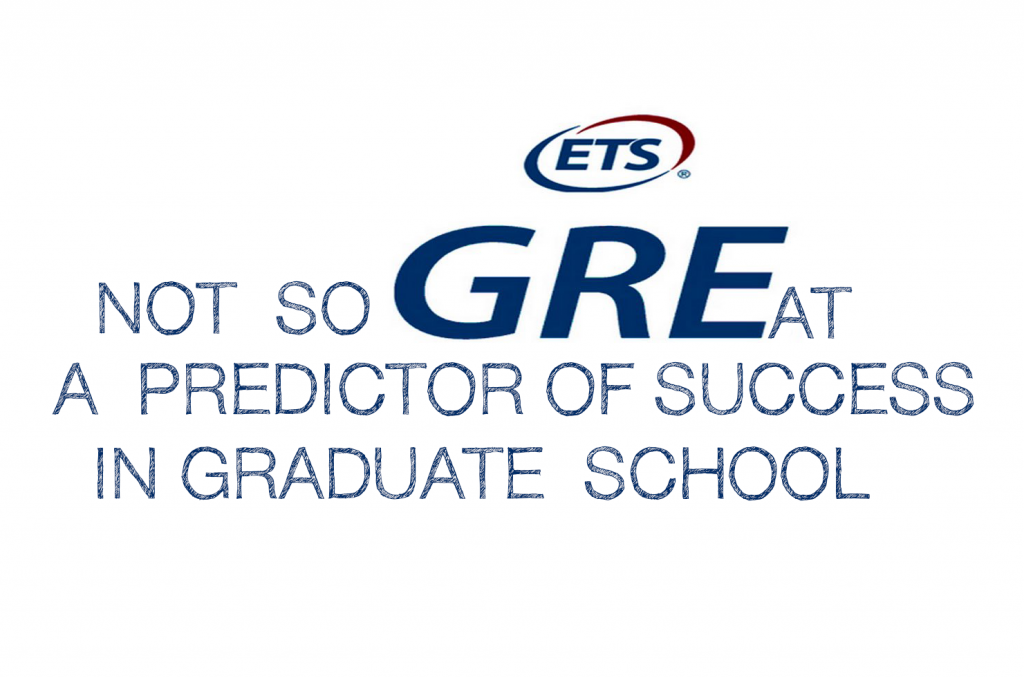 A website, GRE Not Required, keeps track of programs in various disciplines that have dropped the GRE requirement (though I don’t know when it was last updated). It lists the following philosophy programs as no longer requiring the test:

The site was created by Jennifer Doyle, professor of English at UC Riverside. You can name programs that need to be added to the list with this form. Feel free to mention them in the comments here, too.

UPDATE: Frederick Choo (Nanyang Tech) has compiled a list of philosophy programs not requiring the GRE (—this application cycle, as Alex Guerrero helpfully notes in a comment below). Combined with the above and what’s in the comments so far, we get the following list:

I’ve written a letter to ask philosophy departments to suspend the GRE Requirement for Fall 2021 Admission. It can be found here:
https://philosopherscocoon.typepad.com/blog/2020/07/open-letter-for-suspending-gre-requirements.html

I’ve emailed most departments to ask them to read the letter and consider taking action. I’m glad to hear many departments are taking positive action.

The current list of schools without the GRE requirement for fall 2021 is now very long (43 schools have confirmed with me thus far). Do check the comments sections at the philosophercocoon’s post above for updates, or the “Philosophy Graduate Applicants” Facebook group for the latest updates and more info.Report

One thing to bear in mind here is that some departments may have to require the GRE as a matter of university policy. That’s the situation here at Florida State, anyway. We are trying to work out a way to allow exceptions on a case-by-case basis, which of course we’d interpret as generously as possible. But for the time being there’s no way for us simply to drop the requirement.Report

Interestingly, at Texas A&M it’s the opposite. The university announced a few weeks ago that the GRE would be suspended for all programs during the pandemic, unless a program specifically requested to keep it (because applicants may have a hard time finding test centers and dates that are open during whatever local restrictions there are).

But the Philosophy department submitted paperwork to eliminate the use of the GRE in applications several months before the pandemic already.Report

Yeah. FSU isn’t alone. Some other schools have told me the same thing.Report

There is a large evidence base that supports the use of standardized tests in a wide variety of higher education settings to help assess the kinds of things that admissions committees want to ascertain (academic preparedness, likelihood of success). The website Justin linked to reports a lot of small, low quality studies, and I don’t think it represents the overall evidence well. There is even some evidence that in recent years, widespread grade inflation has degraded what you can learn from GPA, making standardized tests relatively more informative.

Many are now saying the GRE is “biased”. It pretty clearly is not in the critical predictive validity sense of the term: It predicts outcomes of interest equally across groups (the correlational relationship b/w differences in GRE scores and outcomes is consistent across groups). What critics appear to mean is that if we use the GRE in admissions, we will have an admitted class with fewer members of certain groups. But there is an overwhelmingly clear solution for admission committees: Explicitly take race/gender/SES etc. into account in order to create a balanced class. The solution is not to declare that GRE information is “biased” and throw it away.Report

This is my impression as well. Andrew Conway, a psychologist a Claremont Graduate University and one of the world’s foremost experts on the theory and measurement of intelligence, recently started a blog series on this topic: https://www.psychologytoday.com/intl/blog/channel-g/202008/welcome-channel-g.Report

If the GRE were not prohibitively expensive (upwards from $200USD for the test, plus the costs for sending scores to admissions committees – not to mention possible travel expenses, paying for test preparation, and opportunity costs), then I would be a little more sympathetic to the claim that these standardised tests are worthwhile.Report

If you remove the GRE, weight necessarily shifts to whatever other components are available to evaluate an applicant, so that is GPA, letters of rec, and writing sample. But all of these strongly favor a particular type of “elite school” applicant (Ivy, private liberal arts, etc.).

A 3.6 from an elite school is worth way more in the eyes of an admissions committee than a 3.6 from a Cal State East Bay. So is a letter from hotshot professors at elite schools, who often personally know members of the committee. The best writing samples come from students who have mastered the peculiar argot of academic philosophy, once again heavily favoring elite school students who get the needed personalized coaching from professors already in the club. But the cost of elite schools is upwards of 80k a year and ability to pay is a central factor in getting you in. So, I guess I don’t know what to make of the claim that the problem with the GRE is that it costs $200.

The bottom line is that to address pervasive structural injustice, you need to affirmatively favor underrepresented groups to create a balanced class. The “let’s get rid of the GRE” thing appears to be fueled mostly by people who want to be seen by others as taking a bold stand against racism, but they end up promoting something that strongly favors elites.Report

Hi Chandra, I take it that your argument is that without GRE, elites will be favored more. Your argument is that other parts of the application favors elites (to which I have no dispute). But I think the following is also needed for your argument:
1. GRE scores is given sufficient weight by admissions committees relative to the other parts of the application
2. GRE does not favor elites (and perhaps favor non-elites, allowing GRE to tip the balance)
3. GRE scores are relevant to philosophy and/or has the relevant predictive success

Regarding point 1, Im uncertain about this. But from what I heard, the weight given to GRE scores is too low to outweigh a strong writing sample, having completed a BA or MA from an elite school, and having letters of rec from professors at elite schools.

Regarding point 2, most colleges and universities in the US require standardized testing for undergraduate admissions. Those who are admitted to prestigious schools tend to fare better on such standardized tests than those who are admitted to lower-prestige schools. Given this, it is highly plausible that those from prestigious schools would tend to fare better at the GREs compared to those from less-prestigious schools. This is because of the similarities between the different standardized tests for undergraduate admissions (eg. SAT, ACT) and the GREs (eg. these tests involve being good at mathematics and English, requires the same kind of test-taking skills, has similar scoring metrics, privilege wealthier applicants, etc). If this is right, requiring GREs would give those at prestigious schools an advantage. So, instead of countering prestige bias, the GREs would further disadvantage those at lower-prestige schools (and not to mention international students).

Regarding point 3. Suppose a school requires applicants to learn how to solve the Rubik’s cube, and sit for a test which will record their solve time. Applicants can spend lots of time learning from online resources (since they are all free), and can train every day. These factors are within their control. So, this requirement gives those from lower-prestige schools a chance to stand out based on their solve time. Perhaps applicants from lower-prestige schools tend to even do better at solving the Rubik’s cube, giving them an advantage. Still, it seems that requiring Rubik’s cube scores is objectionable. This is because such scores lack predictive success for graduate school or being an academic, and is simply irrelevant to philosophy. Similarly, if my points in the post at the philosopherscocoon are correct, then requiring GREs would be similarly objectionable.Report

It’s important to note that Frederick Choo’s very helpful list (and thanks for doing all the work you have on this) is just about places that aren’t requiring it for this admission cycle, for entry in Fall 2021, because of the pandemic. I expect that many of the programs on his list will return to requiring the GRE (or might) once things return to normal (may that day be sooner rather than later).Report

:”) This makes me so happy. The GRE was one of the biggest obstacles in my way of applying and attending graduate school. Ultimately, I changed career paths. But I’m so happy that others in situations like mine will no longer be hindered by this oppressive and marginalizing exam.Report

The Philosophy department at Duke University will not be requiring GRE for applicants to its PhD program in the upcoming (2020-21) applIcation season either.Report

Update:
Rather than updating the comments section at the philosopherscocoon, I’ve moved the list of schools to my website:
https://frederick-choo.weebly.com/gre-philosophy-2021-admission.html

It includes alot more info, including schools that are pending, waivers, etc.Report

The situation in the UK is slightly different, though some programs do require the GRE. Oxford is an example of a school that not only doesn’t require GRE scores, but doesn’t ask for them.Report

University of Cincinnati Philosophy PhD also does not require the submission of GRE scores.Report

Yeah. Some schools have indicated on their website not to submit GRE scores and they will be ignored if submitted (i.e. GRE scores are not accepted).
But I suspect many schools made GRE optional (i.e. not required) for various reasons such as for fellowship considerations, the school’s own bureaucracy, thinking that the GRE has at least some epistemic value, etc.Report

The University of Georgia also dropped the GRE requirement for both its MA and its PhD program in Philosophy.Report