When students are compared by major on how far above average they do on the Graduate Record Examinations (GRE), a standardized test used in many disciplines to assess applicants to graduate programs, philosophy majors come out on top, according to a new look at test score data over the past few years. 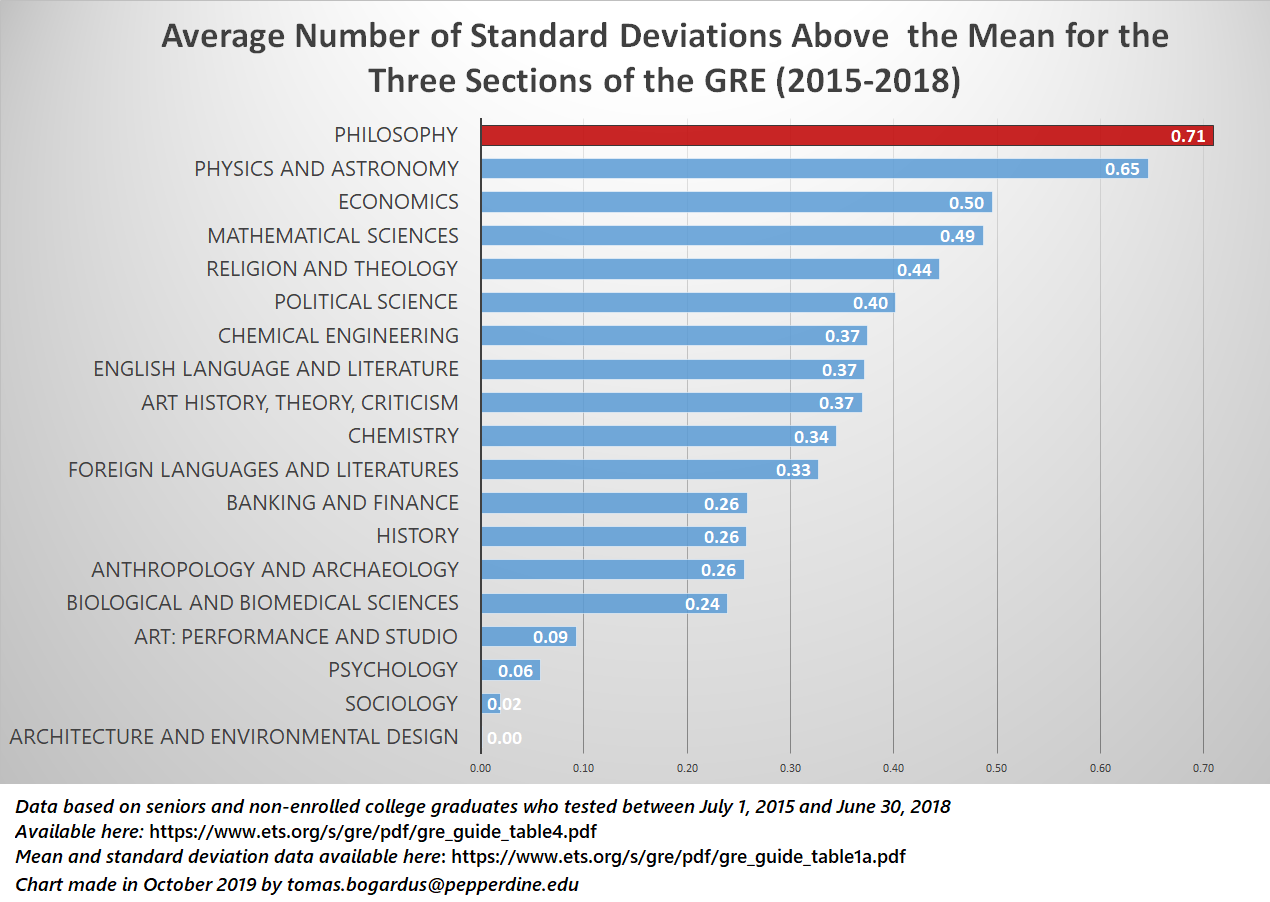 Tomas Bogardus, associate professor of philosophy at Pepperdine University, had noticed that much of the data easily available about how philosophy undergraduates fare on the GRE (such as on the Value of Philosophy pages) was from 2015 at the latest, and helpfully compiled newer information, including the chart above and the table below. [NOTE: See the updated versions of the above chart, with more majors, in the updates at the end of this post.]

If you just add up raw scores from the three sections, Philosophy doesn’t have the highest total score. But, because of the different standard deviations for each section, you might think that what’s more interesting is how far above average students are scoring on each section, i.e. how many standard deviations above the mean for all students is the mean score for each major. When you do that, and take the average number of standard deviation from the mean for all three sections, Philosophy majors are on top. And that seems to be because of how exceptionally well they do on the Verbal and Writing sections, which makes up for their relatively modest (but still well above average!) score on the Quantitative section. 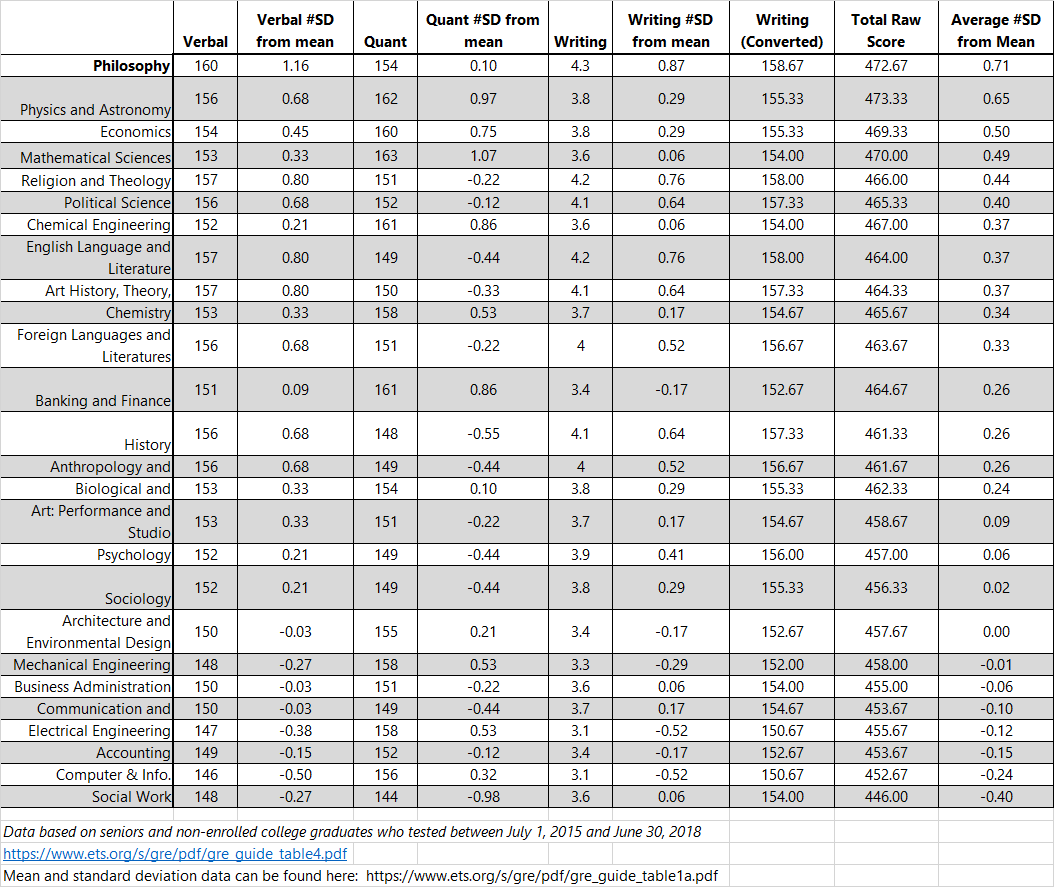 I’ve updated the Charts & Graphs page with this information. They also appear on Professor Bogardus’ own “Why Study Philosophy?” page, which readers should check out.

UPDATE: Here’s the data on which the above is based (note: the following spreadsheet is a revised version of the one originally included in this post):

UPDATE 2: Professor Bogardus made a new chart that includes more of the majors: 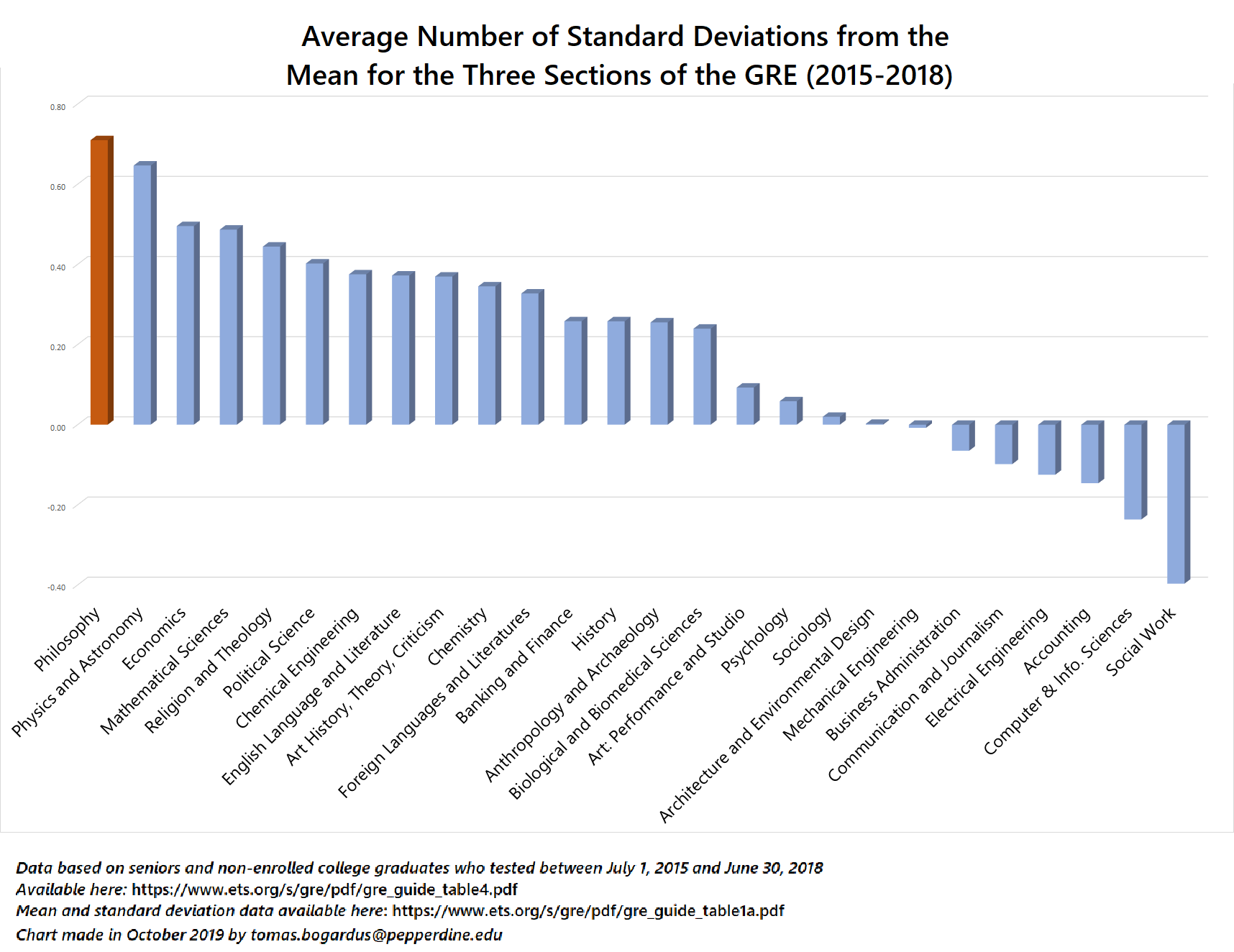 And here is the same information presented differently: 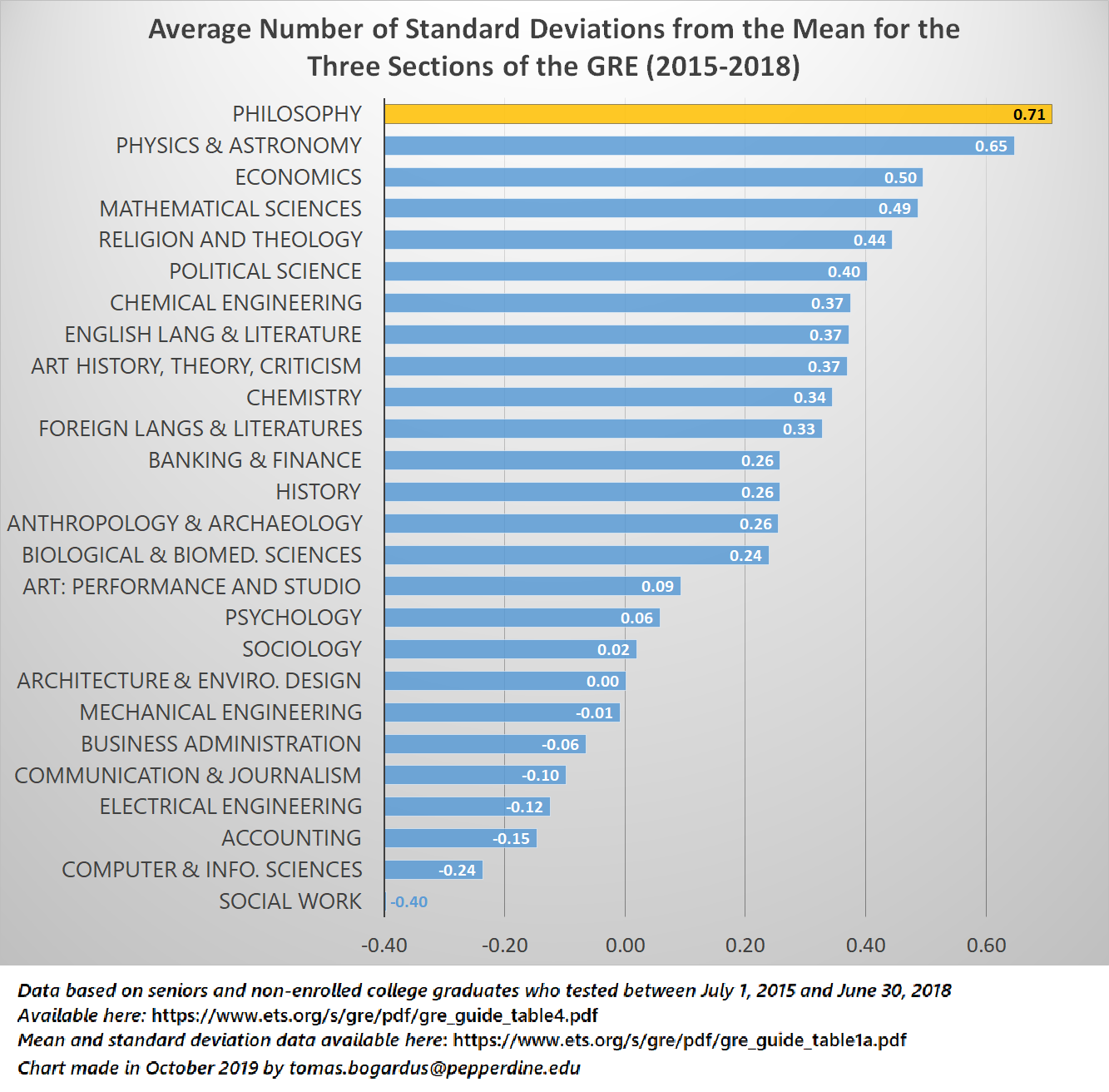