Ten  publishers bid for a chance to publish the next book from Myisha Cherry, assistant professor of philosophy at University of California, Riverside.

The winning bid came from Princeton University Press‘s Rob Tempio, and resulted in a six-figure deal for Professor Cherry. Her book, The Failures of Forgiveness, is expected to be published in 2023. 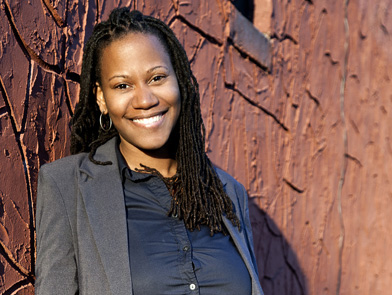 Professor Cherry works in moral psychology and political philosophy. She also hosts the The UnMute Podcast, gives various talks for the public, and has two books to her name: UnMuted (a collection of some of the interviews she conducted on her podcast) and The Moral Psychology of Anger, a volume she co-edited with Owen Flanagan (Duke).

Her new book, according to Publisher’s Weekly, “recasts standardized notions that forgiveness is ‘letting go of negative feelings and behavior.’ Instead, Cherry shows how we can ‘change our personal and social relationships with forgiveness’ by relying on an approach that’s ‘philosophically grounded and psychologically supported.'”

This is great! How does a bidding like that happen? Is it something annual?Report