If you are an optimist there is no crisis. Philosophy departments are thriving; even if television isn’t covering philosophical debates Radio 4 is; and the internet offers every kind of philosophy, past and present. Publishers still offer a spectrum of philosophical books. If you are a cultural pessimist, however, the picture looks different. Postwar, we could watch the greatest philosophers of the time talking about the most fascinating ideas. They wanted to reach out to a broad audience and they spoke about vital questions with passion and vigour. It is a great loss not to have access on mainstream media to the best contemporary thinkers on the most pressing subjects of the day.

So writes David Herman in an article in The New Statesman, apparently prompted by the lack of  mainstream media coverage (particularly in Britain) of Derek Parfit’s death. The article laments the disappearance of philosophy from broadcast television and the public’s consciousness more generally. Herman remembers two hour-long television specials on Isaiah Berlin when he died, and episodes in the 1990s on BBC2’s The Late Show (which Herman produced) which frequently featured philosophers. He adds:

However, it wasn’t just late-night discussions featuring talking heads. Philosophy appeared in other areas, too. There was TV drama, from Jonathan Miller’s mid-1960s adaptations of Plato The Drinking Party and The Death of Socrates to Tom Stoppard’s play Professional Foul, about a Cambridge philosopher visiting Prague during the Cold War. The Imitation Game by Ian McEwan introduced many viewers to the ideas of Alan Turing, and Michael Ignatieff’s Dialogue in the Dark was based on a conversation between James Boswell and the philosopher David Hume weeks before the latter’s death. On the BBC, Monty Python’s Flying Circus carried knowing sketches about Jean-Paul Sartre, Karl Marx taking part in a game show, and a football match between Greek and German thinkers. There was a sense of connection between television and the university common room.

Do they not air The Good Place in the UK? I suppose even if they did it is not the same kind of thing as six episodes of conversations with John Searle on Channel 4’s program Voices (which Herman also produced).

But of course, as Herman knows (but doesn’t like) the entire media landscape has changed. Herman’s piece is as much a lament of the loss of a cultural homogeneity forced on people by a paucity of entertainment options, as it is a complaint about the lack of attention philosophy is getting.

If you think that it’s on balance a good thing that we have more than a few television channels with which to entertain ourselves, it’s not clear how moved we should be by Herman’s concerns. After all, there is more philosophy, more varieties of popular media by which to experience philosophy, and more people interested in philosophy than ever before in the history of humanity.

It’s true that we can no longer rely on the lack of options and the power of cultural elites to force people to encounter philosophy. Instead, it is up to us to earn the attention of non-philosophers, to convince them of the value of philosophical thinking.

More philosophers doing that now than at any time in the past. The latest example is here. Feel free to add other examples in the comments. 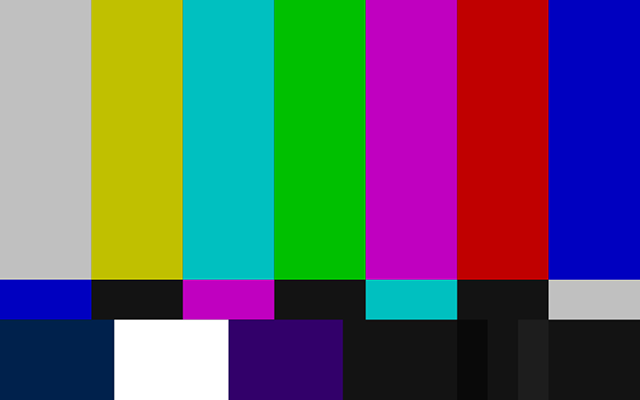 This sort of lament has been a feature of British discourse about intellectuals and intellectual activity for the last 100 years, at least. Herman’s article may be seen as the latest instance of that peculiar genre. Stefan Collini, in his 2007 book Absent Minds, gives a detailed account of it, with heaps of examples for comparison.Report

Being a cultural pessimist about philosophy is compatible with any view about whether things were better or worse in the good old days. Any way you slice it, professional philosophers are a “cultural elite” (to use Justin’s term), who potentially have vital contributions to make to society, but place little importance on communicating with society. The public pays far too little attention to philosophy, and I don’t expect us to take much action to change that.Report

Justin — May I presume that you look favourably upon these changes to the media landscape and the erosion of the power of the cultural elites to “force” people to encounter, e.g., philosophy? If so, is this because you think all of this has had a salutary effect on our epistemic and discursive practices, or just because it means more choices, more entertainment, etc.?Report

Hi Andrew. I do consider the explosion of media options and the accompanying reduction of the power of cultural elites, on balance, to be a good thing. It has led to more content, more varied content, and more high quality content (in a greater variety of formats). It has also, of course, produced a lot of crap, but that isn’t exactly new. We are easily fooled into romanticizing the past; a handful examples of philosophers on TV in the past might get us to believe that such appearances were representative of most TV back then, but they weren’t.

Allowing opportunities for the creation of more options is generally better than taking measures to limit options. Part of this is owed to the bad things typically involved in limiting options, and part of this is owed to it being instrumentally good to have more options. Now, of course, it isn’t always better to have more options—after some quantity they cease to matter much, and there is some research on the disutility of having to choose between too many—but for reasons which I’ll not get into in this particular comment I don’t think we’re anywhere near the point where the benefits of more options are outweighed by their harms. And further, better organization of the options can reduce the disutilities of having too many of them.

What kinds of benefits? Or to use your question: “is this because you think all of this has had a salutary effect on our epistemic and discursive practices, or just because it means more choices, more entertainment, etc.?” Well it certainly means at least the latter.

Has it been good for our epistemic and discursive practices? I’ll admit here that while I’d like the answer to that question to be yes (that’s my native Millian thinking), and while I know the popular answer is hell no (hello soundbites, fake news, and Jersey Shore), the honest answer is that I don’t know—for a few reasons.

For one thing, the causal story is supercomplicated with lots of possible inputs. Even if we think that our epistemic and discursive practices have worsened, it’s not clear to what extent too much bad TV is a cause, rather than a symptom, of the problem. Second, it isn’t obvious to me that our epistemic and discursive practices have worsened, or if instead we’re letting the memorableness of some howlers positively distort our judgments of their frequency. Third, even if the media explosion reduces the quality of discourse, it may be because it facilitated entry into that discourse by those not well-practiced in it and who under old-fashioned media circumstances would not have been prompted to participate, and we might think that increased participation is good (even if it lowers the average quality of the discourse).Report