Philip J. Ivanhoe, currently Distinguished Chair Professor in the College of Confucian Studies and Eastern Philosophy at Sungkyunkwan University in Seoul, South Korea, and director of the Sungkyun Institute for Confucian Studies and East Asian Philosophy , will become chair of the Department of East Asian Languages and Cultures at Georgetown University. 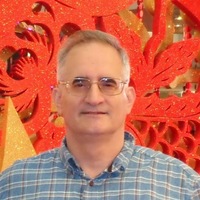 Professor Ivanhoe, who moved to Sungkyunkwan from City University of Hong Kong in 2018, is known for his work in Asian philosophy, especially Confucianism, Buddhism, and ethics. He is the author of, among other things, Confucian Moral Self Cultivation. You can learn more about his research here and here.

He takes up his new position at Georgetown, which may include a joint appointment with Department of Philosophy there (though nothing official in that regard has been announced yet), in July.

(via Justin Tiwald, who noted an announcement of the move at Warp, Weft, and Way.)