The 2020 Rolf Schock Prize for Logic and Philosophy has been awarded to two philosophers from Stockholm University, Dag Prawitz and Per Martin-Löf. 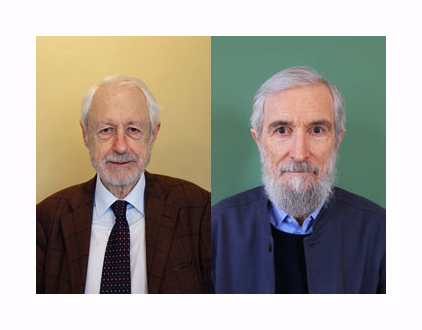 Logic is the study of what makes some arguments or inferences valid and others not. Dag Prawitz and Per Martin-Löf, from Stockholm University, are emeritus professors in theoretical philosophy and logic, respectively, specialising in proof theory and constructivist philosophy of mathematics. They are both members of the Royal Swedish Academy of Sciences and have been nominated by scholars all over the world.

Dag Prawitz’ doctoral thesis, from 1965, in which he presented reduction to normal form in natural deduction, quickly became a classic that is still viable today. A proof in normal form has a clear structure, which makes it possible to determine important properties of proofs. Natural deduction is a system of simple rules for how to arrive at a particular conclusion from given premises, and now plays a central role in modern verificationist philosophy of language.

Initially, Per Martin-Löf also worked in proof theory, cooperating closely with Prawitz. In the 1970s, he created a constructive version of type theory, a formal language in which it is possible to express constructive mathematics. Here, a proof of a mathematical statement can be regarded as a program for verifying the statement. Constructive type theory also functions as a powerful programming language and has had an enormous impact in logic, computer science and, recently, mathematics.

Schock Prizes are awarded in four categories: Logic and Philosophy, Mathematics, Visual Arts, and Musical Arts. They were established by bequest of Rolf Schock, a philosopher and artist, and awarded by the Royal Swedish Academy of Sciences.

Such a great thing to be regonised for philosophy work. Congrats. I have read four of these philosophers and they all had an impact on my knowledge base and opened my viewpoint to logic, ethics, morals and other philosophical identities. Thanks and congrats.Report