Is there reason to be concerned about academic freedom and editorial autonomy at journals published by Wiley? 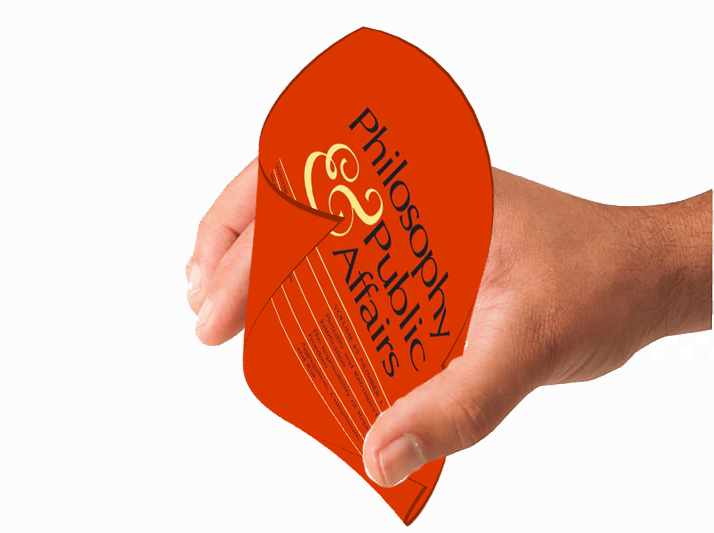 The recent issue of Philosophy & Public Affairs, published by Wiley, includes a note from the editors in which the following appears:
Jonathan Quong and Anna Stilz are now the Acting Co-Editors of the journal,and Anna Stilz has been nominated by the associate editors to replace Dean Satz as the next Editor-in-Chief. The associate and advisory editors are extremely grateful to Anna for her willingness to take on this demanding role, and we look forward to her nomination being confirmed by our publisher, Wiley.
The passage raised suspicions in one reader, who shared it with me in light of problems of publisher interference at another Wiley journal (the European Law Journal). Why announce that Professor Stilz’s nomination as editor-in-chief had yet to be approved by the publisher?
It appears that the associate editors nominated Professor Stilz this past September. That means Wiley has had plenty of time to approve her as editor-in-chief. So is this another example of the publisher trying to control a journal by failing to go along with the decisions of its editorial team, and possibly installing an alternate editor-in-chief of its own choosing?
I currently have inquiries out on this matter and will report back upon learning more.

Does Wiley own this journal? Or is it (merely) its publisher?Report

As the editor at Princeton University Press that helped launch this journal in 1971 with Marshall Cohen as editor and Tom Nagel and Tim Scanlon as associate editors, I can tell you that although the idea for the journal came out of discussions within the Society for Philosophy and Public Affairs, the journal was independent of that Society and in no way controlled by it. Rather, the Press entered into a contract with Marshall Cohen with the journal recognized as a journal wholly owned by the Press. Later, after I left in 1989, its ownership was assumed by Blackwell and then, of course, by Wiley when Blackwell and Wiley merged. The choice of editor, while consultation with the editorial board was expected, was completely controlled by the Press legally.Report

This sort of thing seems to be along the same lines of state university tenure appointments needing to be confirmed by the state Board of Reagents (or whatever the relevant state entity is). No one thinks academic freedom is somehow under attack because a political body needs to give its rubber stamp approval for tenure appointments, right? If this step turned into something other than a rubber stamp, or if state BoRs started denying tenure based on political/ideological reasons, then that would be an issue, but that’s not where we are.Report

One reason to think that it is not merely a rubber stamp matter is what appears to be the unusual amount of time the publisher is taking to approve the associate editors’ decision.Report

Do we have any reason to believe the length of time is nefarious instead of the usual problems with publishers not responding in a timely manner?

All of this aside, it’s not clear at this point why we bother with these publishers. It would cost almost nothing to host these journals online, the articles could be available for free or close to it, etc.Report

10 staff and $2 million in expenses is ridiculously cheap to be providing the majority of publishing services for multiple complete academic disciplines. Just for comparison, if we assume the $200 subscription fee for Phil Studies or Synthese at face value as the fee paid by institutions, then we would run up $2 million in expenses just by getting 500 institutions to subscribe to 20 journals, which would still not provide anything like the range of publications that the arXiv does.Report

Oh sure, the costs are small fry compared with what’s currently being paid for access to journals. But it’s a hell of a cost if starting from scratch, which I take is the assumption behind a lot of the ‘why can’t we just do this ourselves, with a website and a grad assistant?’ talk.

Congrats to Jon and (especially) Annie (if she’s taking over for the long haul by herself)!Report

I have been closely associated for several decades with Wiley in connection with three journals that they publish, as Editor first and then as Editor-in-Chief. Never, in any way whatsoever, has Wiley (or earlier Blackwell) violated the editorial prerogatives of the philosophers who have served as Editors of any of these journals, or so much as tried to influence any editorial decisions of policy or of any sort at all. These journals are: Nous, Philosophy and Phenomenological Research, and Philosophical Issues. Over these decades, expert philosophers have enjoyed complete autonomy over all editorial matters without exception..The Wiley (and earlier the Blackwell) editors have my complete respect for their wisely professional and efficient support of our journals.Report

Justin, I usually find the posts you make worthwhile, whether I agree with your take or now. However, this seems to me to be blatant sensationalism. Perhaps there is a problem here, but rather than waiting until your “inquiries” actually provide you with real information, you post this garbage that neither informs nor clarifies anything. Quite disappointing.Report

“I currently have inquiries out on this matter and will report back upon learning more.” Alright Columbo.Report

This one does seem a bit quick on the trigger: maybe it takes a while to confirm these things, maybe it would have been more charitable to reach out to them directly rather than flaming them on a blog, and so on.Report