“Philosophers have an important role to play in bridging theoretical reflection with everyday life.”

Those are the words of Julinna Oxley, professor of philosophy at Coastal Carolina University, in “How to Be a (Good) Philosopher-Activist“, an article in the recent special issue of Essays in Philosophy on activism and philosophy, edited by Ramona Ilea (Pacific University). 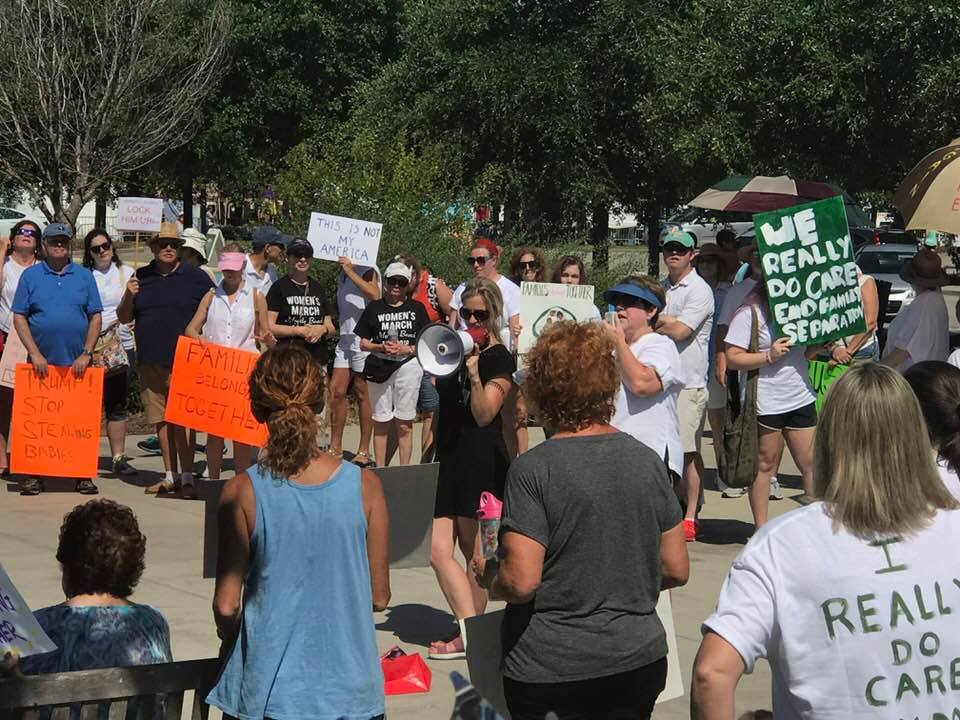 Professor Oxley is the co-founder of Grand Strand Action Together, a South Carolina non-profit group “devoted to protecting and defending our democracy and the American democratic ideals of liberty, equality, and justice.”

In her article, she draws on her experiences as a philosopher and activist to provide some advice for other philosophers interested in activism, which she takes to be collaborative action aimed at social change. With such collaborative efforts, people can do what they’re good at. For philosophers, that might mean “contributing philosophical reflection, writing skills or oral argumentation,” and doing so with “rational integrity.”

A good philosopher-activist resists the impulse to “use zingers to insult the opposition” or “cut corners and be intellectually lazy” when they think they can get away with it. And they develop certain qualities:

Tact: “the ability to listen to another person and respond to them without over-reacting, being defensive, belittling them, or losing one’s cool” as well as “knowing when to make an objection and knowing when to let something go.”

Sociality: “we must recognize when it is appropriate in a conversation to take off the philosopher hat and just be a person and develop the ability to connect with a wide range of people”

Cooperativeness: “philosophers should seek to be collaborative as activists. This is, in fact, the heart of activism: connecting with others, creating new networks, building coalitions, recruiting new members, strategizing with others about how to accomplish shared goals and thinking creatively about how to address power structures”

Humor: “maintaining a sense of humor while railing at the world’s injustices is one of the best ways to avoid burnout and to remain engaged”

Some people are concerned about philosophy professors and other academics being activists. One worry is that political engagement may bleed into one’s academic work, biasing what is supposed to be dispassionate rational inquiry. That’s a risk for those who work in areas related to one’s activist interests, but note it could also be the other way around, that one’s political views are a product of one’s scholarship. And it isn’t always the case that political bias manifests itself in problematic ways in an academic context: if someone is spurred to research a particular topic because of its political significance to them, that doesn’t itself seem objectionable.

Another worry concerns academics indoctrinating their students in the classroom. No one argues for such indoctrination, of course—that’s just bad teaching. But there may be an appropriate role for the philosopher-activist as teacher, Professor Oxley suggests: “philosopher-activists can use [their] skills to help students learn how to reason well, how to detect faulty arguments, how to develop their ideas, etc., ” and through one’s choice of readings and assignments “encourage students to think about particular issues”.

My own view is that a central task of philosophy, both in teaching and research, is articulating what we don’t know and the varied ways in which it is difficult and complicated to know anything. This view of philosophy may seem to be in tension with philosopher-activism, but it isn’t necessarily. It really it is at odds with dogmatism, and activists need not be dogmatic. Philosophers are people, too, and are not disqualified by their career choice or their appreciation of our epistemic difficulties from having political opinions. And if philosophers may justifiably have political opinions, on what grounds could we object to them taking some actions to convince others of them, provided they can do that without compromising their obligations as philosophy professors? So I think a blanket rejection of the philosopher-activist is untenable.

The question is, if you’re going to be a philosopher-activist, how can you do it well? Professor Oxley’s essay is one answer. Feel free to critique it or suggest your own.

(By the way, all of the articles in this special issue of Essays in Philosophy are currently freely accessible.)

You have to pick them up as being an activist as a philosopher is a passive-aggressive strategy. Most arguments are a similar construct of hypothetical possibilities arranging variables that create the active desire of arranging oneself in the world as an activist improbable. Classic philosophy is a debate on metaphysics and knowledge. Our problem with knowledge and metaphysics or the ultimate causality of behavior and science, is rejecting something a philosopher may propose as a skilled philosopher does not need to argue but will have the capacity to make sweeping claims and explain. I believe this is done best with written word either through the newest technologies. An example of rejection would be how Schopenhauer rejected Kants Transcdental Idealism on knowledge and metaphysics, regardless if it is old, it still holds that Science after Heidegger was wrong about metaphysics. I am a graduate with a major in Philosophy and Psychology and the faculty just fights over the chair, they don’t help and they just make fun of each other.Report

Yesterday, I put a response to this post on BIOPOLITICAL PHILOSOPHY. You can read/listen to my post, entitled “The Fallacy of the Good Philosopher-Activist,” here: https://biopoliticalphilosophy.com/2020/02/18/the-fallacy-of-the-good-philosopher-activist/

While you are at BIOPOLITICAL PHILOSOPHY, be sure to check out the latest installment of Dialogues on Disability in which I interviewed Cecilea Mun. In the interview, Cecilea talks at length about her experiences as a minority/underrepresented adjunct in philosophy. My interview with Cecilea is here: https://biopoliticalphilosophy.com/2020/02/19/dialogues-on-disability-shelley-tremain-interviews-cecilea-mun/Report

I like the article, but it seems unfair to Kathleen Stock, the one example of a bad philosopher-activist. It suggests that she obfuscates because, “while she claims that she ‘would never say that all or most trans women are violent,’ she writes that ‘we have no evidence that self-declared trans women deviate from male statistical norms in relevant ways.’” The suggestion is that this is inconsistent and so obfuscating. But there is no inconsistency here, assuming that most males are not violent.Report

In response to this: “Another worry concerns academics indoctrinating their students in the classroom. No one argues for such indoctrination, of course—that’s just bad teaching.” In my experience, it is not true that “no one argues for such indoctrination, of course.” Members of the profession have told me directly that they view it as part of their job to instill specific political beliefs in students and encourage them to engage in specific forms of political activism. In many cases, this would have been obvious to an alert observer, even without the explicit confirmation.

And in response to this: “One worry is that political engagement may bleed into one’s academic work, biasing what is supposed to be dispassionate rational inquiry.” This sort of concern needn’t be premised on the (very likely) impossible standard (for humans) of being dispassionate or restricted to evaluating academic pursuits. Instead, one might simply object to the approach of, to paraphrase the Queen of Hearts: “Conclusion first—evidence afterward (if at all).”Report