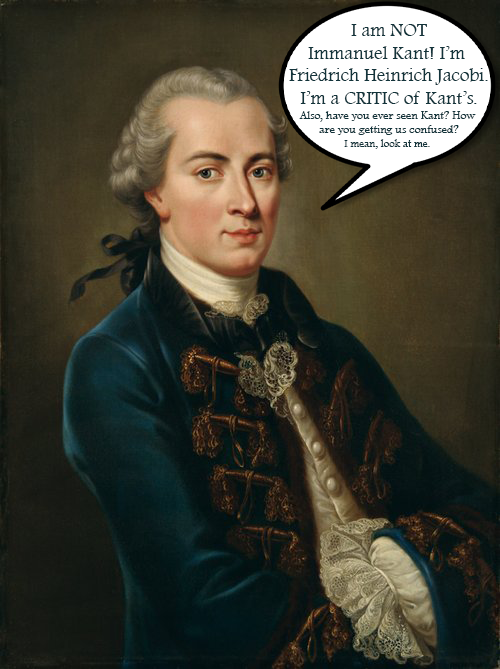 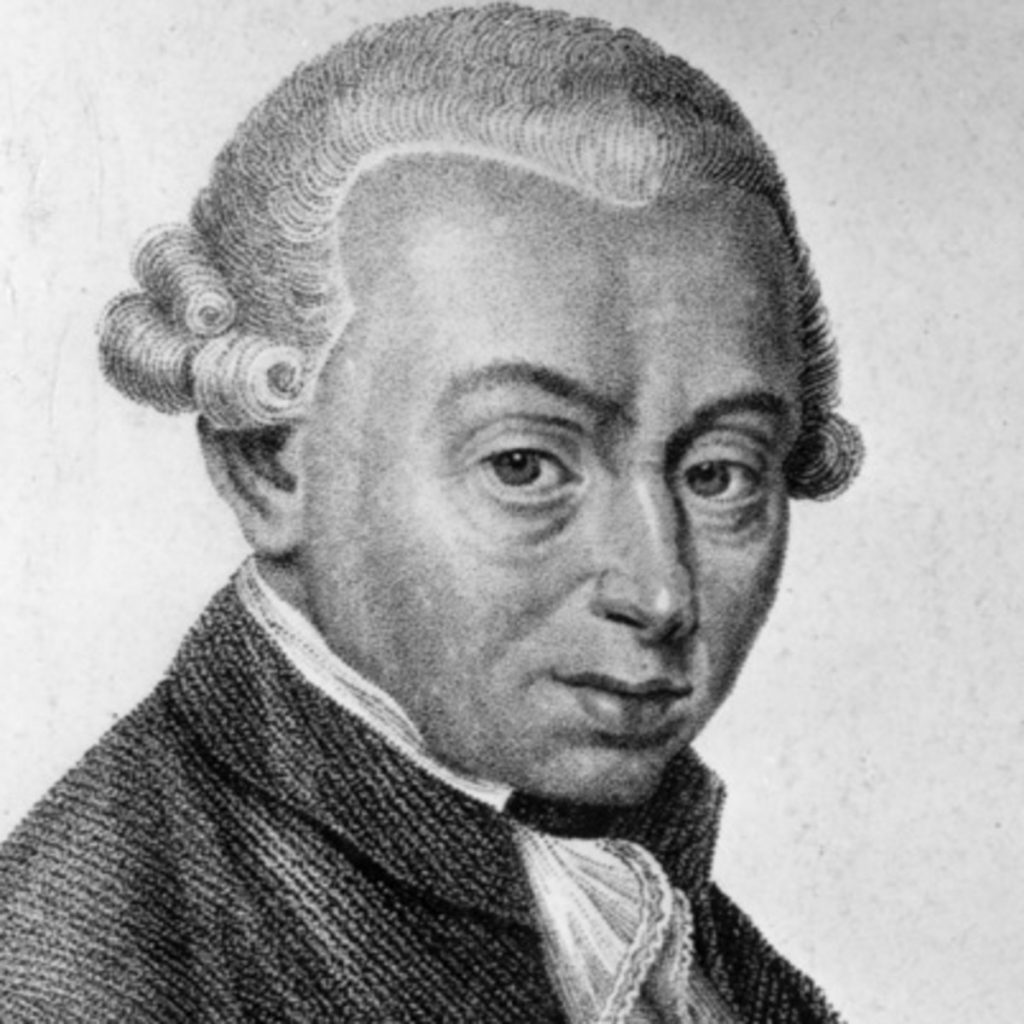 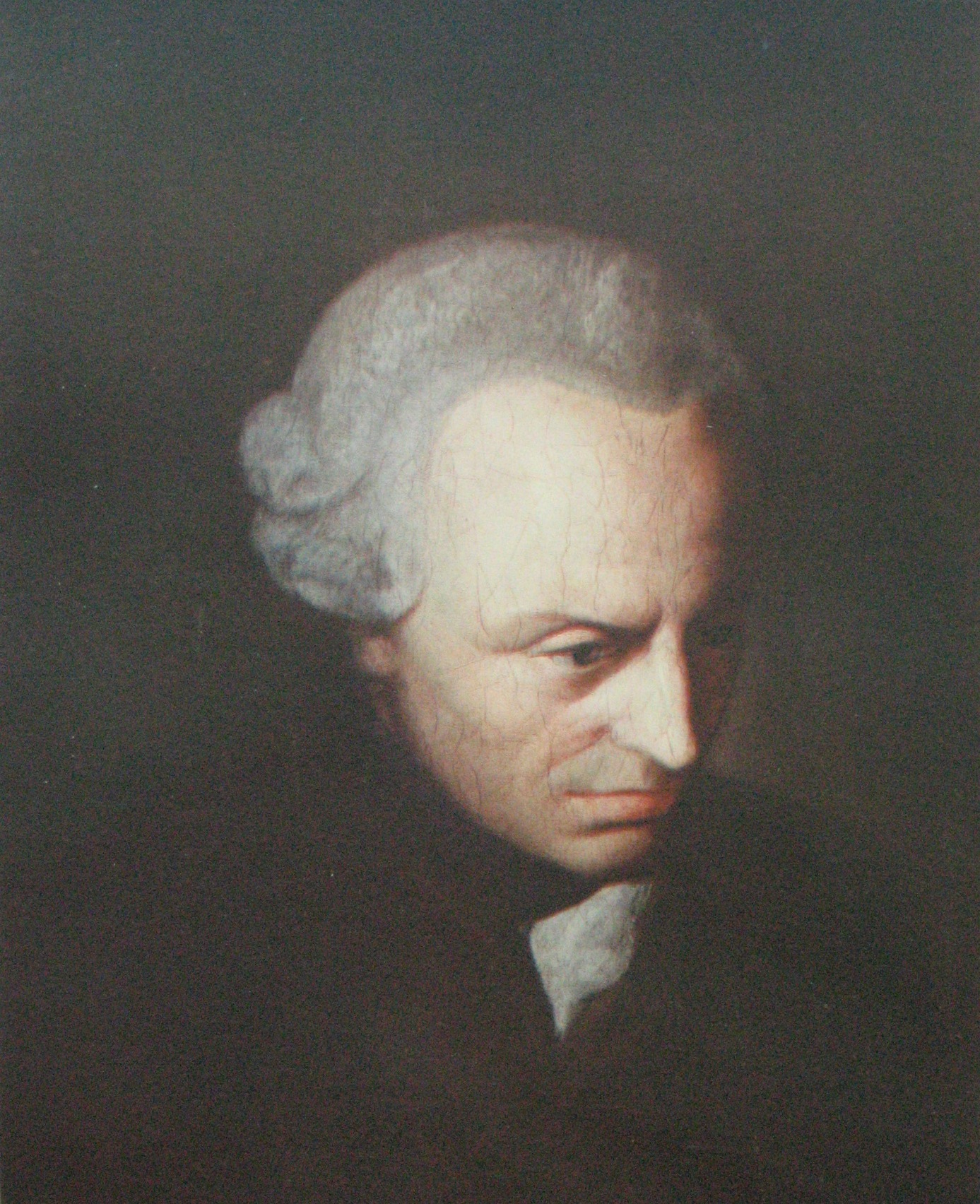 [Update (3/27/22): the above replaces the version of the Graff/Stägemann portrait originally included in this post, an image of which is below, that was apparently a left-right reversed version of the original painting: 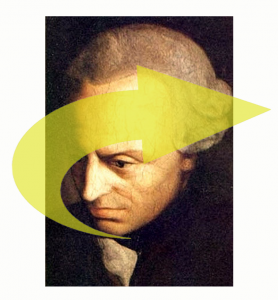 Thanks to Daniele Procida for pointing this out, and for also bringing to my attention a collection of Kant portraits from which I pulled the following badass snake-framed one:] 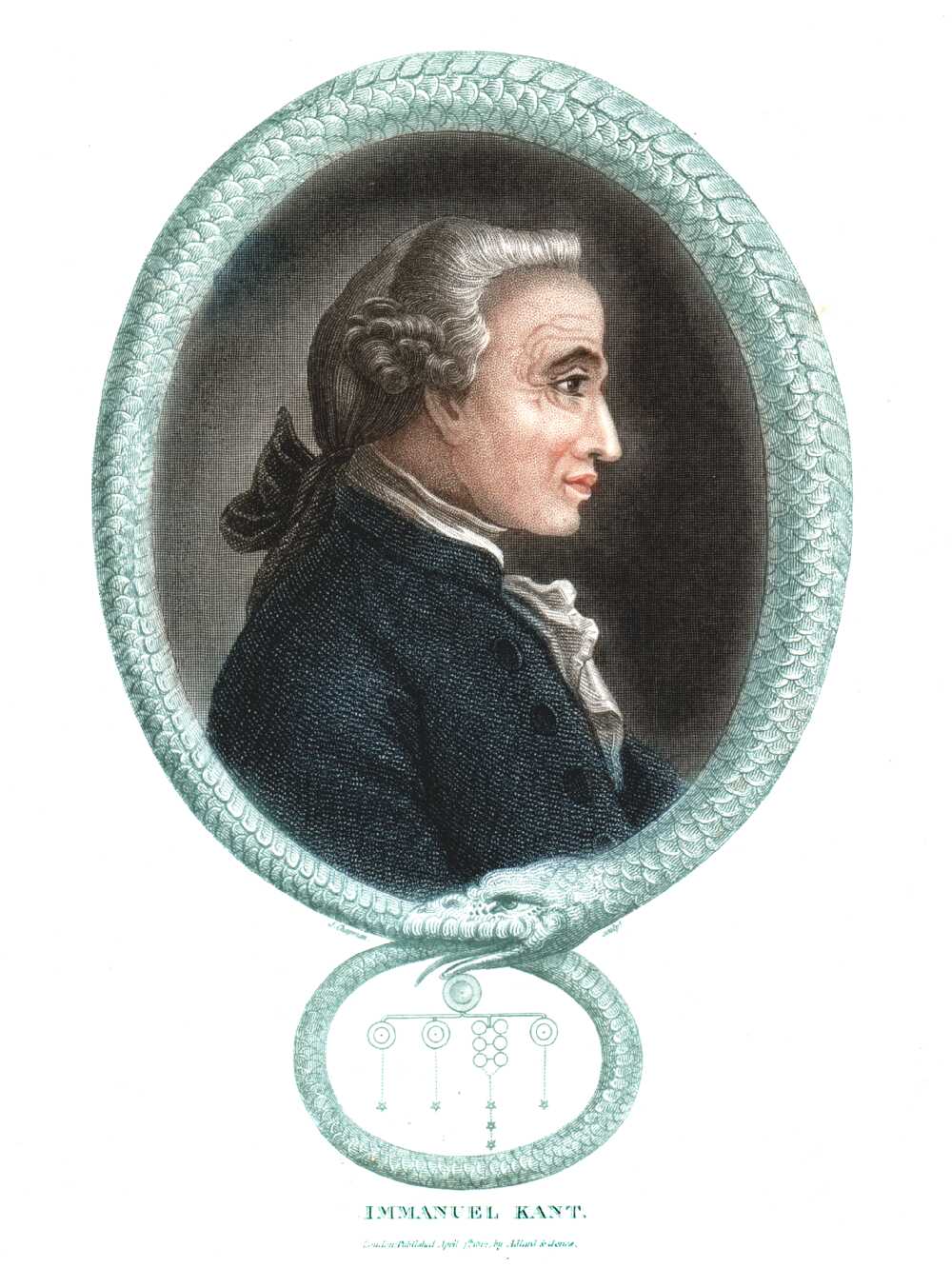 And here Kant is, as illustrated by my daughter: 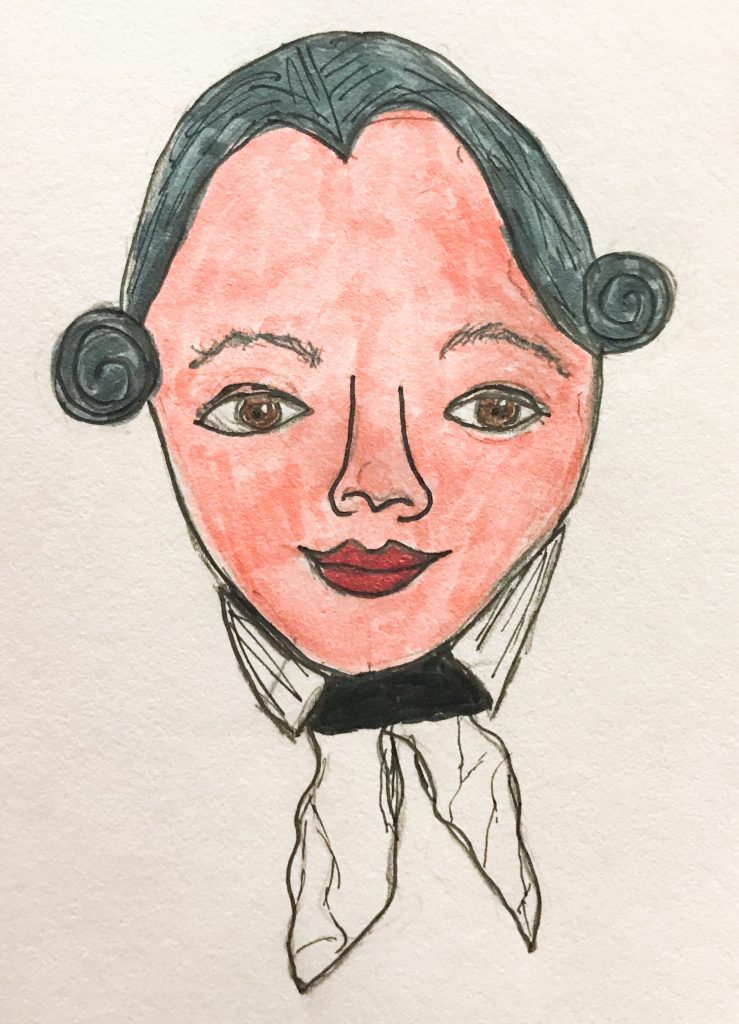 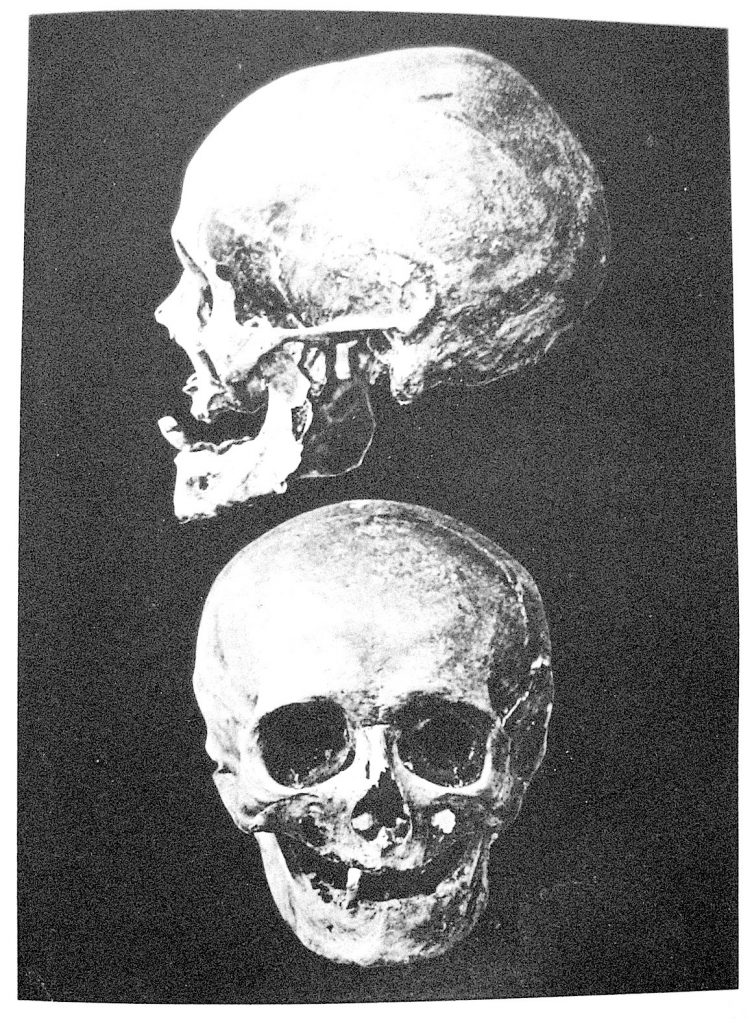 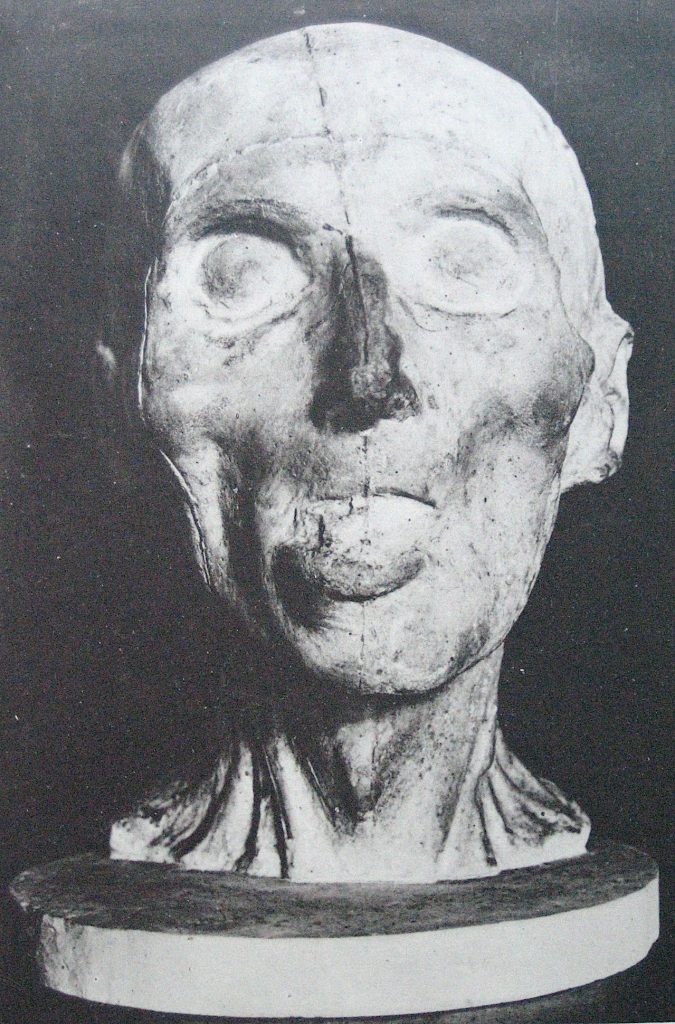 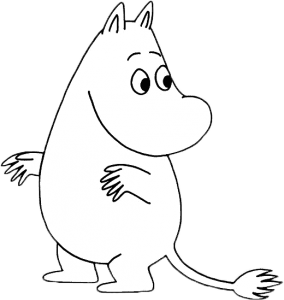 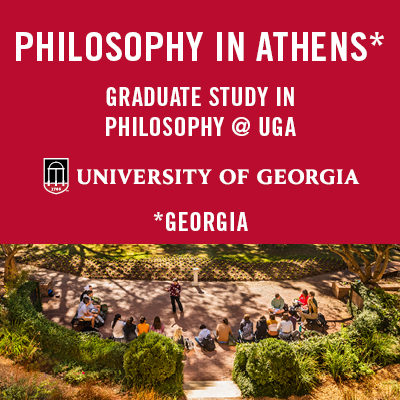 Many thanks for posting this Justin! Also thanks for the photos of Kant’s skull, fascinating! One tiny remark: I am doing my PhD at Essex, not Sussex 😉Report

Essex, Sussex, Kant, Jacobi — how can people be expected to keep these things straight?
(Thanks for letting me know. I made the correction. Sorry about that.)Report

Is Kant suffering as a result of this misidentification?Report

You know that doesn’t matter!Report

At least they’re not using the Kant lookalike mentioned in this post: http://dailynous.com/2014/09/19/philosopher-celebrity-lookalikes/Report

Same thing happens recurrently with Steinbeck and his friend Ed Ricketts (https://www.ecosia.org/images?q=ed+ricketts) and I think the overlapping reason is that Ed was handsomer than John.

I think there’s interesting psychology to uncover there: the tacit assumption or desire that a beautiful mind would go with a beautiful face or some such.Report

Russell Shorto, in his book Descartes’s Bones, provides a fascinating discussion of some of the historical controversies about Descartes’s appearance — from the famous Frans Hals portrait to alleged copies of Descartes’s skull.Report

Steven Jay Gould wrote about a phenomenon in science illustration such that the first pictures (usually drawings) that got into texts were reproduced almost without question as accurate, when, in fact, they were not. He cites Duhrer’s drawing of a rhino with armor plating and other misrepresentations that, nonetheless, became the standard for European depictions of rhinos for decades. the unquestioned acceptance of what has been accepted, even if in error, he says occurs in most fields of science and especially in anatomy, biology, anthropology and such.

I think this is what has happened with drawings of Kant and others, not just philosophers. The “experts” say that first painting was Kant, hence it became a portrait of Kant. This is unfortunate but does no real harm, whereas Gould points out that incorrect anatomical drawings might harm actual patients of doctors and so forth, also inaccurate drawings of toxic plants….hmm…Report

If you would like to see one (of two remaining) casts of Kant’s face, then come to University of Tartu, we have it on display.Report

Sometime I have the impression that people of that time had all the same face.Report

I now want to do a book on Kant just so I can use the plaster cast photo on the cover.Report

I could swear this was an issue well before 2017, no? Maybe I’m wrong, but I seem to remember reading about the image of Jacobi being used on bootleg copies of Kant books.Report

I don’t think the portrait resembles real Kant
Every great philosopher has a grumpy face, not such a pleasant faceReport

In the ‘badass’ portrait: not a simple snake — an ouroboros 🙂Report