“In the midst of this general sharp decline of the humanities, philosophy’s admittedly small and partial recovery stands out.”

So writes Eric Schwitzgebel, professor of philosophy at University of California, Riverside, in the following guest post about the number and types of students majoring in philosophy. The post originally appeared at his site, The Splintered Mind. 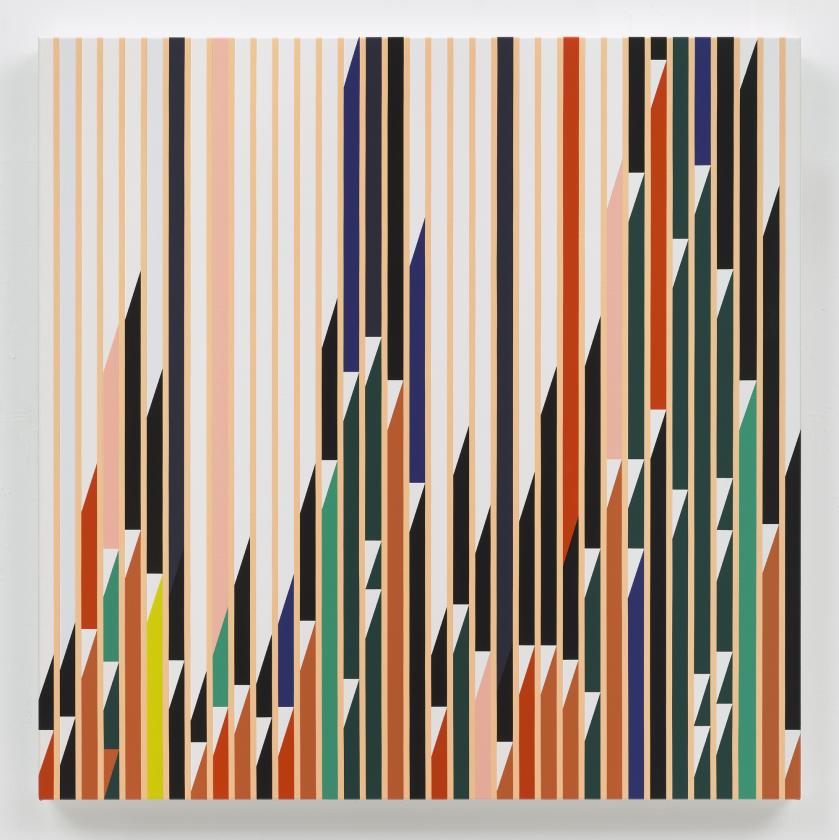 [Sarah Morris, “Your Words Become Mine”]

The Philosophy Major Is Back on the Rise in the U.S., with Increasing Gender and Ethnic Diversity
by Eric Schwitzgebel

In 2017, I reported three demographic trends in the philosophy major in the U.S.

Second, women had been earning about 30-34% of Philosophy Bachelor’s degrees for at least the past 30 years — a strikingly steady flat line.

Time for an update, and it is moderately good news!

1. The number of philosophy Bachelor’s degrees awarded is rising again

[See below for methodological note]

In the midst of this general sharp decline of the humanities, philosophy’s admittedly small and partial recovery stands out.

This might not seem like a big change from 30-34%. But in my mind, it’s kind of a big deal. The percentage of women earning philosophy BAs has been incredibly steady for long time. In comparable annual data going back to 1987, the percentage of women has never strayed from the narrow band between 29.9% and 33.7%.

The recent increase is statistically significant, not just noise in the numbers: Given the large numbers in question, 36.1% is statistically higher than the previous high-water mark of 33.7% (two-proportion z test, p = .002).

(As you probably already know, the gender ratios in philosophy are different from those in the other humanities, where women have long been a larger proportion of BA recipients — for example in 2018 41% in history, 70% in foreign languages and literatures, and 71% in English language and literature.)

The percentage of philosophy BAs awarded to students identifying as Latino or Hispanic rose steadily from 8.3% in 2011 to 14.1% in 2018, closely reflecting a similar rise among Bachelor’s recipients overall, from 8.3% to 13.0% across the same period. Among the racial or ethnic groups classified by NCES, only Black or African American are substantially underrepresented in philosophy compared to the proportion among undergraduate degree recipients as a whole: Black students were 5.3% of philosophy BA recipients in 2018, compared to 9.5% of Bachelor’s recipients overall.

Latinx students are also on the rise in the other big humanities majors, so in this respect philosophy is not unusual.

4. Why is philosophy bucking the trend of the decline in humanities?

In 2016, 2528 women completed BAs in philosophy. In 2017, it was 2646. In 2018, it was 2768—an increase of 9.5% in women philosophy graduates. If we exclude the women, philosophy would have seen a slight decline. There was no comparable increase in the number of women graduating overall or graduating in the other humanities. Indeed, in history, English, and foreign languages the number of women graduates declined.

One possibility—call me an optimist!—is that philosophy has become more encouraging, or less discouraging, of women undergraduates, and this is starting to show in the graduation numbers. I will be very curious to run these numbers again in the next several years, to see if the trend continues.

I do feel compelled to add the caveat that the number of women philosophy graduates is still below its peak of 2983 in 2012. The recent increases are in the context of a more general, broad based decline in philosophy and the other humanities in the past decade. On the other hand, since philosophy graduation rates were relatively high in the early 2010s compared to previous years, maybe it would expecting a lot to return to those levels.

Data from the NCES IPEDS database. I looked at all U.S. institutions in the IPEDS database, and I included both first and second majors. I used the major classification 38.01 specifically for Philosophy, excluding 38.00, 38.02, and 38.99. Only people who completed the degree are included in the data. “2010” refers to the academic year from 2009-2010, etc. The numbers for years 2010-2016 have changed slightly, which might be due to some minor difference in how I’ve accessed the data or due to some corrections in the IPEDS database. Gender data start from 2010, which is when NCES reclassified the coding on undergraduate majors. Race/ethnicity data start from 2011, when NCES reclassified the race/ethnicity categories.

Philosophy is facing a lot of challenges in Nigeria. But philosophy of education association of Nigeria(Pean) is doing a lot to challenged the situation.Report

I have an hypothesis about the increase/steady state in the number of philosophy credentials. I think philosophy has responded to the threat of declining enrolments by asserting connections to other disciplines and lines of study — this can range from PPE/pre-law to education to the natural sciences and cognitive science. This connectedness to other disciplines combined with a concerted effort to being more welcome to women and diverse students keeps philosophy in a steady state. Philosophy, it turns out, is much more nimble than other humanities disciplines in showing why it matters.Report

I totally understand the desire to be optimistic about these figures, but they really are a catastrophe for philosophy. The discipline has in effect lost 1/3 of its market share in a few short years. In a company, this would be a red alert situation in which the entire senior management team would be fired (or close to being fired) and lenders would begin checking their financial covenants to decide whether loans might need to be called in. Philosophers should not underestimate the significance of losing their students. It could mean the death of the discipline.Report

What Incanenza says is not shown by the figures, because they show numbers of majors, not credits. Eric — do you have any stats on credits completed? In almost all departments, a large majority of credits are taken by non-majors. That’s out market.Report