Sarah Moss, professor of philosophy at the University of Michigan, has won the 2019 Sanders Prize in Epistemology.

The Sanders Prize in Epistemology is awarded for the best submitted essay of original research in epistemology by either a scholar who is within fifteen years of receiving a Ph.D. or a current graduate student. 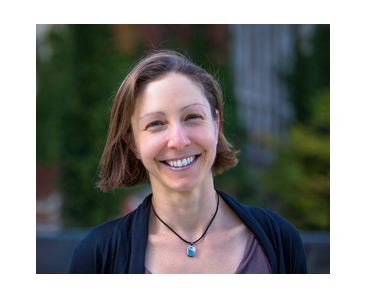 Professor Moss won the prize for her essay, “Knowledge and Legal Proof.” Here’s the paper’s abstract:

Contemporary legal scholarship on evidence and proof addresses a host of apparently disparate questions: What does it take to prove a fact beyond a reasonable doubt? Why is the reasonable doubt standard notoriously elusive, even sometimes considered by courts to be impossible to define? Can the standard of proof by a preponderance of the evidence be defined in terms of probability thresholds? Why is merely statistical evidence often insufficient to meet the burden of proof?

This paper defends an account of proof that addresses each of these questions. Where existing theories take a piecemeal approach to these puzzles, my theory develops a core insight that unifies them—namely, the thesis that legal proof requires knowledge. Although this thesis may seem radical at first, I argue that it is in fact highly intuitive; in fact, the knowledge account of legal proof does better than several competing accounts when it comes to making sense of our intuitive judgments about what legal proof requires.

The prize is $5,000 and publication of the essay in Oxford Studies in Epistemology.

Honorable mention for the Sanders Epistemology Prize went to Thi Nguyen, associate professor of philosophy at Utah Valley University for his paper,  “Trust as an Unquestioning Attitude.” Here’s the abstract of the paper:

Most theories of trust presume that trust is a conscious attitude that can be directed at only other agents. I sketch a different form of trust: the unquestioning attitude. What it is to trust, in this sense, is not simply to rely on something, but to rely on it unquestioningly. It is to rely on a resource while suspending deliberation over its reliability. To trust, then, is to set up open pipelines between yourself and parts of the external world—to permit external resources to have a similar relationship to one as one’s internal cognitive faculties. This creates efficiency, but at the price of exquisite vulnerability. We must trust in this way because we are cognitively limited beings in a cognitively overwhelming world. Crucially, we can hold the unquestioning attitude towards objects. When I trust my climbing rope, I climb while putting questions of its reliability out of mind. Many people now trust, in this sense, complex technologies such as search algorithms and online calendars. But, one might worry, how could one ever hold such a normatively loaded attitude as trust towards mere objects? How could it ever make sense to feel betrayed by an object? Such betrayal is grounded, not in considerations of inter-agential cooperation, but in considerations of functional integration. Trust is our engine for expanding and outsourcing our agency—for binding external processes into our practical selves. Thus, we can be betrayed by our smartphones in the same way that we can be betrayed by our memory. When we trust, we try to make something a part of our agency, and we are betrayed when our part lets us down. This suggests a new form of gullibility: agential gullibility, which occurs when agents too hastily and carelessly integrate external resources into their own agency.

The prize is awarded and funded by the Marc Sanders Foundation, and administered by Tamar Szabó Gendler, Dean of the Faculty of Arts and Sciences and Vincent J. Scully Professor of Philosophy and Professor of Psychology and Cognitive Science at Yale University.

One can convince one self while viewing a great collection of scientific works that nearly each master had a different way of approaching nature. In our opinion, what is required in science is the same thing that is required
in art, namely “taste” and “judgment.”Report