You may know Daniel Groll, associate professor of philosophy at Carelton College, for his work in biomedical ethics. You may also know him as the singer for The Counterfactuals, an indie rock band that is 3/4 philosophers.

Well, now you have the opportunity to get to know him as one half of the kids-music duo Louis and Dan and the Invisible Band. The other half of the group is Louis Epstein, assistant professor of music at St. Olaf College. They just released their second album, Let’s Imagine, which you can check out on Spotify and Bandcamp (and Amazon). 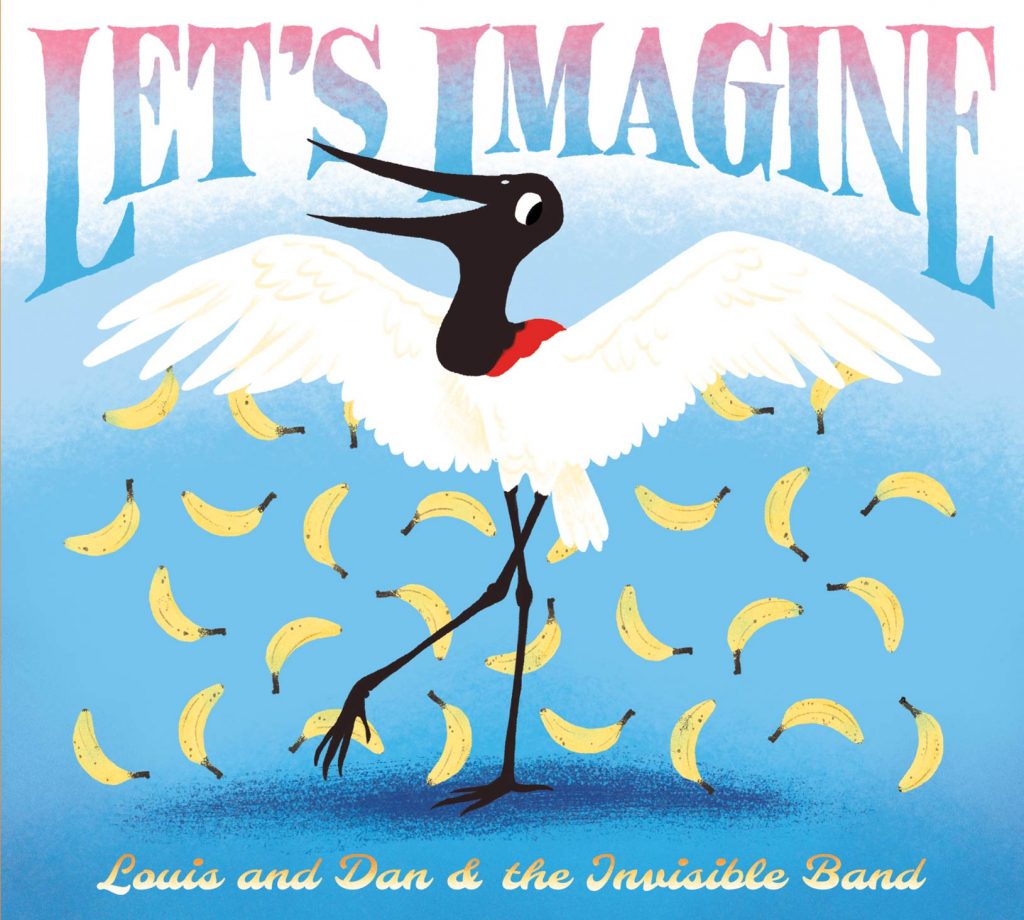 I asked Professor Groll about making music for kids. He responded:

Trying to say something insightful about what makes for good kids’ music is, it turns out, no easier than trying to say something insightful about what makes for good music, full stop. In a recent New York Times article on kids’ music, my bandmate and musicologist Louis Epstein identified transgression as a key element in songs that kids love. No doubt that is often true (if your kids are like mine, the words to Baby Shark got modified in a pretty dark direction pretty quickly). A group like Koo Koo Kangaroo appeals, in part, because they transgress. But it’s not so hard to think of fabulous kids’ music that isn’t particularly transgressive. The Okee Dokee Brothers aren’t transgressive and neither are Sharon, Lois, and Bram (who, by some measure, are the biggest selling kids’ music artists of all time). They just write really good music.
So, good kids’ music does what all good music does: it mixes the expected with the unexpected in a way that rewards repeated listening. At least, that’s what we’re aiming for in our writing. We really try to write songs that we—and by extension other adults—want to listen (again and again), even though the target audience is kids.
Two more observations about writing music for kids. First, it’s lovely not to feel bound by genre in putting together a record: we’ve got everything from indie rock (Anna McNewfriend), to psuedo-borscht belt comedy (Have a Banana—which is also an homage to the great Rafi song “Bananphone”), to New Orleans-style jazz on this record. Second, writing words for kids’ songs is tougher than writing works for indie rock simple because the all lyrics need to make sense. Being merely evocative or impressionistic—which is kind of my go-to mode for indie lyrics—just won’t work.
Play it for the kiddos and see what they think.
(And if they need more, here’s their first album.)

*Get a PhD in Philosophy.*

*Write and publish a song about warming meatballs in your undies.*Report