Charles Lassiter, associate professor of philosophy at Gonzaga University, knows more about my tweeting than I do. Why?

Well, for one thing, he also knows more about statistical analysis than I do. But more to the point:

Professional philosophy feels like a club where there are insiders and outsiders. Insiders get to refer to famous people by first name and tell silly stories about them. Outsiders smile politely. Social media—and the Interwebs in general—is, I think, one way that the playing field might get leveled…

I emailed Dr. Justin Weinberg (I can call you “Justin” now, right? We’re buddies. Oh the many silly things we’ve talked about and done…). I wanted to run the idea past him of analyzing and blogging about the @DailyNousEditor account—hereafter referred to as ‘DN’. He kindly agreed and expressed interest in the results.

(Of course you can call me Justin, Charlie—fun times raiding Hume’s wine cellar with you the other day!)

And so Professor Lassiter began his analysis. In a series of posts, he reports on what he found out along the way, including:

And then there is this:

If you felt that the DN Twitter account was largely about sex & gender or diversity or any other New Infantilism issues in particular, you’d be mistaken. It’s largely about the profession in broad strokes.

Professor Lassiter’s conclusion is based on his analysis of the words in my tweets: 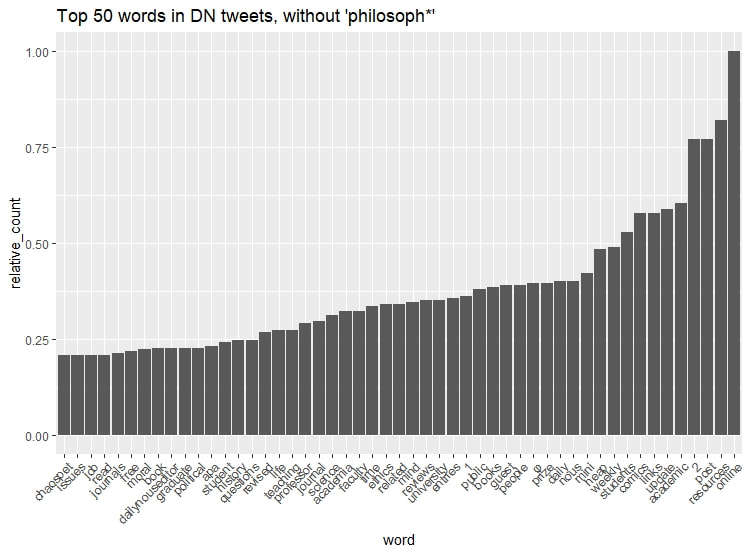 This confirms what we saw above: DN’s Twitter is largely about online philosophy resources aimed at the profession writ large. Folks who are looking for resources in the profession would do well, it would seem, to follow DN on Twitter.

I have to confess that I thought the DN Twitter account was largely about sex and gender issues (i.e. the TERF wars) and chronically linking to folks fighting that battle. When looking at all the data, my suspicion was wrong. DN’s Twitter, more often than not, talks about resources for and within the profession.

As it says at the top of the page:

I’d like to thank Professor Lassiter for conducting this analysis and posting about it at his blog, Soaked Feet, Bone-Dry Cuffs. As regular readers know I often identify the availability heuristic as a culprit in people’s mistaken impressions about various aspects of academia, so I appreciate Professor Lassiter work here, which suggests that it was operative in his, and perhaps others’, thinking about DN.

It’s also useful information for me. I think it will spur me to engage with a broader range of people on Twitter on a wider range of subjects. Maybe I’ll see you there: @dailynouseditor. 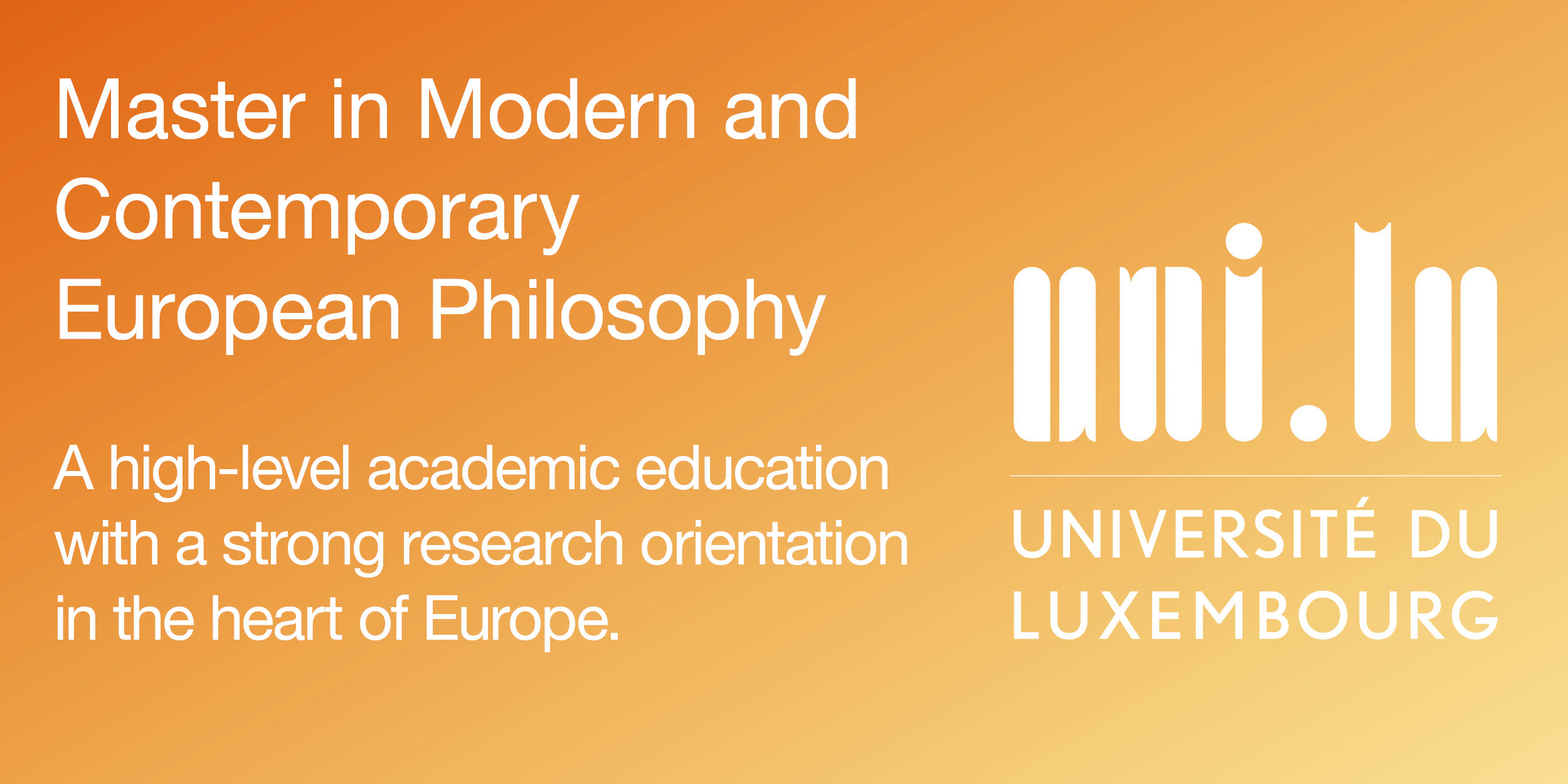 The top 50 words DN tweets without philosophy, still needs pruning. You have both Student and Students as separate words. Book and books… etc. Remove numbers.
Also, if the interested hypothesis is whether DN mostly talks about gender related issues, other things should be removed as well. All the regularly occurring post types should be eliminated (e.g. mini heap, daily nous, update). Twitter handles should be eliminated as well (e.g. dailynouseditor).

Same applies to bigrams. I was surprised to see you kept “philosophy” in the analysis there.

Even the claim that DN often tweets words like “students” and “university” don’t tell us that much about the hypothesis. Presumably all or most of the posts about gender will also include discussions about students and universities. It would be interesting to see the top topics that tend to co-occur with several of most used terms like “students”. Maybe you might see different trends there. Another possibility is to count how many tweets include words associated with gender issues and compare this to the number of tweets that don’t include words associated with gender issues (again controlling for regularly occurring post types).Report

Samuel Kampa
Reply to  Some Thoughts

I currently work as a customer success analyst at Yellowdig (an ed tech company), and I recently started doing some NLP along the lines of what Charlie is doing. My biggest struggle by far has been battling RAM limitations when processing millions of words. While destemming is good practice, it might be expensive for Charlie depending on his computer’s specs and the size of the data. The easiest way to accommodate Some Thoughts’ concerns might just be to expand the top words to 200 or so, then eliminate numbers and aggregate duplicates on an ad hoc basis.Report