“The biggest workplace gaps throughout technology evolution will rely on the soft skills that are cultivated by a liberal arts education instead of technical expertise.”

That’s the assessment of Dan Schwabel, business consultant, author, and entrepreneur, in this year’s edition of his “Top 10 Workplace Trends” column, published at LinkedIn. His selection of the top trends is based on “hundreds of conversations with executives and workers, a series of national and global online surveys, and secondary research from more than 450 different research sources, including colleges, consulting firms, non-profits, the government and trade associations.” 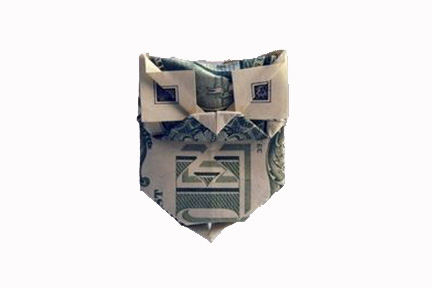 Number 6 on his list of trends for 2020 is “the return of the liberal arts major.”

AI will automate technical skills and drive the demand for soft skills like creativity, communicate and empathy. While there’s been such a focus on recruiting STEM over the past several years, those majors will continue to lose relevance, while liberal arts majors will become more valuable to companies moving forward. Since 2009, it was believed that STEM degree recipients would have job stability, and command high salaries, while liberal arts majors would be unemployable. The fact is that while liberal arts majors have lower starting salaries, their salaries rise much quicker over the course of their lives than STEM majors. A report by McKinsey  analyzed the jobs that are most susceptible to automation and discovered that jobs that harnessed a workers soft skills are the least likely to be automated. For instance, jobs that involve managing and development people have only a 9% automation potential. The biggest workplace gaps throughout technology evolution will rely on the soft skills that are cultivated by a liberal arts education instead of technical expertise.

We will see an uptick in liberal arts hiring in 2020, which is driven by these gaps and the low unemployment rate. Slack Technologies has half of their leadership team majoring in liberal arts and Infosys is hiring 10,000 employees in the next year, focusing specifically on liberal arts majors. Google crunched their people analytics data and found that STEM skills are the least important when it comes to hiring and soft skills are the most (coaching, communicating, empathy, etc.).

How accurate Schwabel’s tracking of trends is, I don’t know.

(Via an article at Inc. by Jessica Stillman)

The statement that “Google crunched their people analytics data and found that STEM skills are the least important when it comes to hiring and soft skills are the most” is significantly misleading. Google’s Project Oxygen (https://rework.withgoogle.com/blog/the-evolution-of-project-oxygen/), to which this refers, applies only to managers, but the overwhelming majority of employees at Google are not managers. To be sure, Google’s Project Aristotle found that soft skills are important in teaming, this did not call out degrees in Liberal Arts nor assert soft skills were more important than technical ones. The article mentions that “Slack Technologies has half of their leadership team majoring in liberal arts,” but again, the vast majority of their employees are technical and not part of the leadership team. The article states that Infosys will be hiring 10,000 people focusing specifically on liberal arts majors. This is easily demonstrated to be false by checking the listings at jobs.infosys.com, where most of the jobs the specify degree requirements require STEM or business degrees. While it is credible that Liberal Arts may have increased importance in the job market, there is little evidence this will rival the demand for STEM.Report

Thank you for looking into some of these claims!Report

Re jobs and salaries: the following seems like an important datum for potential majors (and arguably phd-aspirants) to consider. https://www.economist.com/graphic-detail/2019/01/26/the-cost-of-studying-the-arts-at-oxbridge?fsrc=scn%2Ffb%2Fte%2Fbl%2Fed%2Fthecostofstudyingtheartsatoxbridgebritishuniversities&fbclid=IwAR2T9LUjv4DY1eBzNbOTvNbxbEkM60YoLuBehEwOT8lYaMTd2KXTGQZM6Q8Report