Numbers generate a pressure to believe that isn’t grounded in explanatory force, because having more and more adherents to a view doesn’t give rise to better and better accounts of why the view is correct…

Philosophers ought to be especially sensitive to introducing this element of belief imposition into our culture. As a philosopher, I want my influence to be philosophical, which is to say, I want to bring people to believe only what they, by their own lights, can see to be justified; I don’t want them to believe something because (I am one of the) many people who think it.

That’s Agnes Callard (Chicago), writing in The New York Times, on why “petitions, regardless of their content, compromise core values of intellectual inquiry” and why their use “constitutes a kind of philosophical malpractice.” Her central focus is on petitions and open letters directed at academics. 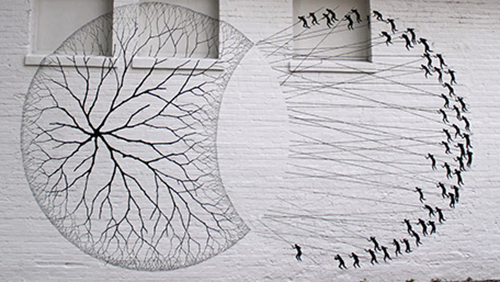 I get what she’s saying. In regard to an academic petition from a couple of years ago, I urged that “in conducting our academic work we should try as much as possible to rely on the exchange of evidence and arguments, not (directly) on the numbers of people who agree with us, or the strength of their agreement” and cautioned against activities that push us towards “a version of academia in which, in the contest of ideas, when expertise bumps up against popularity, the latter is more likely to win.”

In her column, Callard writes:

We’d never approach questions such as “Are possible worlds real?” or “Is knowledge justified true belief?” by petition, so why are we tempted to do so in the case of questions around sex, gender and hurtful speech?

She thinks the answer she’d get is:

the latter question involves real feelings and real people, and it is about something that is happening now—for all these reasons, it strikes us as being of grave importance. The petition writers are thinking to themselves, this time it really matters.

I think it is a mistake for a philosopher to take the importance of a question as a reason to adopt an unphilosophical attitude toward it… If we are going to have professional, intramural discussions about the ethics of the profession, we should do so philosophically and not by petitioning one another. We should allow ourselves the license to be philosophical all the way down.

I’m somewhat sympathetic with this, but I’m not sure Callard accurately characterizes the thinking of petition writers. She emphasizes that petition writers think it’s the “importance of a question” that draws them to that particular tool. Importance is one thing, sure, but I suspect the crucial element is practical urgency. That is, there is a decision or action that needs to be taken on a specific matter, or as part of the shaping of practices and norms in our shared work environment, and there are reasons to think it would be better if this decision or action were taken sooner rather than later.

Callard says we should make these decisions “philosophically and not by petitioning one another.” We know, though, that, generally, any given philosophical discussion is an ongoing matter unlikely to be resolved any time soon, and so sometimes we employ non-philosophical methods to make practical professional decisions. We vote on association bylaws or departmental policies, for example. We answer polls on various questions related to the discipline. Are these unphilosophical methods of proceeding? Maybe, but fortunately we are not forced to choose between them and doing philosophy, for we can philosophize in advance of them, during them, and after them. And that’s what we do.

The same goes for petitions and open letters. I see little evidence that they are substituting for philosophical conversation that otherwise would have taken place on their subject matter, even when the subjects veer a little from practical professional matters into substantive philosophical issues. If anything, they draw attention to the subjects, provide information about people’s beliefs, and prompt increased philosophical conversation and more robust disagreement among a greater number of parties.

That said, Callard’s considerations may inform discussions of what is reasonable to state in petitions or open letters directed at fellow academics, or what is reasonable to ask of our colleagues in such documents—as well as the ways in which it’s responsible to let them affect our reasoning.

Callard says “we should allow ourselves the license to be philosophical all the way down.” Sure. And as we head all the way down, if we need to make a few decisions along the way, or think it would be useful to know the prevalence of certain opinions about our journey, we should allow ourselves to make thoughtful use of various tools we have at our disposal to do so. That doesn’t stop us from doing philosophy.