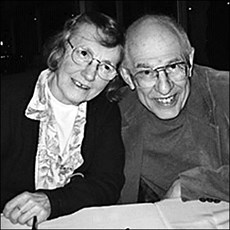 Professor Putnam was known for her work on American pragmatism, authoring many articles and chapters, editing The Cambridge Companion to William James  and co-authoring with her husband, philosopher Hilary Putnam, Pragmatism as a Way of Life: The Lasting Legacy of William James and John Dewey.

Professor Putnam arrived at Wellesley College as a lecturer in 1963, retiring in 1998. She had previously taught at the University of Oregon. She earned her PhD in philosophy from the University of California, Los Angeles in 1962, and also received her undergraduate degree there, in chemistry.

Born in Germany on September 20, 1927 to a Jewish mother and Christian father, who were active in the anti-Nazi movement, she and her family endured great hardships. She survived the war in Germany, mostly raised by her paternal grandparents. At the age of five she was sent to live with her grandparents when her parents went into hiding and eventually fled Germany for the United States. She did not see her parents again until she was 21 when she immigrated to the United States in 1948.

There is some more information here and here. Details about memorial services for Professor Putnam can be found here.