Richard Marshall, who has conducted astonishingly rich interviews with hundreds of philosophers for 3:AM Magazine, has resigned from the publication over its editor’s decision to remove one of his interviews from public view.

According to Leiter Reports, “The magazine has withdrawn Richard Marshall’s interview with philosopher Holly Lawford-Smith (Melbourne) because in the course of the interview she denied that trans women are women, and expressed the gender critical view of these issues.”

If you want to interview these people it minimally decent reporting would obviously require not misrepresenting what’s happened but I think also asking questions like “You don’t engage with trans philosophers’ work on these issues. Why is that?”

Critical feedback like this should not prompt an editor to remove an interview. If anything, it should spur the editor to investigate the criticism and perhaps invite a critic to publish a response. [UPDATE: The above tweet from Christa Peterson appeared after the interview was pulled. Here is one of hers from beforehand:

These are not remotely neutral questions on this “debate.” Jesus christ pic.twitter.com/VWB0QOjuKO

I apologize for the error. Thanks to Ms. Peterson and others for pointing this out.]

There were also a handful of calls for the interview to be deleted, ranging from the thread that begins with

disappointed/disgusted at @3ammagazine choosing to amplify transphobia in a fawning, uncritical interview. in a world where trans comrades are regularly attacked, the publication of this piece is an act of violence. yr readers expect+deserve better than right-wing contrarianism.

and ends expressing the hope that 3:AM “reconsiders this move”, to briefer responses such as

This is incredibly offensive and you should be ashamed of yourself for publishing it. The ignorance here is astounding. Delete the interview, sell the domain name to your website, pick up a new hobby or something – just fuck off.

There did not appear to be many such calls to pull the interview, though. This is not to suggest that a certain number of such calls, itself, is sufficient reason to pull an interview, but it does speak, perhaps, to concerns editor and owner Andrew Gallix might have about the survival of his publication.

Besides the feedback on social media, four of the magazine’s editorial board members resigned in protest of the publication of the interview. [Update: they are Eley Williams, David Winters, Hestia Peppe, and Joanna Walsh; for those curious, none of the four is an academic philosopher.]

It would be a significant loss to the philosophical community if this led to the end of Marshall’s interview series, which has included philosophically substantive conversations with an incredibly wide range of philosophers. Marshall has been with 3:AM for 19 of its 20 years in existence. In an email, he writes that he has had “absolute freedom” to conduct and edit his interviews as he sees fit and won’t continue “if I can’t guarantee that when I publish it it will remain published no matter what the response.”

Perhaps Mr. Gallix could be persuaded to change his mind. I encourage readers to consider sending well-reasoned and polite messages to him, either by email to [email protected] or on Twitter.

To hold that the interview should remain published is not necessarily to defend its content. I read it yesterday morning before it was withdrawn and I understand why some of those concerned with the welfare of transgender persons have objections to some of what Dr. Lawford-Smith said. I also understand why they might have hoped for more challenging questions on this subject. Yet it seems to me that at this stage of public understanding, responding to the objectionable is better than removing it.

Someone (I’m sorry I’ve forgotten who, or where)* recently borrowed Cheshire Calhoun‘s idea of an “abnormal moral context” to characterize the current public understanding of various matters related to transgender persons. In her essay, “Moral Failure,” Calhoun describes an abnormal moral context as one in which “some segment of a society produces advances in moral knowledge that outrun the social mechanisms for disseminating and normalizing that knowledge in the society as a whole.” In these circumstances, there is a gap between “what from a (presumably) advantaged epistemic position is viewed as the right thing to do” and what everyone else thinks. “The gap, of course, will be obvious only to those who take themselves to be reasoning from a more advanced, socially critical point of view.” Those who act on this “more advanced” view Calhoun calls “moral resisters.”

Calhoun makes use of this idea to help us get a better understanding of, and perhaps develop a more charitable view towards, “moral resisters.” She writes:

When moral resisters have the opportunity to explain what they are doing, and thus make their actions legible, they may still be unable to make themselves seem reasonably justified. Their justifications may be received as wildly implausible, irrational, based on patently false assumptions, and thus not really justifications at all. The difficulty of justifying oneself is often further complicated by the fact that subordinate groups typically are also socially constructed as defective reasoners.

My observations of public discussions of transgender issues is that this description matches how many advocates for transgender welfare and rights are perceived and treated. We should be aware of this tendency, and strive to counter it in our own thinking.

Some may point out that, at the same time, it is important for “moral resisters” to appreciate that the route from an “abnormal moral context” to their preferred state of affairs has to involve improving the understanding of those in the public who lack the knowledge they have, and that this means discussion, not deletion. I actually think that most of the “moral resisters” on this subject do appreciate that. We should not be fooled by the disproportionate attention given to the most outrageous online behavior. Again, beware the availability heuristic.

* Update 1: Thanks to Michael Bench-Capon for reminding me that the someone in question was Robin Zheng, who discussed the idea of an “abnormal moral context” in—perfectly—a recent interview with Richard Marshall at 3:AM Magazine.

Update 2 (12:55pm): Editor and owner of 3:AM Magazine, Andrew Gallix, has shut down the site. In an email shared with me by a Daily Nous reader, he writes, “I’ve taken 3:AM offline. I don’t know if our publication, after almost 20 years, will survive all this.”

Update 3 (5:47pm): Some criticism of my view from one side here and from another side here.

Unfortunately, I do not have time today to moderate comments on this thread. If you do have a comment, you can email it to me at [email protected] and I will consider adding it to an addendum on this post. 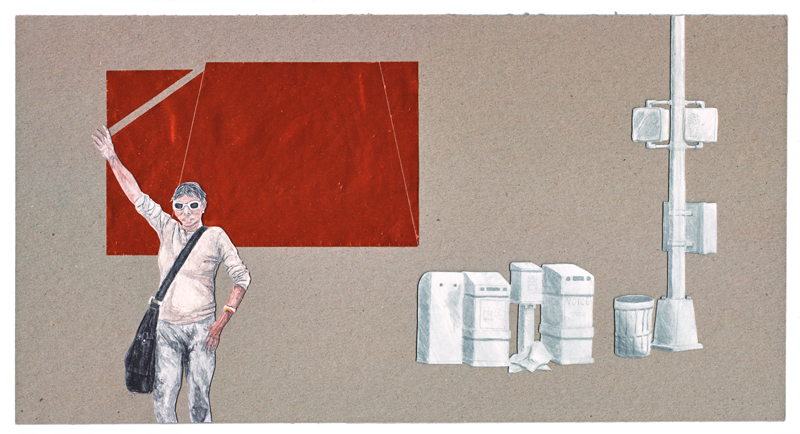