Among those with bachelors degrees, the median earnings of those who majored in philosophy exceed those of majors in any other humanities field, and are the 16th highest in a study comparing salaries across 50 majors in the United States.

These conclusions are based on data collected by PayScale and originally presented by The Wall Street Journal two years ago. The data were organized into the following useful chart* by Reddit user SportsAnalyticsGuy (which had been reposted at the World Economic Forum): 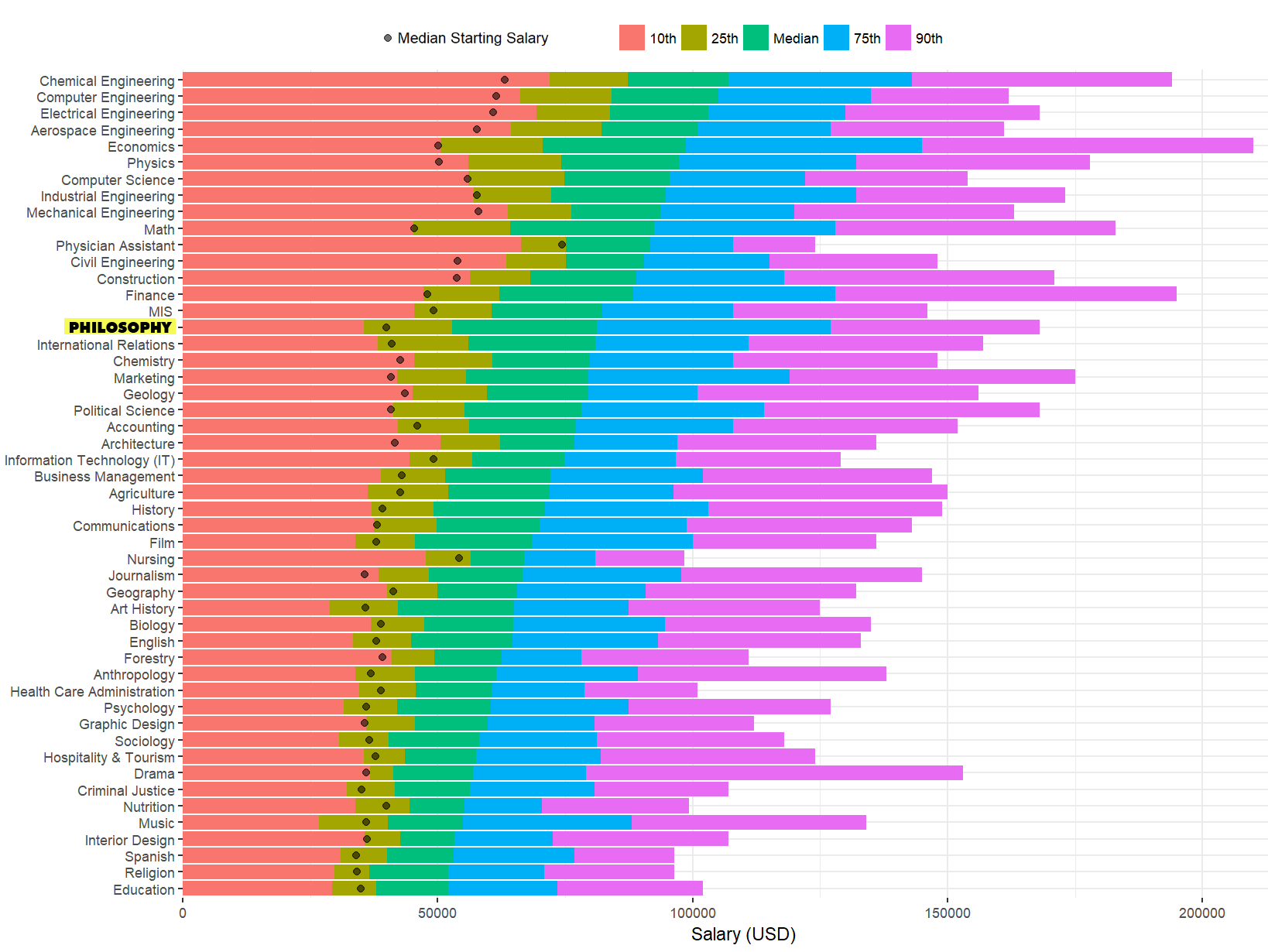 * I altered the chart to make the philosophy data easier to spot.
** The usual correlation-is-not-causation disclaimers apply.