After declining to select a winner for its 2017 Public Philosophy Award, the Marc Sanders Foundation has named two philosophers the winners of the 2018 contest—one for an unpublished work and one for a previously published one.

The winners are Regina Rini, who holds the Canada Research Chair in Philosophy of Moral and Social Cognition at York University, and Amia Srinivasan, associate professor of philosophy at the University of Oxford.

Rini, who was the runner-up for the prize in 2016, was selected as a winner this year for her previously unpublished essay, “The Last Mortals,” about issues related to the scientific conquest of death, in which she asks:

What would it mean to realize that you very nearly got to live forever, but didn’t? What would it mean if, in our looming senescence, we were increasingly forced to share social space with young people whose anticipated allotment of time massively dwarfs our own? If we are indeed the last mortals, we may be forced to confront an unprecedented shift in one of the oldest philosophical problems. When death ceases to be inevitable, can it still mean the same thing to lose your life?

Srinivasan won for her essay, “Does Anyone Have the Right to Sex?“, which appeared in the London Review of Books. In it, she uses the murderous instances of violence against women by self-proclaimed “incels” (involuntary celibate men) as launching point for discussing political critiques of sexual desire. She writes:

There is a risk too that repoliticising desire will encourage a discourse of sexual entitlement. Talk of people who are unjustly sexually marginalised or excluded can pave the way to the thought that these people have a right to sex, a right that is being violated by those who refuse to have sex with them. That view is galling: no one is under an obligation to have sex with anyone else…  Yet simply to say to a trans woman, or a disabled woman, or an Asian man, ‘No one is required to have sex with you,’ is to skate over something crucial. There is no entitlement to sex, and everyone is entitled to want what they want, but personal preferences—NO DICKS, NO FEMS, NO FATS, NO BLACKS, NO ARABS, NO RICE NO SPICE, MASC-FOR-MASC—are never just personal.

This year, there were 178 total submissions to the contest (106 unpublished submissions and 72 published). The awards each include a $4,500 prize.

Honorable mentions went to Laura Callahan (Rutgers) for her essay, “On the Supposed Responsibility to Breastfeed from Moral Concerns,” and to Lee-Ann Chae (Temple) for her essay, “Talking to Children about War.”

You can learn more about the Marc Sanders Foundation Public Philosophy Award here.

[This post was updated with information about the honorable mention recipients. My apologies for not including them in the original version of the post.] 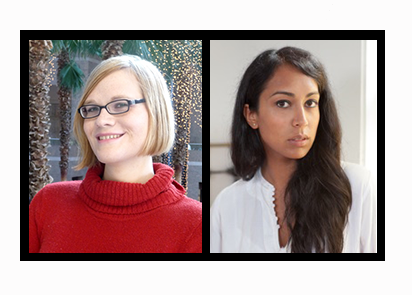 Congratulations to both of them. But who are the runner-ups?Report

Good point. Thanks. I just added that information to the post.Report