The University of North Carolina, Chapel Hill, has received a $3.4 million gift to support the Philosophy, Politics, and Economics Program it runs jointly with Duke University.

The donation is from the Charles Koch Foundation.

The PPE program, directed by UNC philosophy professor Geoffrey Sayre-McCord, offers a minor for undergraduates at the school. Approximately 350 students are currently enrolled in the program.

According to a UNC press release, “about $1.8 million of the gift will fund two new tenure-track faculty positions for six years. The remaining $1.6 million is continued support for existing programs in PPE that the Koch Foundation has funded with previous gifts, including visiting assistant professorships, a staff position and support for the PPE Society, an international scholarly society that was founded at Carolina… The new gift commitment from the Koch Foundation brings its total support for the PPE Program to $4.37 million since 2010.” 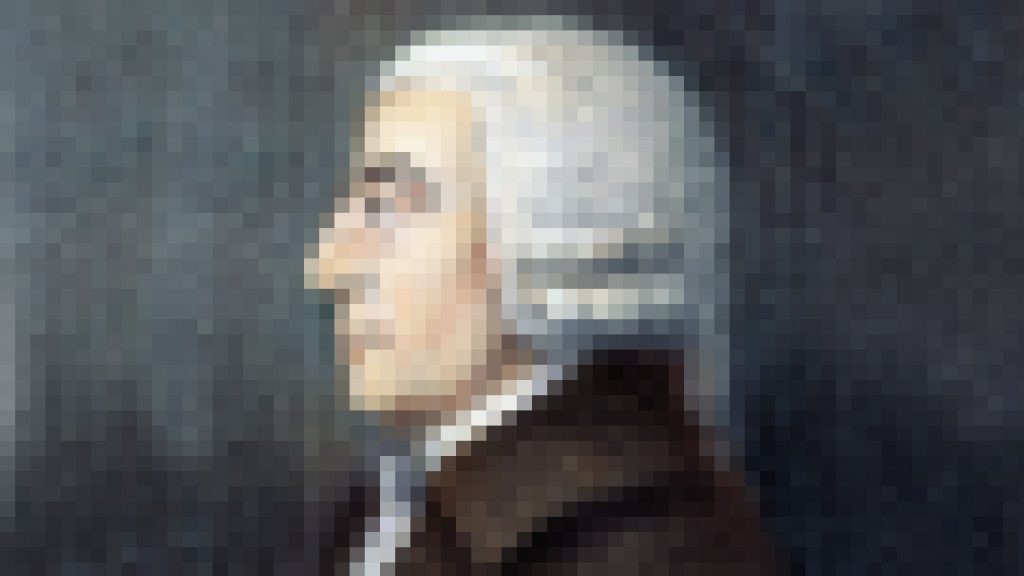 Related: “Private Money in Political Philosophy“; “Untangling the Strings: The Limits of Acceptable Donor Influence in Academia“; “Big Philo and Distortions in the Philosophical Research Agenda”

Disclosure: I’ll be giving a talk, “Refuse, Hide, Filter, and Fight: Private Donations and the Valuing of Knowledge,” as part of the panel, “Political Money on Campus,” at the upcoming Philosophy, Politics, and Economics Society meeting.

UNC Philosophy and PPE has already raised $3.75 million from the Pope Foundation for PPE (https://uncnews.unc.edu/2018/04/23/unc-chapel-hill-receives-10-million-commitment-from-pope-foundation-to-advance-core-areas-of-excellence-and-service/). With $4.73 million from Koch, that’s nearly $8.5 million for PPE alone.

Since Pope funded two faculty lines, it looks like UNC will make four tenured and/or tenure-track faculty in PPE this year and/or in the near future. That’s extraordinary on its own. But it will increase the number of PPE hires across the profession this year, which is already noteworthy.

PPE is quickly becoming a central part of analytic value theory and social and political philosophy in particular. I think this is all to the good, since I think it makes value theory better. While I suspect some may have more reservations than I do, it is perhaps worth a conversation. And, of course, it will be interesting to read your paper on private money in philosophy when you make it available on the web.Report

In response to PPE fan, I kind of agree – it seems blindingly obvious, to me at least, that students with an interest in political philosophy should also learn some economics and some political science (and conversely for students with an interest in economics etc). What’s worrying about these Koch-funded programmes is that the economics and political science in question may be, to say the least, value-laden. Now, it may be impossible to pursue value-free economics, say, but students should at least be aware that there are alternatives to the Chicago orthodoxies, and that the orthodoxies are, themselves, sustained by big money. The worry about these donations is that they end up with a situation where students are presented with a deeply libertarian set of ideas AS IF they were the kinds of neutral tools for problem solving one might find, say, in an engineering class. (And this then ends up stunting their views in philosophy). Quite apart from my own political leanings, I find that worrying as a philosopher. (And, yes, to pre-empt a possible comeback, I find it equally problematic for philosophers to present the current views of the liberal left as if they were the view from nowhere. If universities serve any useful purposes, one of them is to make students sceptical of any form of ‘received wisdom’ be that the latest contortions in the gender wars or the idea that action reveals preferences).Report

Ridiculous. What evidence do you have that Geoff Sayre-McCord and the folks at UNC are developing a PPE program where, as far as the economics go, we “end up with a situation where students are presented with a deeply libertarian set of ideas AS IF they were the kinds of neutral tools for problem solving one might find, say, in an engineering class.” This is nonsense. Would you have similar concerns if the funding for the PPE program came from Soros’s OSF? I doubt it.

Judge what is being done on the merits. If you have objections to the UNC PPE program or think that the program is somehow politically skewed based on what they’re doing or who they’re hiring, please identify where you think the problems lie. This claim that first-rate academics like those at UNC will somehow sacrifice the academic integrity of their programs to secure grant funds is insulting. We should be above this kind of stuff.

I am not neutral here. I receive Koch Foundation support for my programs. No one from Koch, or any organization I’ve received financial support from, has ever put this kind of pressure on me. If they did, I’d stop taking their money. I’m certain that Geoff Sayre-McCord and the rest of the folks at UNC operate according to the same principles.Report

Would you have similar concerns if the funding for the PPE program came from Soros’s OSF? I doubt it.

Is there any evidence that Soros or the Open Society Foundation has put litmus test on appointments to people its donated to? That’s a real question on my part, not a rhetorical one. (A university department I worked in in Russia when I was a Peace Corps volunteer got a large, for them, grant from the OPS for technology, so I’ve long admired the organization, for that and their other work, now largely washed aside, trying to make Russian a free country, so I’m not completely impartial, but I have heard no real claims that the OSF imposes ideological tests on, say, faculty hiring.) On the other hand, we know full well that the Koch Brothers have imposed ideological tests on the use of their money in higher education. It’s in fact well documented. See, e.g., here: https://www.insidehighered.com/news/2018/05/01/koch-agreements-george-mason-gave-foundation-role-faculty-hiring-and-oversight Does this mean that this grant has unacceptable strings? No, of course not. But, it does suggest that it’s pretty reasonable to ask about it and to be a bit skeptical until shown otherwise.Report

As Chair of the UNC-Chapel Hill Philosophy Department, I am happy to make clear that there are no ideological strings whatever — explicit (the gift agreement can be found here: https://www.charleskochfoundation.org/our-grant-agreements/) or implicit — attached to this donation. In our history with the donors, there has been no effort to influence our hiring, course content, extracurricular programming, or so forth. I am proud that our donors understand and support our academic mission.Report

Thanks, Marc – that’s great to hear. I appreciate you commenting.Report

It might be worth making two things explicit. First, the following are consistent:

They can do both of those things, of course, by selectively supporting philosophers whom they expect will be ideological allies (like Chris Surprenant, who has a substantial body of work arguing for limited government and privatization, and defending the value of markets and entrepreneurship). This both magnifies the influence of these philosophers, and incentivizes other philosophers to pursue similar projects. I think the effect of this ideological manipulation on the discipline is becoming increasingly evident.

Second, as someone familiar with it, I can say with confidence that UNC Chapel Hill’s PPE program in particular has hardly been a right-wing hotbed. Their hires have ranged from libertarians to Marxists; I’d guess the ideological median is about on par with contemporary political philosophy as a whole–a pretty mainstream left liberalism. While I do think the program has given free-marketeers more of a voice than I feel is intellectually justified, this is obviously an issue that admits of reasonable disagreement, and (echoing Marc) I have seen absolutely no indications that UNC PPE has ever operated in anything other than good faith.Report

I’m glad you think my body of work is “substantial”–I hope others agree with you when I go up for promotion! 🙂

A more serious point: People are incentivized in all sorts of ways. There’s no question that academic philosophers have been incentivized to adopt all sorts of positions on the ideological left, whether it is formally through their academic writings or informally by dropping certain kinds of comments in conversations or letting other comments go unchallenged when they’re not supported by good reasoning.

I posted a more lengthy piece on academic funding on this blog a few months back, so I won’t rehash my position here, but it seems perfectly reasonable to me for academics to seek out support for their work and projects from whoever they think will support it. There’s no question that people handing out money have interests of their own and want to give money to people who support their interests. The problem comes when academics adjust their work for the purpose of getting funding, instead of seeking out funding to support the work they were already interested in doing.

But even if you have academics who are improperly motivated, the whole purpose of blind peer-review is to act as some sort of neutral gatekeeper and a check against ideological garbage. Unfortunately, peer-review is failing pretty badly here. Almost no academics are ideologically neutral, but that’s not the problem. The problem now is that so many academics are willing to shed the appearance of neutrality and advance openly partisan causes using deceptive evidence and faulty reasoning. I don’t know how to combat that, but I don’t think external funding sources are the problem.Report

Excellent comment UNC grad; you said most of what I was thinking and in a more thoughtful and charitable way than I would have. I would add one other thing here: Given human nature it’s no doubt going to shift one’s opinions on the Kochs and their agenda in all sorts of subtle ways if one takes their money. We just don’t like the cognitive dissonance of thinking badly of those we owe. That’s just common sense, and if for those who distrust “folk psychology” there’s a good bit of evidence to back it up (check out for instance some of Dan Ariely’s work on the relevant sorts of self-deception). I’ve had a few generally left-wing friends take Koch money and I’ve noticed that while none of them ever become hardcore libertarians they do become a bit softer in their own liberalism and much more receptive to libertarian views.Report

I have a paper in Downs’ and Surprenant’s anthology on academic free speech on the issue of funding from ideologically-motivated groups. Here’s a precis/dumbed-down short version of it: https://openinquiryproject.org/our-stories/the-value-and-limits-of-academic-speech-a-collection-of-free-speech-essays/outside-funding-of-centers-a-challenge-to-institutional-mission/

Full disclosure: I am not Koch-funded.Report

Some who deny the relevance of the Koch’s funding to UNC-Chapel Hill’s scholarly output seem to deny this arguably uncontroversial and well-established claim: contexts of discovery are intertwined with contexts of justification.Report