“This week several of my colleagues in my department and faculty have received anonymous death threats and antisemitic hostility because they politely protested a student group’s invitation to Jordan Peterson.”

The above is an excerpt from a post by Eric Schliesser (Amsterdam) at his blog, Digressions & Impressions. He describes the actions of his colleagues that precipitated the threats, the reactions to them, and the silencing effects such threats have, and he refers to earlier remarks of his on handling the risks of public philosophy. He emphasizes how important it is prepare for one’s public interventions with “some worst-case advance planning.”

Schliesser’s colleagues are just the latest academics to have been on the receiving end of violent threats. Tommy Curry (Texas A&M), Kate Manne (Cornell), Jason Stanley (Yale), and George Yancy (Emory) are some of the philosophers who’ve been recently targeted with such threats. And philosophers and other academics continue to be added to a “Professor Watchlist” that seems set up to focus scrutiny on, and try to intimidate, scholars who express certain non-conservative ideas.

As Carrie Jenkins notes in a section of her website providing advice for would-be public philosophers,

Online hate and abuse are disproportionately directed at women, POC, LGBTQ people and other groups who experience discrimination, but anyone can be targeted. There are psychological, emotional, legal, financial, and other risks involved in public-facing work. They are often unpredictable. Hate and abuse do not only occur online, even if they begin there. If you become a public figure your personal safety may be put at risk through e.g. doxxing, stalking, and dangerous physical mail. Academics are typically easy to target as our work addresses and phone numbers are posted freely online by our universities and our physical office spaces are often accessible to anyone.

How can academics protect themselves? Some steps are outlined in this earlier post, and there are some helpful links in this comment, but note that any threats should be reported to the relevant law enforcement agencies, and not just your university.

The American Philosophical Association (APA), encourages and supports public philosophy and calls on its members to speak out against attacks on philosophers. However, it is not clear what the APA can offer to those receiving death threats or threats of violence, except, perhaps, using its visibility to draw media attention (and perhaps greater law enforcement attention) to specific cases. (If someone at the APA would like to comment on this, feel free.)

(Relatedly, Scholars at Risk is an organization that “protects scholars suffering grave threats to their lives, liberty and well-being by arranging temporary research and teaching positions at institutions in our network as well as by providing advisory and referral services.” As their priority is helping those scholars who are “facing the most immediate and severe threats, including threats of violence, torture, wrongful imprisonment or prosecution,” I suspect that those receiving death threats or threats of violence from private individuals are not likely to qualify for their assistance.)

For my part, I’m willing to publicize threats and coordinate efforts to help those being targeted (for example, funds for legal assistance or temporary relocation, etc.).

Those with further advice or familiarity with helpful resources on this subject are encouraged to share what they know. 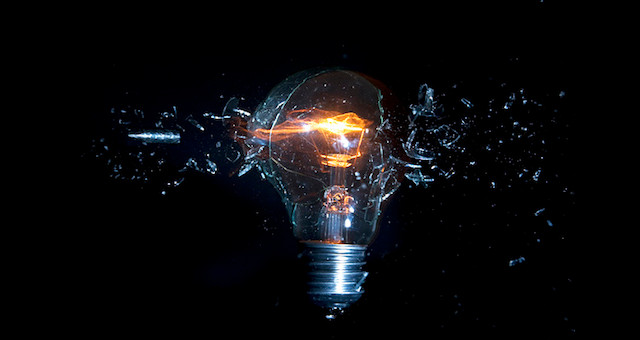 Relatedly: https://www.nytimes.com/2018/11/03/magazine/FBI-charlottesville-white-nationalism-far-right.html. (Also, can we stop with the PC left baloney now?)Report

If so, that sounds like saying that since there are terrorists and they actually kill people and threaten to kill people in the US, we should stop with the US terrorizes and aggresses against Muslim countries baloney.

If not, then what is the idea?Report

To my mind, the article makes pretty clear that the ‘PC anti-free speech left’ narrative actually stems from the same people who used the levers of state power to (ironically) censor those who wanted to count the alt-roght Yahoos as extremists/terrorists (e.g., Fox News, the GOP, Infowars, etc.). But, of course, your mileage may vary.Report

Ok, when it comes to outlets like Infowars and Fox, ‘used is a bit strong, but you get the idea.Report

This is , of course, not conclusive, but it really makes one wonder, no?Report

I have no doubt at all that those outlet used and use the PC anti-free speech left in nefarious and hypocritical ways. But I am also sure that they are not the only ones who think there is a faction of the left (or what passes for the left) which is pretty accurately characterized as having an anti-free speech ideology, even if this ideology is not always or usually explicit. There are lots of liberals who would agree with this, as would I. And I am about as far from Fox News, etc. as you’re gonna get.

I and many others think that there is a serious problem with some of those who consider themselves on the left, including and perhaps especially in academia, consisting in their aggressive, hostile, or otherwise silencing dismissal of ideas that they find repugnant. There is a significant amount of counter-productive virtue signaling, often strongly appearing to deflect attention from their inability to defend their views to those who do not share their sacred values or beliefs.

I also think that there is a very great deal, in fact arguably much more of this kind of PC ideology, among moderates and right-wingers. Of course the PC ideology is different, depending on the group. The phenomena of white fragility and white ignorance are real, for example, but it is not PC to point this out in relevant social groups. And the United States really does engage in terrorism and aggression against other states. And Israel is a terrorist state as well (most states are if they can be).

But these views are verboted in mainstream culture, certainly on corporate media of all kinds, so these sacred beliefs are never openly challenged, so the PC anti-free speech ideology associated with these sacred beliefs and values goes unseen or undiagnosed. But that these other groups do it as well does not mean it is not a problem for the left, or that leftist academics in particular should not be able and willing to defend their views, rather than attempt to silence those with whom they disagree. In engaging in their dismissive and hostile tactics, as some who comment on this blog have done or endorsed, they debase themselves and make their opposition stronger, not weaker.Report

“I and many others think that there is a serious problem with some of those who consider themselves on the left, including and perhaps especially in academia, consisting in their aggressive, hostile, or otherwise silencing dismissal of ideas that they find repugnant. There is a significant amount of counter-productive virtue signaling, often strongly appearing to deflect attention from their inability to defend their views to those who do not share their sacred values or beliefs.”

2. Strongly expressing one’s disapproval of an idea expressed by another seems to me to fall squarely within one’s freedom of speech. Even if this take a hostile tone.

3. Whether or not one is virtue signalling seems beside the point to me w.r.t. the right to free speech. Even if true, what should follow from this for free speech? As far as I can tell, nothing.Report

“In engaging in their dismissive and hostile tactics, as some who comment on this blog have done or endorsed, they debase themselves and make their opposition stronger, not weaker.”

Also, sure, while this might be tactically disadvantageous, it would thereby be a mistake, not an rights infringement.Report

The APA Board approved and published a “Statement on Harassment, Bullying, and Intimidation of Philosophers”: https://www.apaonline.org/page/brdstmtintimidation in 2017, after Prof. Yancy received death threats in response to one of his op-eds. When the threats come from people outside the profession, the members of the APA can speak out collectively, as Justin mentions, and the APA can (along with other professional organizations, including the AAUP) recommend steps that a philosopher’s own institution should take when that person has received death threats, or is being stalked, etc. The APA has a Committee for the Defense of the Professional Rights of Philosophers https://www.apaonline.org/group/defense , and members who feel that their institution is not doing enough, or is not responding appropriately, to a threat against them, or one of their colleagues, can contact this committee.Report