“Remember, whenever you engage online, you are building and curating a public identity for yourself. Do so thoughtfully and choose your risks wisely.”

That’s Rebecca Kukla, professor of philosophy and senior research scholar in the Kennedy Institute of Ethics at Georgetown University, writing at the Blog of the APA. In her post there, she lays out her view of the importance of social media in the professional lives of philosophers, and provides some guidance for more junior academics about how to use social media well.

Acknowledging that navigating the terrain of social media can be tricky, that the norms for doing so are still emerging and in flux, and that everyone’s specific social situation is different, Professor Kukla offers some good general advice, largely centered around Facebook, on how to present yourself, how negative or boastful you should be, curating the audiences with which you share different kinds of information, engaging in philosophical disputes, asking for assistance, and standing up for what you believe. If you make use of Facebook, Twitter, or other social media platforms, I encourage you to take a look at what she says.

But should you be making use of social media? Professor Kukla thinks that “there’s no doubt that staying off of social media altogether can actively harm your career, while using it wisely can actively help you, and can genuinely enrich your professional and intellectual life.” She elaborates:

A huge number of professional opportunities show up first and most prominently on Facebook, both as formal announcements and through informal discussions. A great deal of philosophical conversation that shapes the debates in our field happens on social media. Co-authorships and collaborations often take root online. People get to know one another’s personalities and research through these media. it clearly helps in getting interviews and invitations if people already know who you are, and like you and think highly of your ideas. I have certainly learned about the work of graduate students and young scholars through social media, and then offered them invitations and opportunities, used and assigned their work, and sought out their company at conferences as a result.

It’s true that some junior scholars have benefited professionally from actively participating in social media. But it is not clear to me that staying off social media is generally harmful to one’s career. I would bet that the overwhelming majority of philosophers in the English-speaking world have never participated in a philosophical dispute or a discussion about the philosophy profession on social media, and it is not clear that most of their careers are worse than they would have been had they spent more time on Facebook.

Another thing is that not everyone has access on social media to the people who are sharing significant professional opportunities or who are having influential philosophical conversations. For these people, it is not clear that their careers would be helped by spending more time on Facebook.

This latter point leads to a different kind of concern with Professor Kukla’s claims about the importance of Facebook: unfairness. Not everyone is Facebook friends with philosophers who are thought to be influential or important in the profession, who, for example, have conference spots and journal slots to distribute. Some philosophers accept all Facebook friend requests, but I think most do not.* If people’s careers are in fact being advanced by their participation and performances on Facebook, then this is another way in which cliquey effects and biases shape the profession.

I think Professor Kukla could say here that she is giving us her view of how social media in fact operates in the discipline, and advice on what to do given that—not that she is endorsing the reinforcement of various forms of unfairness that may be amplified by social media. I think she could also draw attention to many examples of people who have used social media to make professional connections that otherwise would have been unlikely given forms of unfairness and inequality elsewhere in academia.

What would be nice, then, is a way to take advantage of what social media has to offer, without the attendant amplification of certain forms of unfairness that Facebook, especially, seems to bring. There is Twitter, but it can be vicious, given its openness. There is PhilPeople, the new philosophy directory and social media site from the people behind PhilPapers, but I’m not sure how much use it is getting. Hmmm… what else… oh yes… there are blogs, like this one! I know, it’s not open enough for some, too open for others, and limited in topics (though suggestions are welcome), but it’s an option. 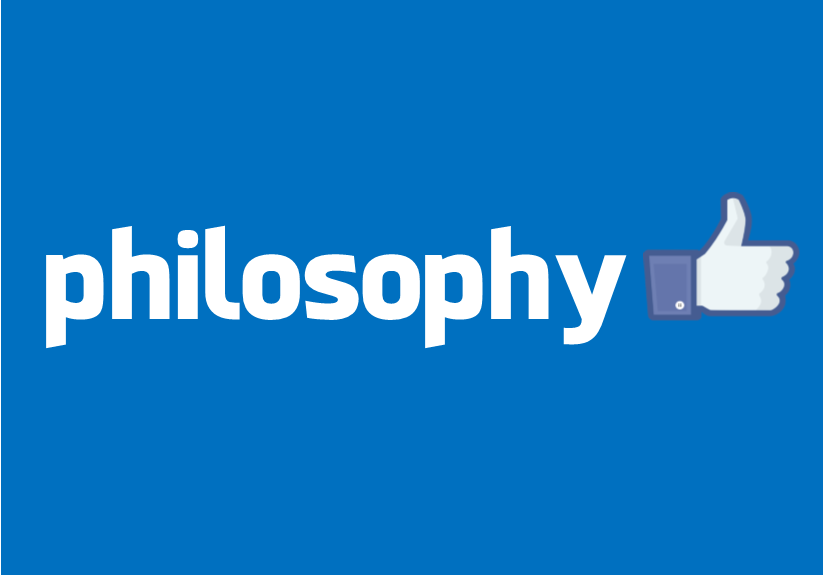 * I, for one, almost never accept FB friend requests from people I have not either met in person or had significant online interaction with already.