The focus here at Daily Nous is on the philosophy profession, but the following dispute down the street caught my attention.

Here’s Susan Fiske, a psychology professor at Princeton and past president of the Association for Psychological Science (APS), in “Mob Rule or Wisdom of Crowds,” which will be appearing in the APS news periodical, Observer:

Our field has always encouraged—required, really—peer critiques. But the new media (e.g., blogs, Twitter, Facebook posts) are encouraging uncurated, unfiltered, trash-talk. In the most extreme examples, online vigilantes are attacking individuals, their research programs, and their careers… volunteering critiques [with] personal ferocity and relentless frequency.

She says that people psychology are fearful to the point of leaving academia because of  the “sheer adversarial viciousness” showing up online. She adds:

I am not naming names because ad hominem smear tactics are already damaging our field. Instead, I am describing a dangerous minority trend that has an outsized impact and a chilling effect on scientific discourse.

It is too bad she does not give examples, though I understand that one does not wish to give attention to those who one thinks have behaved badly. And I appreciate her point about the negative “outsized impact” of a minority trend. The noisy grumblings from what seem to be a very small number of obnoxions in the philosophy profession is in part what prompted the American Philosophical Association (APA) to release a statement on bullying earlier this year.

Fiske takes her observations about “the destructo-critics [who] are ignoring ethical rules of conduct” as a reason for psychologists to not “circumvent constructive peer review,” a process which, she says, helps preserve the “scientific standards, ethical norms, and mutual respect” of the science community.

BUT… without examples, it is hard to know what, exactly, Fiske is talking about. In “What has happened down here is the winds have changed,” Andrew Gelman (Columbia) comments on Fiske’s piece. (Gelman’s post was brought to my attention by Gregory Wheeler, and is commented on by Eric Schleisser here.) Gelman thinks he knows what Fiske has in mind. He writes:

In short, Fiske doesn’t like when people use social media to publish negative comments on published research. She’s implicitly following what I’ve sometimes called the research incumbency rule: that, once an article is published in some approved venue, it should be taken as truth.

I read Fiske’s article and that seems like a pretty uncharitable reading. She doesn’t seem to be targeting all negative comments on published research in social media, and nowhere in the piece does she endorse anything like what Gelman calls “the research incumbency rule.” I am not familiar with Fiske’s work or her other pronouncements on social media so perhaps Gelman is relying for his characterization of her views on other material. (Gelman thinks Fiske is being defensive because, he says, she has been on the receiving end of the attacks she is decrying. He says, “her work and the work of her friends and colleagues is being questioned in a way that no one could’ve imagined ten years ago.” Again, I don’t know enough about what’s going on in psychology to comment on that.)

Nonetheless, Gelman’s robust defense of social media used well as a tool of academic criticism is worth looking at. He sees it as a natural step in opening up inquiry to further criticism (as his timeline of error-exposure in psychology illustrates). He notes that there is understandable resistance:

If you’d been deeply invested in the old system, it must be pretty upsetting to think about change.

But it’s important to clear out junk, which in his view is

the paradigm of the open-ended theory, of publication in top journals and promotion in the popular and business press, based on “p less than .05” results obtained using abundant researcher degrees of freedom. It’s the paradigm of the theory that in the words of sociologist Jeremy Freese, is “more vampirical than empirical—unable to be killed by mere data.” It’s the paradigm followed by Roy Baumeister and John Bargh, two prominent social psychologists who were on the wrong end of some replication failures and just can’t handle it.

And social media helps with the change:

When it comes to pointing out errors in published work, social media have been necessary. There just has been no reasonable alternative. Yes, it’s sometimes possible to publish peer-reviewed letters in journals criticizing published work, but it can be a huge amount of effort. Journals and authors often apply massive resistance to bury criticisms.

(i) a place to discuss and debate professional issues/norms (think of all the work Jennifer Saul and her collaborators have done to get gender-related issues discussed);

(ii) a means to convey news about the profession;

(iii) a way to try out ideas among sub-set of interested specialists and would be specialists; in fact this often leads (iii*) to the development or reinforcement of intellectual communities around some issues (with the risks of generating echo-chamber);

(iv) A means to promote developed and published views to the profession and the public;

(v) as a species of philosophy.

His aim in the post is to make a case for the broader recognition of (v), despite the fact that blogs aren’t peer-reviewed prior to publication and have a different format than traditional scholarship (as objections these points must confront several companions in the guilt).

What are the virtues of substantive philosophy blogging? Schliesser writes:

(a) it is fundamentally not-gated, so there are few barriers to entry (anybody can start a blog) and criticism (most blogs have a comment option–or one can start another blog commenting an blog), so it removes a status quo bias in existing research. Non-trivially, one of the ways it removes barriers to entry is that blogging is (b) also to lower cost (it is truly open as opposed to the many pseudo-open science projects). In addition, (c) blogging can be dialogical with audience members reviewing (including structured peer review) and responding to/commenting on posts. A blogger can (d) make transparent connections and links by linking to other works within a particular blog post (and so, thereby, reveal or call attention to systematic entailments or presuppositions) and within the life of a blog or blog-persona. While some element of this (d) is also the case in traditional academic formats, a blogger can (e) respond to events in real time and continuously update her position (if she so wishes) and (e*) reveal the ways her thought has developed. In particular, (f) blogs can shape the events and discipline in real time (e.g. Gelman).  Finally, a blog can (g) try out or host different kinds of voices, and, thereby, explore a wider range of experiences.

Further, because blogging is a way of making philosophy “more truth-apt,”

we need to prevent the situation that only tenured folk can really afford to invest in blogging (v) as a way to contribute to philosophy.

I generally agree with Schliesser on this, and would encourage others to put their philosophical ideas up online. As Fiske notes, the Internet can be unduly nasty, but as she also notes, that nastiness tends to be the activity of a relatively small group. (I would add that there tends to be much less of that on the blogs dedicated to substantive philosophy, e.g., Brains or PEA Soup.) Generally, the more philosophers there are participating in online forums, the more those nasty voices will be drowned out.

So have courage. As Gelman notes, he likes to “take advantage of this sort of unsolicited free criticism to make my work better.” Or, as Socrates put it way back well before the Internet:

UPDATE: Readers should also see the post at The Philosophers’ Cocoon, “Where does blogging fit into promotion and tenure (or should it)?” by Joshua Mugg (Indiana University Kokomo). 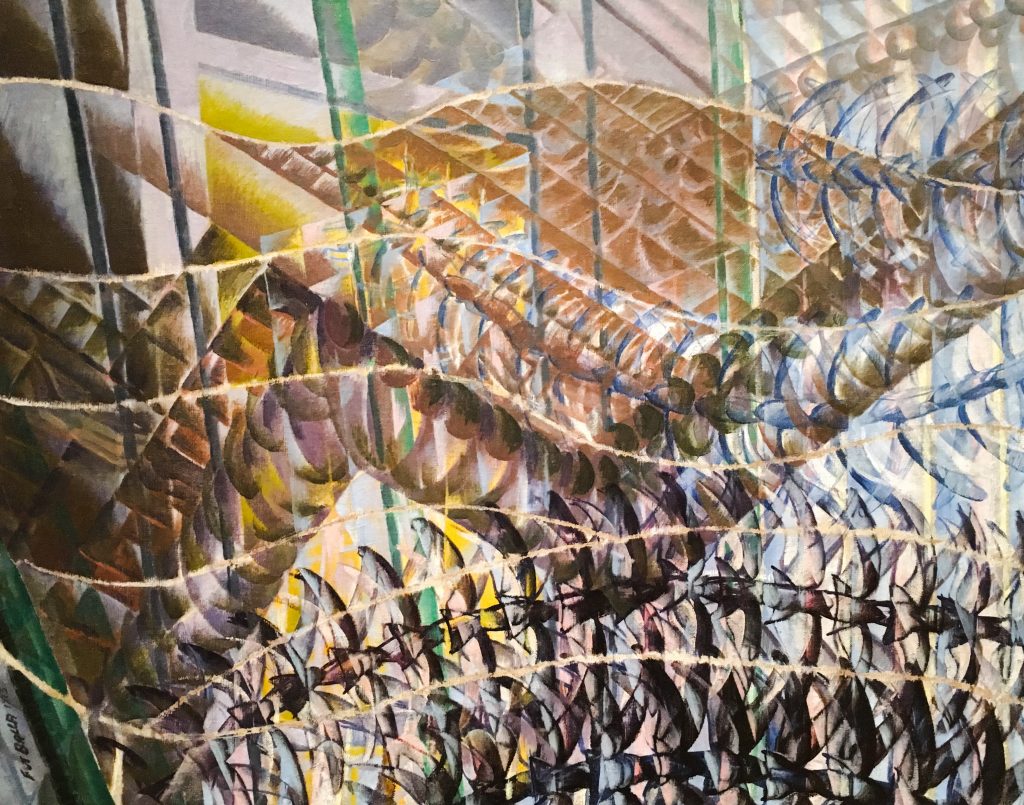