Looking for some good music? There’s a new EP out from Olúfẹmi O. Táíwò, a philosopher who just earned his PhD at UCLA and is starting as an assistant professor at Georgetown University this fall. 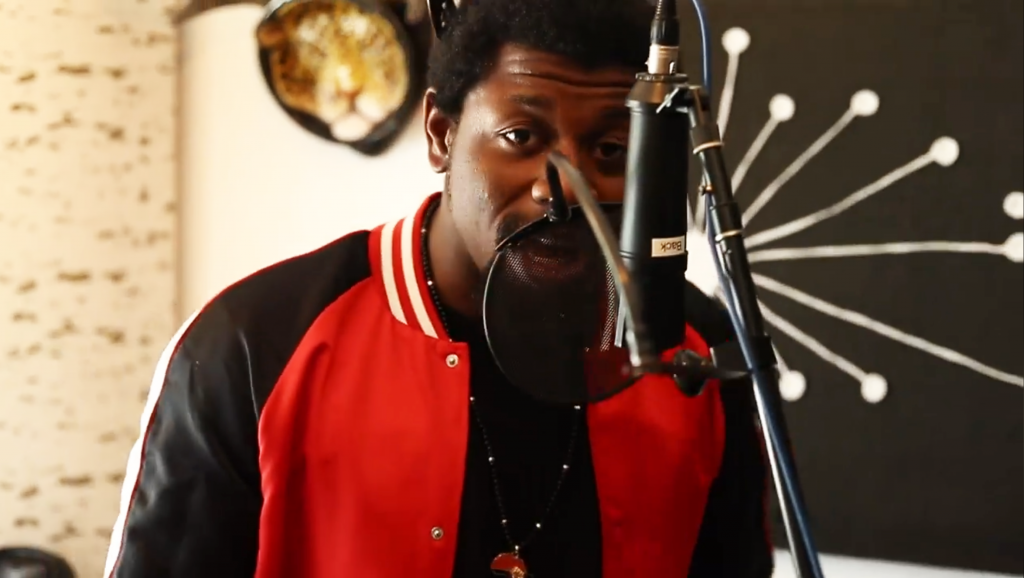 The EP, From Spain With Love, is an eclectic mix of hip-hop and jazz-rock with Iberian influences. Check out the blazing “The Last Standing” or the boldly re-imagined modern jazz standard “Spain“, for starters. The delicate Spanish guitar, pulsing beat, and impressive flow of words makes for some seriously innovative and enjoyable music.

Táíwò dabbled in music a little as a kid, but started taking it more seriously in college at Indiana University. He describes his musical style as “cross African diasporic” with the Iberian touches being something unique to this release.

I asked him to name some of his influences. This is what he called the “short” list: “Stevie Wonder, Chick Corea, Hiromi Uehara, Miles Davis, John Coltrane, Alexander Abreu, Patrice Rushen, Justice League (producers for Rick Ross and other notable folks), Sade, Anita Baker. For this album in particular, also Paco de Lucia, Ketama, and Pata Negra.”

In his dissertation, Táíwò “develops a narrative theory of action, human life, and social structures and reconsiders standard questions in political and ethical philosophy within this framework, including a substantive account of freedom in relation to social and political structures,” drawing on “German transcendental philosophy, contemporary philosophy of language, contemporary social science, histories of activism and activist thinkers, and the Black radical tradition.”

He says that he often finds himself exploring similar themes in his music and philosophy. He says that for this album he was thinking of “how to understand one’s decisions and environment in the context of ones whole life story,” for example, “how colonialism has closed doors for people and how people respond to that.”

Many young philosophers feel that they have to dedicate all of their time and energy to their philosophical work. I asked Táíwò about this and I thought his reply was interesting and worth sharing:

Well the big thing is that the ability to live a full life of any kind—whether fully responsive to one’s range of expressive interests, or fully immersed in the raising of one’s children or caring for other loved ones, or anything else that requires a form of work that doesn’t colonize our entire life, energy, and goals—is ultimately a labor issue. I am very fortunate to have been in a situation where we had a union fighting for labor protections that aimed to prevent some of the overwork abuses that are slowly being structured into the jobs of far too many of us, and also to work as a graduate academic worker in department that respected those protections. I think the first thing I would say to someone that wants to do philosophy and some other time and energy consuming thing is that there’s no substitute of mindset, day planning, or calendaring for us fighting together for fair and livable work conditions.

He also noted the importance of having a life beyond one’s academic work:

I think being deeply immersed in something outside of philosophy has made me a better philosopher. It’s easy to get into the habit of responding to the field and the literature rather than directly to the world—that is, where the answers to the questions that the field and the literature are trying to answer live, and where all of the people live who have to deal with the fallout of the answers we endorse.

It’s easy to see why this is an upshot for me as a political philosopher but I suspect that in general it could be grounding in a way to seriously do some sort of non academic activity, in a way that supplements rather than trades off with one’s academic work. I have a number of friends and colleagues who seriously run, or do art (shoutout to Professor Natalia Washington for the beautiful album cover!), or jujitsu, or whatever who are also really really first scholars and it doesn’t seem like a coincidence to me.

Thanks for sharing this. Great stuff.Report