Instead of gauging progress by asking what “we” philosophers agree about, one should ask whether someone who wants to do philosophy is in a better position to do so today than she would’ve been 10 or 100 or 1000 years ago? The answer is: certainly.

The following is a guest post* by Agnes Callard, associate professor of philosophy at the University of Chicago, in which she responds to the recent post by Tyler Cowen (GMU) at Marginal Revolution regarding progress in philosophy, mentioned here a couple of days ago. A version of it first appeared at her website. Follow Professor Callard on Twitter: @AgnesCallard. 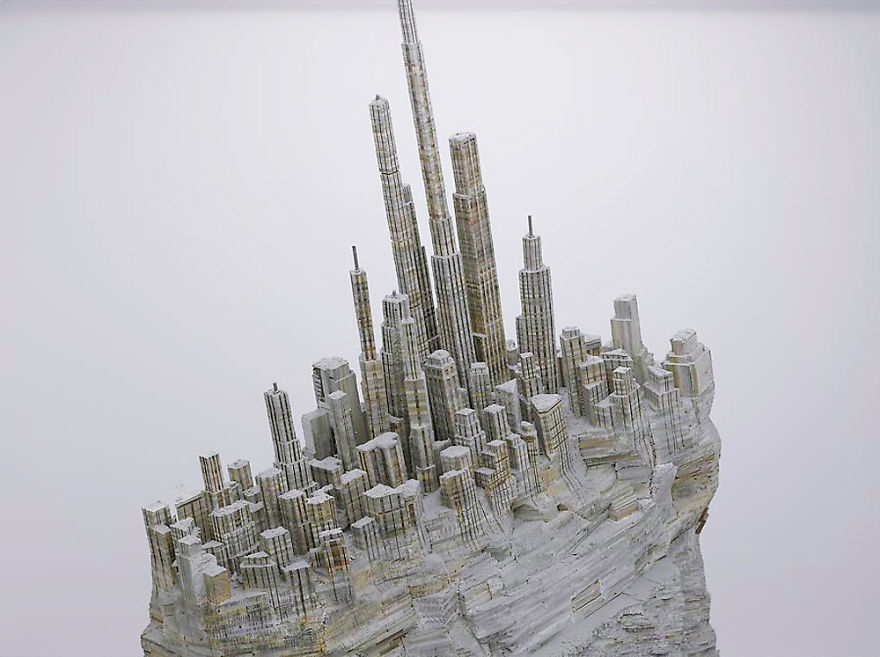 In a recent post on his blog Marginal Revolution, Tyler Cowen talks about whether there has been progress in philosophy. Tyler approaches this question by describing some ways other fields have taken on philosophical problems, approaches or insights. One might still wonder: what have philosophers done for philosophy itself? This question is related to another: why do we (still) read old books of philosophy? In what follows, I try to answer these questions, and also to consider what the demand for progress reveals about the relationship between philosophers and non-philosophers.

Academic disciplines regularly export technologies, ideas and practices outside the ivory tower, or to other parts of it.  Tyler’s list consists mostly of what I would classify as (sometimes second- or third-hand) philosophical exports. I don’t deny the value or the philosophical character of any of those items, but I do deny the implication that philosophy should be judged by what gets exported from it—-any more than physics or mathematics should be assessed in this mercenary and extrinsic way. Learning, knowing—these are some of the greatest goods human beings can hope to attain. They do not serve. Other things serve them.

If we are to evaluate philosophy from the inside, which is to say, to gauge its progress as a form of learning or knowledge in its own right, we must acknowledge that philosophy, as it is currently practiced, is not in the business of building consensus. In this respect, it differs from many academic disciplines. It also differs from earlier incarnations of itself: think of Plato’s Academy, or Zeno and the Stoa, or German idealism or the Vienna Circle. Think of Aquinas and Augustine and all the great religious philosophers who are philosophizing strictly within Christianity. Think of Maimonides’ commitment to reconciling the Rabbinical teachings with Aristotle. Each of these philosophers lived inside a philosophical world of a particular character, within which progress was possible because of the practice of handing down teachings. My philosophical colleagues and I don’t do that.  We don’t expect our students to progress within the framework we set down for them.

Though I think all of those philosophers are worth reading—more on that below—I believe the turn away from schools, teachings and doctrines is itself one of the great instances of philosophical progress. (And also, incidentally, one of philosophy’s most valuable exports.) But it has the consequence of eliminating the “we” featured in Tyler’s (1)-(16).  Anything which is such that we can say, “we now know it” is likely to be an export, or to lie at the intersection of philosophy and some other field (e.g. mathematical logic). In philosophy proper—which is to say, that by reference to which the progress of philosophy ought to be judged—there is nothing “we” think. Some of us believe there are true contradictions. Some of us believe that possible worlds are real. Some of us believe that, because we can’t create our characters, and our characters determine how we act, we can’t ever be morally responsible for anything we do.  We are a motley crew.

Instead of gauging progress by asking what “we” philosophers agree about, one should ask whether someone who wants to do philosophy is in a better position to do so today than she would’ve been 10 or 100 or 1000 years ago? The answer is: certainly. Here are two very different reasons why:

(1) If she is a she, she wouldn’t have been able to do it at all until fairly recently. (This is also true of many—most—“he”s.)

(2) There are many great philosophical arguments and ideas available for her to engage with. She has better interlocutors to think with than people did 10 or 100 or 1000 years ago: later philosophers always have the advantage. The more we respond to one another, the better materials we hand down to our descendants for thinking with. For example, nowadays if you want to go ahead and assert, in a philosophical context, that there aren’t any true contradictions or that what didn’t but could’ve happened is unreal, or that you are sometimes morally responsible for some of the things you do, there are philosophers who have made it hard for you to do that. Graham Priest and David Lewis and Galen Strawson have, respectively, raised the cost of saying what you’re reflexively inclined to say. They’ve made you work for it—made you think for it.

Priest, Lewis and Strawson offer the person who is willing to do this work a decrease in the entropy in their original claim, which now has to be more specific and determinate. What one had before encountering them was, one now sees, nothing more than a way of vaguely gesturing at the idea in question. Engaging with them introduces order into one’s thinking as to what exactly is meant by claiming, e.g. that one is morally responsible. If someone is willing to do the work, she can have thoughts about these common sense, intuitive claims that are better than anyone could’ve had 10 or 100 or 1000 years ago. What greater gift one possibly ask for?

But if philosophical thinking is getting better and better—more precise, truthful, articulate, deep—why should we still read Aristotle or Maimonides? The reason we need to do the history of philosophy is precisely that philosophy has made massive amounts of progress in Tyler’s sense of the word: it has filtered into, shaped and organized commonsense, ordinary thought. Indeed, it constitutes much of that thought. Recently a historian of philosophy named Wolfgang Mann wrote a book called The Discovery of Things. He argues, just as the title of his book suggests, that Aristotle discovered things. It’s a book about the distinction between subject and predicate in Aristotle’s Categories—between what is and how it is. You may not have realized this but: someone had to come up with that! Many of the things that seem obvious to you—that human beings have basic rights, that knowledge requires justification, that modus ponens is a valid syllogistic form, that the world is filled with things—people had to come up with those ideas. And the people who came up with them were philosophers.

So you are pretty much constantly thinking thoughts that, in one way or another, you inherited from philosophers. You don’t see it, because philosophical exports are the kinds of thing that, once you internalize them, just seem like the way things are. So the reason to read Aristotle isn’t (just) that he’s a great philosopher, but that he’s colonized large parts of your mind. Not everyone is interested in learning about the history of philosophy. But if you are the kind of person who is not happy about having delegated some of your most fundamental thinking to other people; if you want to go back and retrace those steps to make sure you are on board; if you want to take full ownership of your own mind, well, in that case the history of philosophy might be for you.

Up until this point I have not raised any doubts about the spirit of the question Tyler and I are answering. In view of certain features of the framing of the question, I feel must end by addressing a less charitable interpretation of the questioner’s motivations. You will recall that he asks us,

“You know this old debate: why are we still reading Plato? Haven’t they figured out free will yet? Will they ever? Don’t the philosophers obsess too much over very old texts?”

We don’t demand progress in the fields of fashion or literature, because these things please us. Philosophy, by contrast, is bitter, and we want to know what good it will do us, and when, finally, it will be over. It is not pleasant to be told that maybe you don’t know who you are, or how to treat your friends, or how to be happy. It’s not pleasant to have it pointed out to you that maybe nothing you have ever done matters, or that, for all you know, there is nothing out there at all.

So one way to hear the questioner is as asking:

The answer is: never.

It is not the point of philosophy to end philosophy, to ‘solve’ the deep questions so that people can stop thinking about them. It is the point of people to think about these questions, and the job of philosophers to rub their faces in that fact. Of all of philosophy’s achievements, perhaps the greatest one is just sticking around in the face of the fact that, from day one, anyone who has plumbed the depths of our ambitions has either joined us or… tried to silence, stop or kill us. This is an “old debate” indeed.

The first philosopher was once asked this question:

“Tell me, Socrates, are we to take you as being in earnest now, or joking? For if you are in earnest, and these things you’re saying are really true, won’t this human life of ours be turned upside down, and won’t everything we do evidently be the opposite of what we should do?”

Philosophers today remain the children of Socrates, and we are in earnest.

Art: sculpture made from books by Liu Wei