“To put something forward is an act of courage, and especially when you know people are going to tear it down. But I think tearing it down is the right response.” 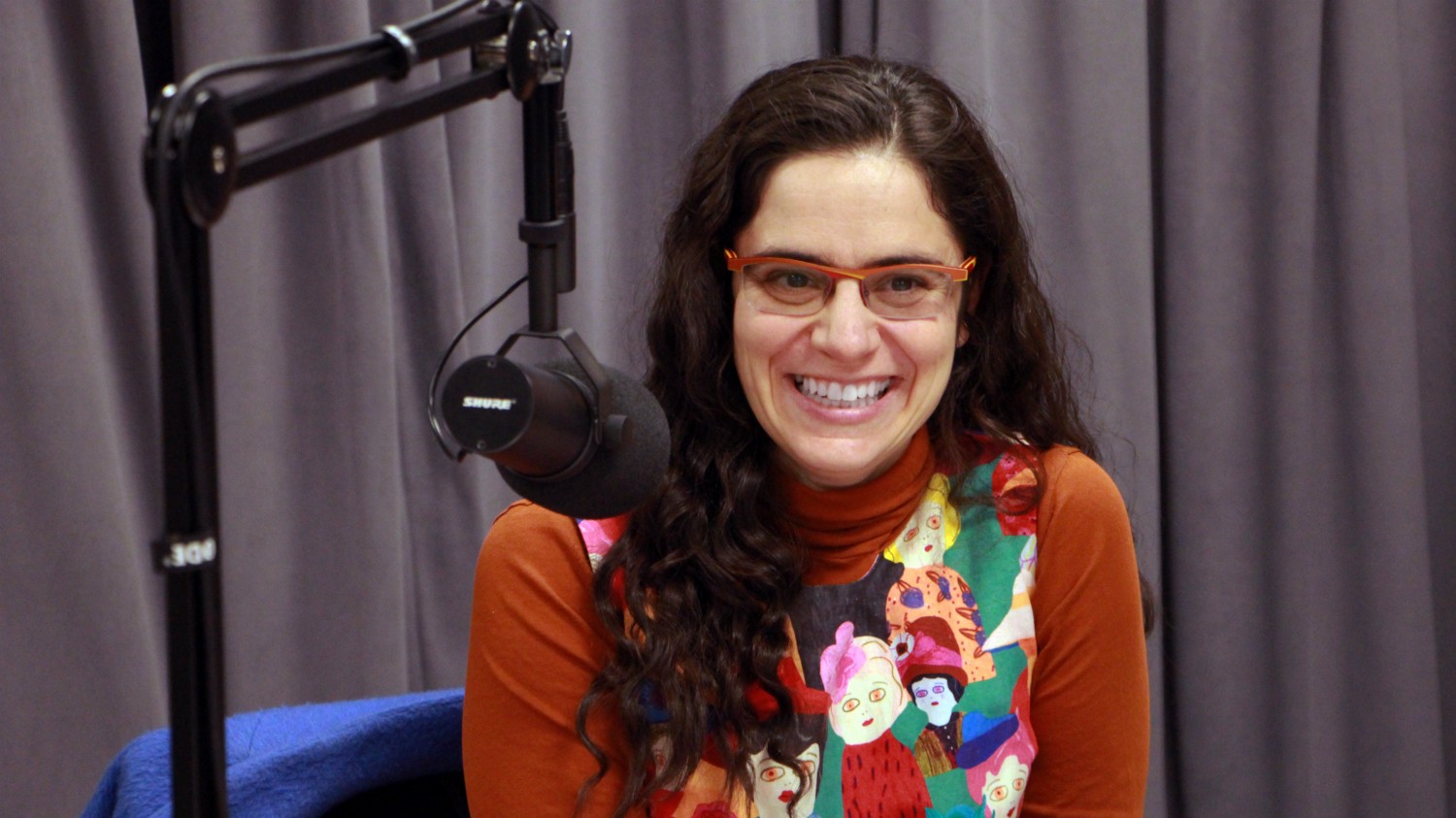 That’s philosopher Agnes Callard (Chicago) talking with polymath economics professor, columnist, and blogger Tyler Cowen (George Mason) as part of his “Conversations with Tyler” series. The whole interview is fascinating, including the following exchange on the adversarial character of philosophy and the focus of philosophers on refutation.

COWEN: You gave a recent talk… as to why philosophers refute each other so much. As a method for doing philosophy, is one philosopher trying to refute another, say through the medium of a public talk? Do we do too much of that or too little in philosophy?…

CALLARD: I think we do roughly the right amount of it in philosophy. I wrote that talk because there’s been a lot of discussion about the underrepresentation of certain groups of people in philosophy —women and minorities —and the fact that some practices that we have in philosophy might be contributing to that.

There can be quite a lot of rudeness and just nastiness in the way that people conduct themselves, and that perhaps that kind of aggression is putting groups of people off of the discipline. That’s an important reflection that we’re having.

However, in the context of that, I heard several people say, “Yeah, why do we even refute one another? Why are we doing it that way?” And that made me think, “Uh-oh, somebody better explain why we’re doing that.” Because that’s really important. We have to do that.

I think we do the right amount of it, though there’s some amount of it’s being threatened right now.

COWEN: If I look at at least some parts of the American legal system, there’s a kind of adversarial method. I’m not sure that works well.

If I look at many parts of the American private sector, in business meetings, people aren’t focused on refuting each other. They work together in small teams, and they try to improve each other’s arguments. The private sector, to me, on average seems to work better than the legal system.

So why don’t we do more philosophy like this? Someone presents a paper. You then have seven or eight people stand up. It’s kind of assumed most arguments are wrong or insufficient. Those seven or eight people try to improve on what the person said. They can only say positive things, only build up the argument in various ways.

Then at the end, everyone goes away. It’s like, “is this project worthwhile?” Almost like venture capitalists, most of the time it’s “no.” But sometimes, the initial talk and those improvements will be so good, people will say, “Oh, if most ideas are wrong to begin with, and this is rationally known, why spend all this time on refutations?”

CALLARD: We all think that our ideas are right, at least at the time that we’re proposing them.

COWEN: But that can’t be rational, right?

CALLARD: It’s actually rationally required in the sense that to believe . . . Say I say, I believe there’s snow on the ground outside. That’s a belief of mine. Then I also believe that’s true. Then I can also say, “There’s snow on the ground outside.” Those are just three ways of saying the same thing. In order to have any beliefs at all, you have to think that those beliefs are true.

COWEN: Some beliefs, the snow beliefs. But the “Is there free will?” beliefs, you figure whatever you think, it’s probably wrong.

CALLARD: If you go to a philosophy talk about free will, they’re not going to say that there’s free will or there isn’t.

CALLARD: They’re going to say something much, much smaller and much more complicated, something that they feel they can say. We say what we feel we can say, right?

At the very least, we believe it at the time. And that’s quite important. When you say most arguments are bad arguments or wrong, in a way, that’s right. It’s really hard to be Socrates’s interlocutor. It’s much harder to be the interlocutor than to be Socrates, and I think Socrates very much appreciates that. He’s very grateful to his interlocutors, and he praises them constantly.

To put something forward is an act of courage, and especially when you know people are going to tear it down. But I think tearing it down is the right response. So let me defend that, as opposed to the helping.

COWEN: But it’s aiming at truth, right? Getting something done by blending synthetic knowledge.

The reason why we have adversarial systems for pursuing certain goals is that there’s actually a tension inside the goal itself. The goal threatens to pull itself apart. In the case of justice, we have the goal that we want to convict the guilty, and we want to acquit the innocent. And those are not the same goal.

They pull apart a little bit because if you’re really, really, really committed to acquitting the innocent, you’ll be like, “Look, if there’s any doubt, if there’s any possible doubt of any kind, we should acquit.” Then you’re not going to get to the other goal. It’s that tension inside of the goal itself of justice that’s generating need for the adversarial system.

There’s a similar tension inside the goal of philosophical knowledge. It’s one that I think was best articulated by William James in his famous article, “The Will to Believe.”

James thought that the science and epistemology of his time was too obsessed with that second goal: “Well, if there’s any doubt at all, just don’t believe it.” He was pointing out that we had this other goal too.

I don’t agree with James about how we solve the problem, but he’s right that there’s a real problem there, that the goal threatens to pull itself apart. And it’s in those contexts that the adversarial division of labor makes sense.

You can listen to the whole interview, below, or read it here.

It seems to me that if we attempt to refute these claims, we are at the same time implicitly endorsing them.Report

Yes. Back in grad school at Tennessee (long ago) I can still vividly recall reading, of all things, papers on identity (!) where the interlocutors sometimes used very brutal language to refer to antagonist’s views that not only demeaned positions, but the ones proposing those views. I can still recall my feelings of discomfort reading them–but at the same time sensing that unless I also used such strong language of refutation, that I would not be taken seriously.

But one Professor–who I never took a a class from, unfortunately–Betsy Postow, recently deceased, taught me in one minute of one day a lesson that has stuck with me since. That was a lesson not just about how to level criticism in a “not. . . inhumane way”, but how *to receive* criticism–and thus potentially break the cycle of viciousness that my readings on identity had shown me to be an archetype of philosophical discourse. She was in the main office mailroom, where I was no doubt checking for replies on my job apps, and she received her latest copy of Analysis. While I sorted through whatever rejections or acknowledgements I had, she paged through her journal apparently to skim a reply to a paper she had previously published. She looked at me and simply said, “Well, he blew me out of the water.” I said something like “What?” and she explained “A paper I had in Analysis–this guy just completely refuted it.” I guess I said “Sorry” or something. But what she said–and the sheer equanimity and just plain cool way she said it–it’s always stuck with me. She was at peace with being part of an ongoing philosophical conversation even if she was refuted. As I said, I never took a class with her, but that day, in just one minute, she taught me more about admirable norms of civil philosophical discourse than I could ever wish to find. And I pass that small but important wisdom on in respect and gratitude to her.Report

How lovely Alan – thanks for that.Report

Socrates was NOT a good role model: http://digressions.angstpatrol.com/adversarialism-in-philosophy-a-prosecution/Report