Trump’s egotism pushes him to a position on the alleged problem of political correctness run amok on college campuses that is close to mine: “it’s highly overblown.” 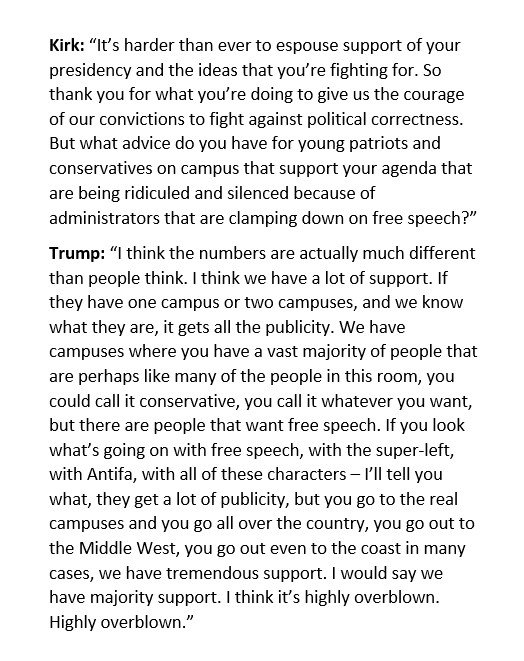 Also in the strange bedfellows department, Portland State University political scientist Bruce “#notallcolonialisms” Gilley (previously here and here), denies that the relative lack of conservatives on campus is owed to hostile attitudes towards conservatives. He offers a much more interesting explanation in its place. Here’s an exchange from an interview of him at The Chronicle of Higher Education:

Q. I read an essay from last year in which you explained why you were leaving the American Political Science Association. In that essay you wrote that conservatives who write about the academy often think there’s a conspiracy to keep conservatives out, but that you don’t think that’s the case. So why do you think there aren’t more conservatives in academe?

A. There’s a famous study of housing segregation by Thomas Schelling. He showed that if you model a situation where people have a weak preference for living next to people who mostly look like them—they’re OK having a few black neighbors, but they don’t want more than half of their neighbors to be black—the aggregate consequence of that, as it ripples through the system, is the entire neighborhood becomes white. I think that exactly is what happened in the academy.It’s not that people don’t want conservative colleagues or are actively hostile to them. But they have a weak preference for liberals, and what happens over time is it aggregates into a purely liberal academy. What this means is, I go to work every day with reasonable, smart, thoughtful people who are not on a witch hunt.

Coming up next: Vladimir Putin argues that so-called “snowflake students” are really tough. 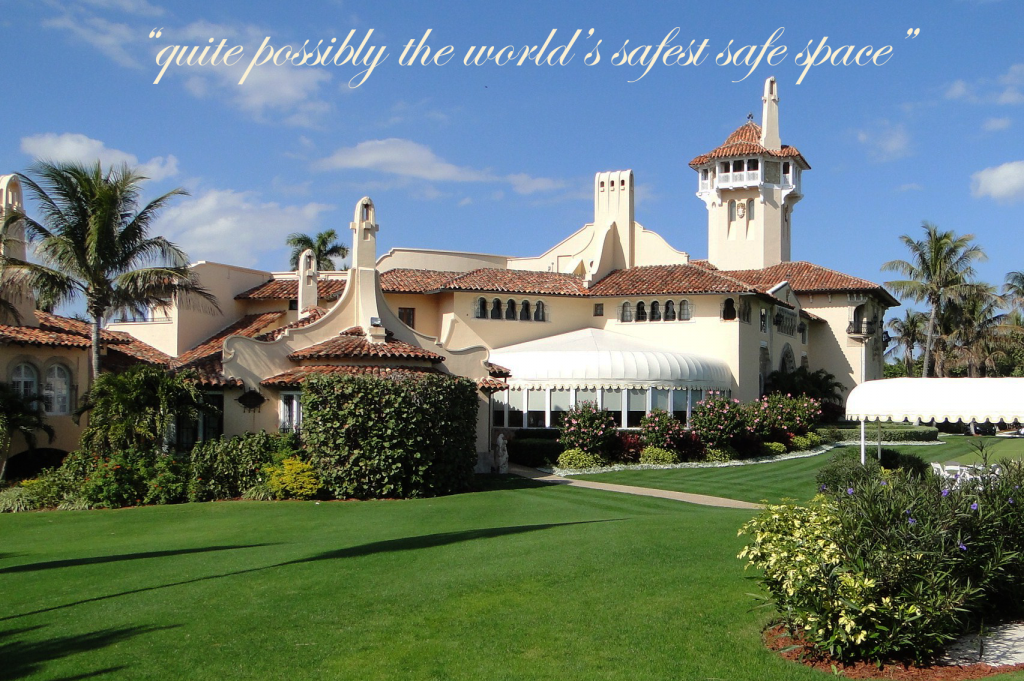 This Trump quote is very interesting. I wonder what would his rabid online followers, say those on Reddit, think about it.

About the second part, that is, the relative lack of conservatives in academia. Does anyone know about serious social science research that goes into possible explanations of that phenomenon, other than this Schelling study? Furthermore, if I understood this correctly, doesn’t that study show why are people in a given social circle similar to one another, but it doesn’t show that they are similar in virtue of P, or Q, or … What I’m aiming at, how come that effect doesn’t manifest itself in the dominance of conservatives in academia, since (presumably) they also have at least a weak preference for similar-minded colleagues?Report

Not that this would help very much, but on the chance that it could provide some insight: I’m an academic who tends to side with conservatives, and while it is comfortable to be around like-minded colleagues, I do not feel as though I need that comfort. In fact, most of my colleagues seem to me to be on the left, but it is easy for us to maintain a high standard of mutual respect, and that is good enough for me. If I currently exercise any influence on students or other staff, it is not through overt manifestation of the kind that we see demonstrated by those on the far (regressive) left and far (alt) right, it is just through details in my academic performance (e.g. the respect I show to typically conservative ideas, etc.). However, I could understand how a conservative like myself could be moved to “militarise”, in which case I would begin to find myself among more conservatives for the purpose of overt manifestation. And I think that this is what we see has happened in the Jordan Peterson phenomenon.Report

“Does anyone know about serious social science research that goes into possible explanations of that phenomenon, other than this Schelling study?”

Yup. There’s a book somewhat about this, called _Passing on the Right: Conservative Professors in the Progressive University_.Report

Ten years ago, Nakhaie and Adam published a piece in the Canadian Journal of Sociology that examined the political affiliations of university professors in Canada based on a national survey. They found that there’s quite a bit of variation, and that a lot depends on how you classify the different parties, but that the largest group was centrist (construed roughly to mean: Liberal Party of Canada). They also found that institutional prestige is an important predictor of party vote (i.e. higher prestige = more for the Liberals and Conservatives, fewer for the NDP).

A lot has changed in Canada since the 2000 national survey, and obviously the US is a different beast. But I would expect many of the observations to port over pretty neatly.

You can find the paper at https://journals.library.ualberta.ca/cjs/index.php/CJS/article/view/1036Report

The best theory I read about Trump’s comment came from a conservative anti-Trump writer. Trump can’t bring himself to publicly admit that he’s unpopular among young people. So instead, he claims that there is a “silent majority” (to use Nixon’s term) of college students who are really Trump supporters, and the only ones who are against him are a tiny, vocal minority.Report

“Theory” is a strong word…Report

“Trump’s egotism pushes him to a position on the alleged problem of political correctness run amok on college campuses that is close to mine: “it’s highly overblown.””

In my judgment, Trump doesn’t have ‘positions’*. Rather, he says what he wants people to believe regarding whatever issue he’s discussing. Does anyone think that Trump has any idea about what students on college campuses believe today? I don’t think so; further, he doesn’t care. All he knows is that it benefits him if people believe that ‘it’s overblown’. In other words, if Trump is right about this, it’s by accident, not by intention or concern.

*In a recent interview with Bill Maher, Billy Bush spoke about the time he corrected Trump on ‘The Apprentice’ ratings. Trump had falsely claimed that it was number one, when, as correctly Billy pointed out, it hadn’t been number one, in any category, for years. When the cameras were off, Trump told Bush, “Billy, you just say it, and they believe it. They just do.”

George Will recently characterized the notion that Trump has convictions or plans or policies – or, I would add, positions – as a category error: “Much is made of the fact that Bolton is implacably hostile to strongman Vladimir Putin, whom the U.S. president, a weak person’s idea of a strong person, admires. And of the fact that the president has repeatedly execrated the invasion of Iraq that Bolton advocated. So, today among the uneducable, furrowed brows express puzzlement: How can the president square his convictions with Bolton’s? Let’s say this one more time: Trump. Has. No. Convictions.

“Even this scatterbrain’s Swiss cheese-style tariffs are too sloppy to reflect forethought. He has sentiments, and visceral reactions to which he is attentive. But to speak of, say, a sincere sofa is to commit what philosophers call a “category mistake” — sofas are incapable of sincerity — and to speak of this president’s convictions (or plans, or policies) about this or that is a category mistake.”Report

Who the H is Kirk??? No context.
But comments from Trump are about what I would expect, but without context I don’t know the full story. Maybe it’s me, but I do not know who Kirk is. Otherwise, as noted not un-Trumpian comments as reported, but are they valid without that context? And do not jump on me for being pro-Trump, you are never going to find anyone less Trumpian than I am. I just care about objective context in which to judge anyone’s comments.Report

Everyone knows that the political tilt of academe is due to the liberal bias of facts.Report

The “Middle West”? Is that somewhere between the Shire and Mordor?Report

He must have been channeling Sauron.Report

Of course the “political correctness run amok” narrative is grossly and grotesquely overblown in conservative media. It is also a very serious problem. What’s more, the grain of truth in the hysterical accusations against us helps fuel the accusations.Report