The 2017-18 edition of the Philosophical Gourmet Report (PGR), a ranking of the reputation of Ph.D. programs in philosophy, has been published.

The survey is described as trying to “capture existing professional sentiment about the quality and reputation of different Ph.D. programs as a whole and in specialty areas in the English-speaking world.”

The results are based on a survey of philosophers, described here:

In October 2017, we conducted an on-line survey of approximately 550 philosophers throughout the English-speaking world. The survey was built using Qualtrics survey software and run by the Center for Innovation in Teaching and Research (CITR) at Western Illinois University. 274 philosophers [listed here] responded and completed some or all of the surveys. The survey presented 91 faculty lists, from the United States, Canada, United Kingdom, and Australia and New Zealand. Note that there are some 110 PhD-granting programs in the U.S. alone, but it would be unduly burdensome for evaluators to ask them to evaluate all these programs each year. The top programs in each region were selected for evaluation, plus a few additional programs are included each year to “test the waters.”

The PGR provides both overall and specialty rankings.

The top 50 departments in the English-speaking world, according to the PGR’s 2017-18 overall rankings are: 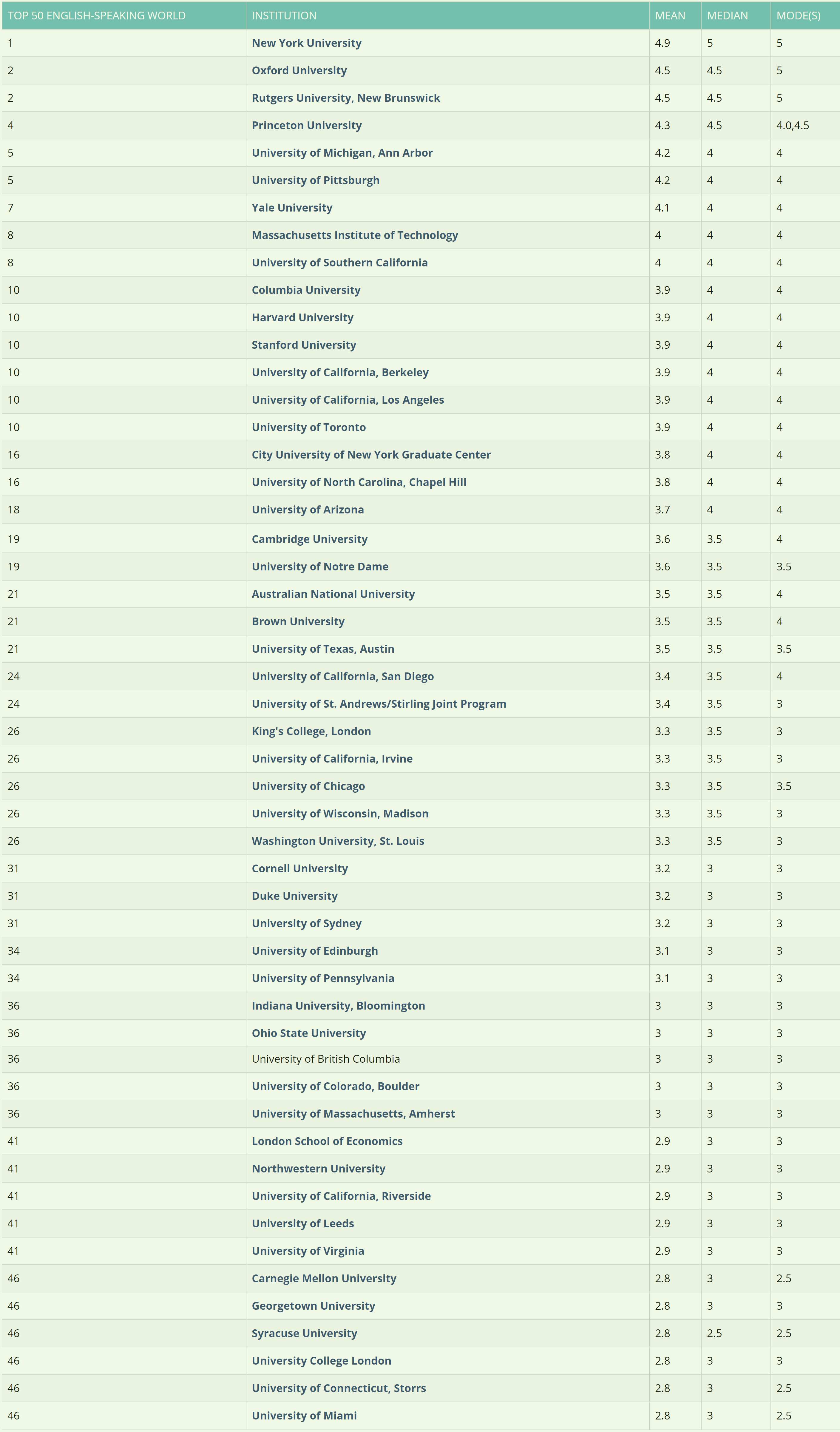 The U.S.-only top 50 rankings, according to the PGR, are:

This edition of the PGR is the first edited by the team of Berit Brogaard (University of Miami) and Christopher Pynes (Western Illinois University), and the first without PGR founder Brian Leiter (University of Chicago), who stepped down from the PGR’s helm following controversy regarding his treatment of some philosophers.

In the past, concerns have been raised about the methodology of the PGR (see some of the links in this post). It is unclear whether the current report has been improved in any of these regards. (Comments on this from those in the know, including the current PGR editors, are welcome.)

The PGR is one of several resources available to prospective graduate students in philosophy as they choose which programs to apply to and attend. Other resources include Academic Placement and Data Analysis (APDA), PhilWiki, and the QS Rankings.