Since late February, professors and staff at UK universities have been striking over changes to their retirement plans.

Miriam Ronzoni (Manchester) has published a helpful explanation of the issues behind “the most massive industrial action ever undertaken” in higher education in the UK at Crooked Timber. Here’s an excerpt:

The reason behind the strike is a major reform of academic pensions, which Universities UK (UUK)—the organization of academic employers—put on the table last year. The plan is to move from the current defined benefit scheme to a defined contribution scheme, whereby future pensions would entirely depend on how the invested contributions do on the stock market. It is clear that this change is fairly radical and would make UK universities a much less attractive and competitive place to work.

If this weren’t enough, however, four things make UK-based academics particularly angry. First, the current scheme is already a significantly downgraded version of the pension that was promised to all academics who started working in UK universities prior to 2010. Between 2010 and 2016, the old “final salary” scheme (whereby pensioners would get half of their final salary upon retirement) was replaced with a, broadly speaking, “average salary” scheme (whereby pensioners would get half of their average salary upon retirement). In 2010, UUK stopped offering the old scheme to new employers; in 2016, the old scheme was closed altogether. This change was hard enough to swallow, but academics were promised that it would make their pensions “bullet proof” sustainable.

Now UUK claims that the scheme is not sustainable after all, which leads to the second reason for being angry. Over and above the question of “who is to blame” and should carry the burden if the scheme is not sustainable in spite of predictions, many experts question the valuations and analyses offered by UUK, arguing that “there is no deficit”, no problem of sustainability, and the proposed reform is instead driven by an agenda of “aggressive de-risking” aimed at shifting all risk-carrying to employees.

Third, UUK have refused to enter any meaningful negotiations with the Union of academics, UCU, up until now.

Finally, many argue that the very way in which this decision was taken was dodgy and intransparent. Not only did only a minority (42%) of employers vote for the proposed change; on top of that, several individual colleges at the Universities of Oxford and Cambridge were given an individual vote, thus allowing single colleges to count as much as some of the largest universities in the country. 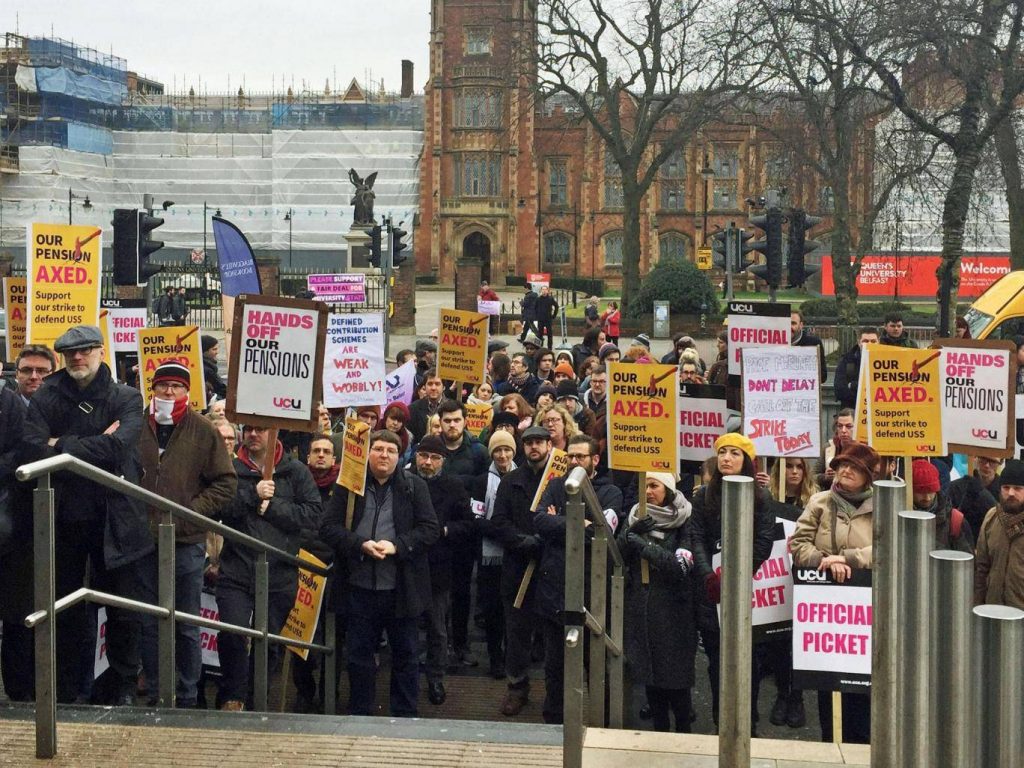 In the U.S., of course, defined benefit schemes are all but extinct. It sounds as if the U.K. is now being subjected to the same short-sighted neo-con vision of a world without public goods. Of course the proceedings must be “intransparent”: the data don’t support the truth of any of the axioms needed to demonstrate the value of such a world.

The change will continue to benefit mainly those in finance, who take their cut on every trade, win or lose. When large institutional investors are broken up into millions of individual investors, the “wizards” of finance get an ever-growing share of the pie, without providing any substantial benefit in return. Beats working.Report

Catherine Womack on Summer 2022 Plans: a Note to Readers

Happy break time! Thanks for all of your expertise and attention to this great resource for us.

Yes, even I had to read that part as sarcastic! It takes no bravery to raise questions about China in the US. Now, […]

Edouard, thanks for the concise summary of problems with implicit attitudes research. Too many theorists don’t know about these issues, and your review in WIREs […]

Let me say again: I find your book excellent and very interesting! Like all the very best philosophy, it is important and useful for […]

The inference "if he is in China and/or Chinese, he must be a PRC apologist" sounds super-racist, not just a bit racist. But surely you […]

Thanks for this post, Edouard. I've been following this debate on and off, and mostly from a position of ignorance when it comes to the […]

Someone who is working in the U.S. made such a demand. Tell me where the brave part comes in. Say something against the cancel culture

Reading it or projecting your own bias onto it? "If he is in China and/or Chinese, he must have been a PRC apologist." Doesn't this