Here and Now is a new television series on HBO. A family drama from the creator of the popular and critically-acclaimed show Six Feet Under, it stars Tim Robbins as philosophy professor Greg Boatwright and Holly Hunter as his wife, Audrey Bayer, a lawyer. 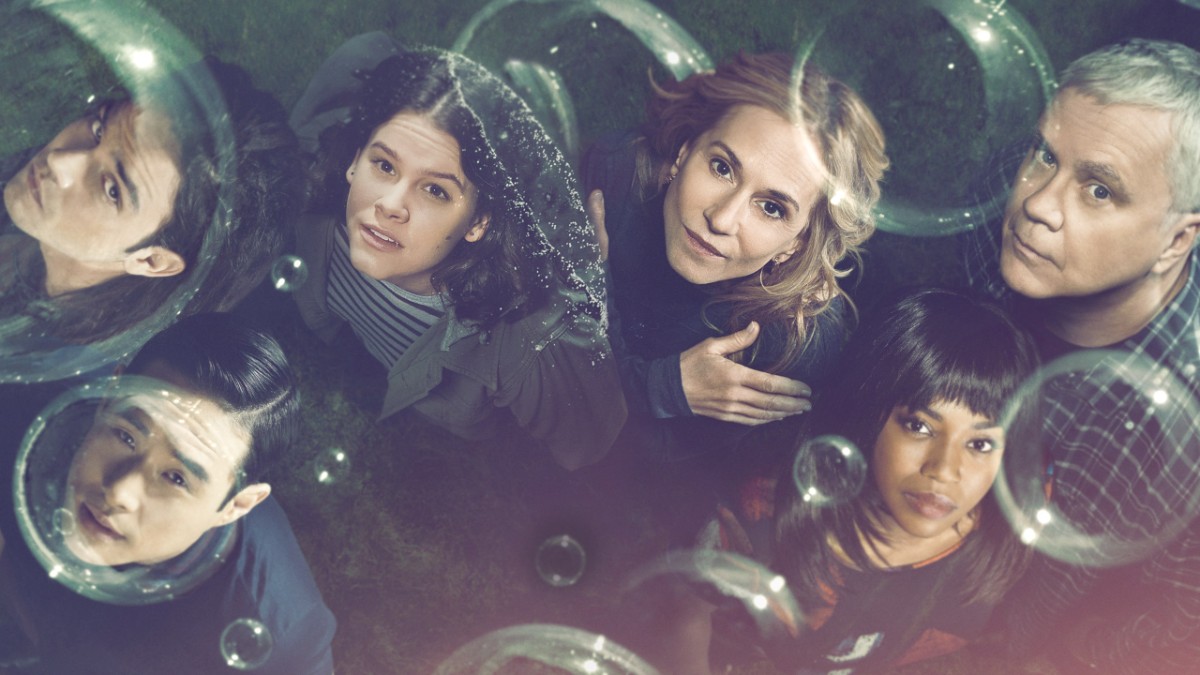 This is the third major television show over the past few years to feature a philosophy professor as a main character—the others are The Good Place and A.P. Bio—but the first drama.

Jane Borden, writing about the show in Vanity Fair, says:

In the first episode… a character utters the words epicureanism, presentism, and hedonism in the span of a few seconds. Speaking of hedonism: there’s also a lot of sex on this show. (This is HBO, after all). Yet even this element gets the philosophical treatment; in Here and Now, the person getting fucked is usually not the one getting screwed.

On its face, the show is a family drama—a familiar genre to creator Alan Ball, who won an Oscar for writing American Beauty and also created the Emmy- and Golden Globe-winning Six Feet Under. Here and Now is centered on Greg (Tim Robbins) and Audrey (Holly Hunter), Portland parents of four. But there’s a twist: as Ball says, “I didn’t want it to be about just another white family having sibling rivalry and childhood trauma and health scares… because I’ve seen that so many times.”

Instead, he took a multicultural turn, imagining a family in which two social-justice warriors adopt children from different countries. Ball also added a magical element, giving one of those children hallucinations which may be a gateway into another character’s mind—then used the hybrid premise as a way to investigate our anxious times. “Just being alive today in America is kind of an existential crisis,” he says during a phone interview.

The first episode aired last night. The show appears to be getting mixed reviews.

Here’s the trailer for the series:

Note: This post has been edited to correct the names of the characters.

“Merlí” is a Spanish (Catalan) show about a philosophy professor that ran from 2015-2018. It’s now on Netflix. I don’t know any other philosophers who have seen it/ are watching it so I don’t know what to say about how it’s received by philosophers; IMDb score is 8.7/10, fwiw. I like the show well enough. Just want people to know it exists!Report

I’ve been watching AP Bio, and so far it’s exceeded my very low expectations. I’d go so far as to say it’s one of my favorite shows on TV right now. The Philosophy angle isn’t the most prevalent, but there are hints here and there; it’s more of an angle on academia. Still, it’s my kind of humor.Report

Could we just once have a female philosophy professor? Or is the role just too difficult to write?Report

Female philosophy professor? C’mon, let’s strive for realism: they’re only 17% of the population, so what are the odds?Report