The National Collegiate Athletic Association (NCAA) has released its “Public Infractions Decision” regarding academic fraud at the University of North Carolina, Chapel Hill. Over an 18-year period, some student athletes were steered towards phony “paper classes” that never met and were assigned work that was graded—if at all—by the department’s office manager, often based on the grade the student athletes needed to maintain eligibility to play.

Earlier reports had implicated Jan Boxill, who had been a philosophy professor at UNC, director of its Parr Center for Ethics, and academic counselor to women’s basketball players, in the fraud. UNC tried to fire her, and she eventually resigned, denying all allegations, and maintaining she was not part of the fake class scheme.

The Public Infractions Decision, released last Friday by the NCAA’s Committee on Infractions (COI), states that its investigative panel “cannot conclude that [Boxill] committed unethical conduct.” Here’s the portion of the report on Boxill, referred to throughout as “the instructor/counselor”:

As the panel previously noted, the NCAA’s role in academic violations is limited. While the NCAA defers academic fraud determinations to member institutions, there is no such deference requirement for impermissible academic assistance. But there are circumstances where the question whether impermissible academic assistance occurred itself requires academic judgments. In those circumstances, the COI must tread carefully. A violation must be clear on its face. Here, there are gaps in the record in the nature of the assistance the instructor/counselor provided. The record includes partial email chains, iterations of draft papers and lacks complete and final work. The record required the panel to assess the edits and suggestions down to the line-by-line and word basis. The panel was not in a position to make these academic judgements. The facts are further complicated by the many roles in which the instructor/counselor served during her tenure at the institution. At the hearing, she maintained that whether she was the director of the ethics center, an instructor, ASPSA counselor for women’s basketball student-athletes or an advisor for non-athletes, she approached each student in the same manner and provided each with the same amount of assistance. Mainly, that included providing her students and student-athletes with reference materials, outlines, model papers and exercises involving reconstructing arguments.

Considering the record and the instructor/counselor’s credible statements at the hearing, the panel cannot conclude that she committed unethical conduct. Similarly, because she thoroughly explained her approach to all students and student-athletes she encountered, which is not refuted by the record material, the panel cannot conclude that she provided women’s basketball student athletes with extra benefits. It is not clear on the face of the record that the conduct supported impermissible academic assistance. The dual role as instructor and academic counselor is a significant issue, one that member institutions must approach with caution. Proper policies and procedures regarding appropriate behaviors are essential to ensure individuals have a clear understanding of what is appropriate and what is not.

There are some interesting questions regarding the power of the NCAA to investigate matters of academic misconduct regarding student athletes, and its ability to hold schools accountable. It relies largely on the self-reports of the schools it regulates. The following passage in the decision reveals just how dissatisfied its authors were with the procedures and evidence available to them in their conclusions regarding UNC:

At the hearing, UNC acknowledged that the courses failed to meet its standards and expectations. Previously, it characterized the conduct as long-standing and egregious academic wrongdoing to SACS [Southern Association of Colleges and Schools, UNC’s accreditor] . More significantly, UNC previously described the conduct as academic fraud. In doing so, UNC used what it had learned from the internal and external reviews, including the Cadwalader report—a report it now vehemently disavows. Following Cadwalader and the other reviews, however, UNC developed and implemented more than 70 corrective actions. These included permitting affected students to take a course or resubmit work if they believed the quality of their education was compromised. It also developed policies and procedures that now prohibit the structure and administration of the paper courses. UNC also acknowledged the courses would violate its new policies.

The panel is skeptical of UNC’s modified positions—particularly that the use of “academic fraud” was merely a typographical error in the report submitted to SACS. It is also skeptical of UNC’s recent complete repudiation of the Cadwalader report. After all, less than three years ago, UNC described the report as “monumental,” and “critical” to its accreditor, summing up its position that UNC was “confident that not only was the investigation thorough and complete but that it uncovered a great deal of ground not possible previously.” The panel is troubled by UNC’s shifting positions, including its positions related to the Cadwalader report, depending on the audience. The Cadwalader report included damning facts and conclusions of what had occurred in the AFRI/AFAM department for nearly two decades. After boasting of the report’s importance to its accreditor and using it, at least in part, to take disciplinary action against personnel and to implement significant corrective measures, UNC attacked the same report in the infractions process. As the panel indicated after the October 2016 procedural hearing, the panel finds the Cadwalader report credible. However, the panel acknowledges that the Cadwalader firm conducted interviews without the participation of UNC or the enforcement staff and, in later interviews conducted by UNC and the enforcement staff, some interviewees acknowledged that they felt intimidated or questioned how the information they provided was characterized in the report. Further, at the hearing, the parties identified potential factual inaccuracies. In light of these considerations, the panel balanced the weight of the report against the record and other information presented at the hearing. In assessing the full record, the panel discounted some of the report’s findings and conclusions for purposes of this infractions hearing.

But given UNC’s early admissions, its implementation of corrective measures and its recent distancing of itself from the Cadwalader report, the panel concludes that it is more likely than not that student-athletes received fraudulent credit by the common understanding of what that term means. It is also more likely than not that UNC personnel used the courses to purposely obtain and maintain student-athletes’ eligibility. These strong possibilities, however, are not the operative or controlling starting points to the membership’s academic fraud analysis. What ultimately matters is what UNC says about the courses. In addition to rejecting its early admissions and distancing itself from the Cadwalader report in the infractions process, UNC took the firm position that the courses were permissible and UNC will continue to honor the grades. Despite the fact that the courses failed to meet, involved little, if any, faculty engagement, and were often graded by the secretary, UNC argued the courses violated no UNC policy. UNC further claimed that work was assigned, completed and graded, and the grades counted towards a UNC degree.

Despite the conflicting record on whether UNC had acknowledged the fraud and the enforcement staff’s position that the case did not involve fraudulent activity, the panel still strongly considered conforming the allegations or issuing its own notice pursuant to Bylaw 19.7.7.4. See California State University, Northridge (2016) (conforming unethical conduct extra benefit and impermissible academic assistance allegations to unethical conduct academic fraud violations based on the nature of the violations and the institution’s president’s admission that the conduct violated institutional policies). The COI, however, has not conformed allegations on such a broad and convoluted set of facts or on academic allegations where the institution repeatedly affirms during the infractions process that the conduct did not violate its policies in place at the relevant time.

UNC has offered two diametrically opposed characterizations of the courses, seemingly dependent on the venue. Even if the panel were to assign more credibility to UNC’s initial admissions to SACS, the case record does not support overriding UNC’s recent positions. The record was voluminous. It also included information spanning nearly two decades and interviews where subjects had difficulty recalling circumstances and events. This lack of specificity inhibited the panel’s ability to test and probe certain theories. Therefore, the panel cannot conform the allegations and conclude that academic fraud occurred. Further, the record’s limitations did not establish a firm basis for the panel issuing new allegations.

Jack Stripling at The Chronicle of Higher Education observers:

In a scandal that revealed poor management and lax oversight, very few people with significant management or oversight responsibilities were punished.

You can read the whole decision here, as well as reports by The Chronicle and Inside Higher Ed. Meanwhile, Boxill says she is relieved with the result. “I have always felt that I performed ethically,” she said. 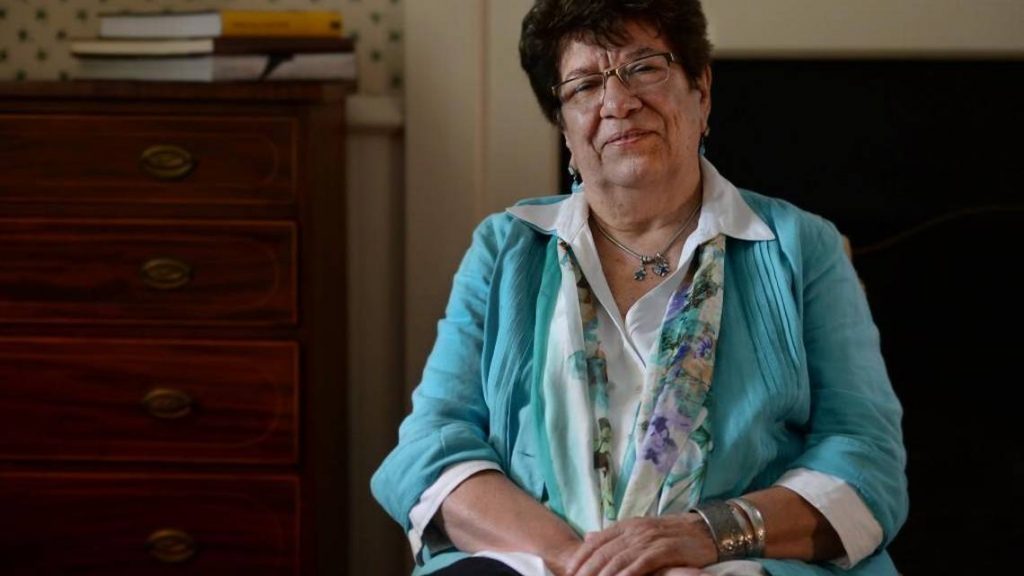 Jan Boxill. Photo by Chuck Liddy at The News & Observer

This sounds like something less than a full “ethical” vindication of the involved parties.Report

This was my read, as well.Report

I would just encourage people to pay no attention to this particular judgment whatsoever but instead remember the fact that NCAA is the institution that perpetrates and perpetuates this deeply immoral system in the first place.

For more, see the discussion thread on the old Daily Nous post on this: http://dailynous.com/2014/10/22/philosophy-professor-implicated-in-unc-academic-fraud-investigation/ especially all the Matthew Smith comments.Report