In October of 2014, the University of North Carolina at Chapel Hill published the results of an internal investigation into an academic fraud scheme in place for years, accusing philosophy faculty member Jan Boxill of involvement in directing students to take “fake” classes and providing them with impermissible degrees of assistance. This was followed by a report by the NCAA lambasting UNC, which included accusations along the same lines against several people including Boxill. Boxill ultimately resigned, but defended herself.

Now, UNC is preparing to submit its response to the NCAA, and it either includes or will be accompanied by a response from Boxill’s attorney, Randall Roden, according to The News & Observer:

Roden… denied those allegations in a draft of the response to the NCAA.

“It did not happen,” the response said. “Not one of the Allegations against Jan Boxill is true.”

Roden also wrote a letter to the NCAA enforcement staff, objecting to the process. He said the university and the NCAA pushed a theory of misconduct based on speculation from incomplete records taken out of context. The letter said the evidence gathering and review regarding Boxill “has been impossibly burdensome and fundamentally unfair.”

The full response from Boxill’s attorney is expected to present emails to contest accusations that Boxill wrote portions of students’ assignments.

“The text in the emails that UNC and the NCAA accuse Jan Boxill of writing came from the students themselves, not from Dr. Boxill,” Roden’s response said. “She has consistently been denied access to the database of her own emails that would have enabled her to demonstrate the truth. But through months and months of painstaking research and talking to the students themselves, she has been able to reconstruct many of the specific interactions – and now has emails that show without doubt that the questioned material was created by the students and given to Dr. Boxill by the students. This entire case is based on assumptions that are not correct and are not supported by a single witness.” 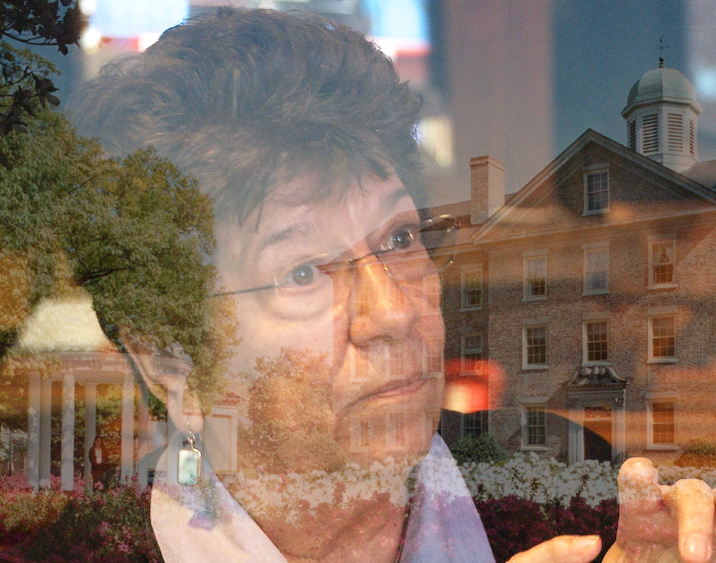 The whole debacle is a deeply embarrassing episode for a university that prides itself on balancing extremely high academic standards with elite athletic programs. The trouble is that in order to maintain the latter they had to recruit students-athletes increasingly ill-prepared to meet those academic standards, as well as implement onerous practice schedules that would make it difficult for even strong students to succeed. And the whole thing was overseen by an athletic academic advising system with a strong incentive to meet academic eligibility and graduation rate standards, especially for the basketball and football programs, by any means necessary. And as long and these standards were met, the various coaching staffs and the university administration turned a blind eye to the details of how they were achieved.

Jan Boxill, who I knew quite well while I was there, was deeply involved in the women’s basketball program. Members of the team were always in her office for advice, help with their work, and just to hang out. And she seemed to be genuinely concerned with their well-being. She was concerned with helping them maintain their academic eligibility and get their degrees – she cared about the fortunes of the team and the program – but wanted them to do so by means of successfully completing their course work. The only criticism people had of her when I was there was that she was a bit of a light touch when it came to grading. But people who TA’d for her told me she was perfectly willing to fail athletes who didn’t do the work. Of course, she might have been corrupt in the way she was accused. But she gave no sign of it when I know her.

I think the NCAA and the university administration went after her because doing so would bring any sanctions to bear on the women’s basketball team rather then men’s football program or, gasp, the men’s basketball program. And they railroaded her by using cherry-picked snippets of emails to build their case and firing her without allowing her any reasonable opportunity to explain them. I’m glad she means to push back against the narrative the NCAA and UNC-CH has been pushing.Report