We behave, by and large, as if we are operating in an efficient market in philosophical ideas, insights, and arguments. This state of affairs is, while intelligible and even rational in some sense, just bizarre.

So writes Eric Schliesser (Amsterdam), in “On Linguistic Narrowness in Philosophy,” a post which draws attention to yet another way in which the landscape of academic philosophy is shaped by something else besides the pure quest for truth.

Our profession does not incentivize the sometimes onerous efforts of translation and advocacy, and the even more laborious efforts to seek out wisdom and insight in linguistically hard to get to places.

This general ignorance of philosophy in most of these languages is often accompanied by dismissiveness:

In earlier times, in the philosophical traditions of European early moderns, the search for occult or hidden knowledge also involved the seeking out of linguistically and temporally distant works… Leibniz and Bayle come to mind… [But today] this omnivorous hunger is not part of our professional DNA, because for every Leibniz, there is a Descartes or a Carnap, alas, who proudly announces that other traditions are irrelevant and—this is what I find so remarkable—the temptation they offer, of willed self-ignorance, is at bottom more seductive and alluring. 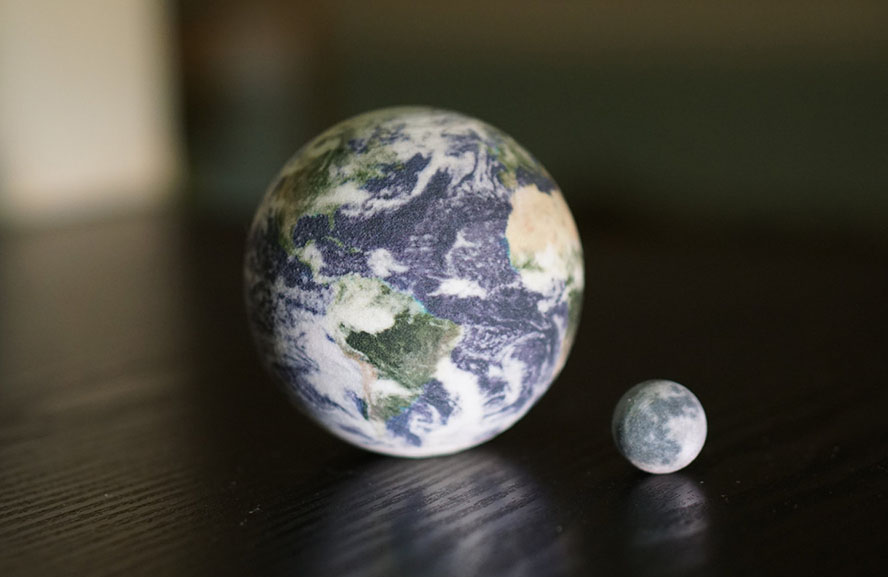 “of the currently listed 7,099 living languages, 3,866 have a developed writing system.”

This is (a) giving undue epistemic weight to the existence of a developed writing system and (b) assumes some kind of baseline frequency of philosophers.

a: A writing system is not necessary for philosophy (it can be done orally) but is enormously helpful and transformative to doing it. In this same category of “enormously helpful and transformative” is a computer. It would not be a stretch to say that platforms for discussion (e.g. the Agora for Socrates) are of a similar nature. Yet, there are thousands of highly active message boards on the internet, and no one is sweating because they haven’t mined Toyota Tundra Talk for its philosophy.

b: Not all writing systems and/or cultures develop equal frequencies of philosophers worth paying attention to, or even philosophers at all. Hardly anywhere in 500 A.D. had worthwhile philosophy compared to now. Yet no one suggests that we should put extra focus on countries from these periods of time on the off chance they might have a super awesome undiscovered philosopher.

It’s highly probable that at least a handful of these writing systems have philosophy worth reading. But beyond that, how much, and what proportion of our time should we dedicate to finding it? The claim that some societies have great undiscovered philosophy is seems trivial to demonstrate, and I think the argument should focus on the expected probability of good philosophy and appropriate resources devoted to finding it.Report

“Hardly anywhere in 500 A.D. had worthwhile philosophy compared to now.”

Why do you say this? It’s not something that’s clearly true to me, but do you have some evidence for it?Report

There was at least Boethius (480 — 524 AD). I have to imagine he had some contemporaries.Report

There are thousands of highly qualified philosophers publishing today, in both academic journals and online.

500 A.D. did not even have a printing press, much less the capacity to link entire PDF files of books online. Further, the standard of living in 500 A.D. was such that anyone alive had to spend considerable time trying to survive. Modern medicine did not exist. Fear of death was an everyday thing. Women were property. Democracy did not exist in any meaningful way.

There is more philosophy done today in the Daily Nous comment section than ostensibly entire cities in 500 A.D. If this is not clearly true to you, run your day-by-day actions through your head and compare yourself to a typical person in 500 A.D. — google living conditions in 500 A.D. if necessary — and it will become clear.

Thus, hardly anywhere in 500 A.D. had worthwhile philosophy compared to now. The rate and degrees are incomparable.Report

Thank you for giving your argument! I think that either your conclusion doesn’t follow or that “compared to now” is doing so much work there that it doesn’t support the relevant conclusion, which would be that not enough worthwhile philosophy was done in 500 A.D. to merit contemporary study.Report

As a first point, in agreement with Matt Weiner, an old adage seems apt here “non numerantur, sed ponderantur”. As with modern day publications, the philosophical activity of a given period is “not to be counted, but weighed”.

Much of the philosophical activity of 500 AD is lost to us today. There were also far fewer people, less access to education, as well as less leisure time to spend “philosophizing”. And yes, communication across long distances was neither easy nor common.

But then that will hold (to varying degrees) of just about every single period outside of, say, the last 10 years. Even restricting to the increase in online access to PDFs, that’s such a recent development and such a great one in terms of access to scholarship that even philosophy in the 90’s was relatively impoverished “compared to now”. Clearly that can’t be the relevant dimension of comparison, at least not for any comparison supporting a claim like “in 500 AD there was hardly any worthwhile philosophy (compared to now)”. Ok, but then it’s also true that in the 1980’s there was hardly any worthwhile philosophy compared to now. One would think it is not a matter of sheer quantity, but something like a matter of the ratio of quality philosophy from a given period to the total philosophy produced in that period or a matter of the quality of the “average work” produced in a period.Report

“Our profession does not incentivize” —Should we look to academic philosophy to incentivize one’s mentation…
…I would add instinct, sensation and emotion to the landscape—perhaps to see ‘incentive’ become needed values in one’s pursuit of truth…Report

arnold – I assume “incentive” in this context means, “counts towards PhD, hiring, tenure, or promotion”Report

Ho Ho–could have gone there, but resisted-to-affirm, where “hidden knowledge” might reside…
…Report

Can anyone provide textual evidence that Carnap “proudly announced” that “other traditions are irrelevant”? In his intellectual autobiography, he’s a bit dismissive of medieval and modern arguments for the existence of God, but that’s based on his assessment of the merits of those arguments. The Carnap I know and love was very open-minded to alternative sources of linguistic or theoretical innovation; hence his interest in ESP.Report

In reading Wikipedia about Rudolf Carnap I thought I could agree with him “needing-providing-precise-language” for his kind philosophical work…
…but then I discovered it was language (mentation) he believed in, and that his precise language could be used to reject metaphysics (being here)….

Socrates was disappointed in attitudes toward thoughts’ supremacy; Carnap’s contemporaries Gurdjieff and Jung are for balances in metaphysics…
…thanks for the question and good reads, Arnold

P.S. Observation of one’s own thoughts-language may be akin to openness… …Report

Jonathan, in the passage you remember, Carnap is attacking what he calls “historical neutralism.” You are mistaking his examples for his point.Report

Hi Eric. The question, though, is whether the denial of “neutralism” implies cultural parochialism or linguistic narrowness. Here’s Carnap’s characterization:

“This education in historical carefulness and a neutral attitude [typical at the University of Chicago while Carnap was there] seemed to me useful and proper for the purpose of historical studies, but not sufficient for training in philosophy itself. The task of the history of philosophy is not essentially different from that of the history of science. The historian of science gives not only a description of the scientific theories, but also a critical judgment of them from the point of view of our present scientific knowledge. I think the same should be required in the history of philosophy. This view is based on the conviction that in philosophy, no less than in science, there is the possibility of cumulative insight and therefore of progress in knowledge.” (The Philosophy of Rudolf Carnap, 40)

Carnap’s point is that philosophers should be capable of criticizing, or be willing to entertain criticisms of, ideas from different eras or cultures in light of subsequent scientific advances. This point is consistent with thinking that other traditions are relevant. For example, a Carnapian “partisan,” who approaches the history of philosophy in the non-neutral sense just indicated, might learn a Chinese language in order to read Buddhist texts, in which she expects to find fresh perspectives on empirical psychology. There is certainly partisanship here, and certain arguments or even whole texts might get thrown out, but there is no cultural parochialism or linguistic narrowness.Report

While I don’t buy Schlieser’s argument from the number of languages that exist, it seems highly plausible that we should provide incentives for philosophers to translate philosophical works. I’m not sure what is meant by incentivizing “advocacy” though.Report