A reader writes in with the following query about reimbursement for academic travel:

The time lag between when one must spend money on flights for a work trip, and the time that those expenses get reimbursed, can often be as much as 6 months or more. The money is often spent well in advance of the trip, and reimbursed well after. People with sufficient money of their own could pay for these trips in advance without using credit, but many cannot. For them, that is debt, often on a credit card, that incurs interest over that period. The interest charge is an unreimbursed expense for the traveler.

There is no financial incentive for the reimbursing institution to shorten this time lag, since they earn interest on holding the funds for as long as possible. This raises some questions of fairness. One example is this: would it be reasonable for a traveler to submit, for reimbursement, a further claim in the amount of the interest charges? Frankly, I cannot see why not—it is part of the total cost of the travel. Interestingly, by the way, the lag may affect both senior and junior academics: senior people may face this more than others because they tend to take more, and more expensive, trips, while more junior people will feel each such burden more acutely having (often) less income and wealth.

The amounts involved may (or may not) be small, but that doesn’t count against seeking reimbursement for other small expenses, such as cab fares. The amounts may involve a significant amount of variability owing to people’s credit situations, but such variability is present in other reimbursed expenses, such as meals (and in any event, a standardized amount set for all travelers regardless of their individual interest expenses, analogous to a per diem, would be better for them than nothing.) I hadn’t thought of the issue before. Readers, what do you think? 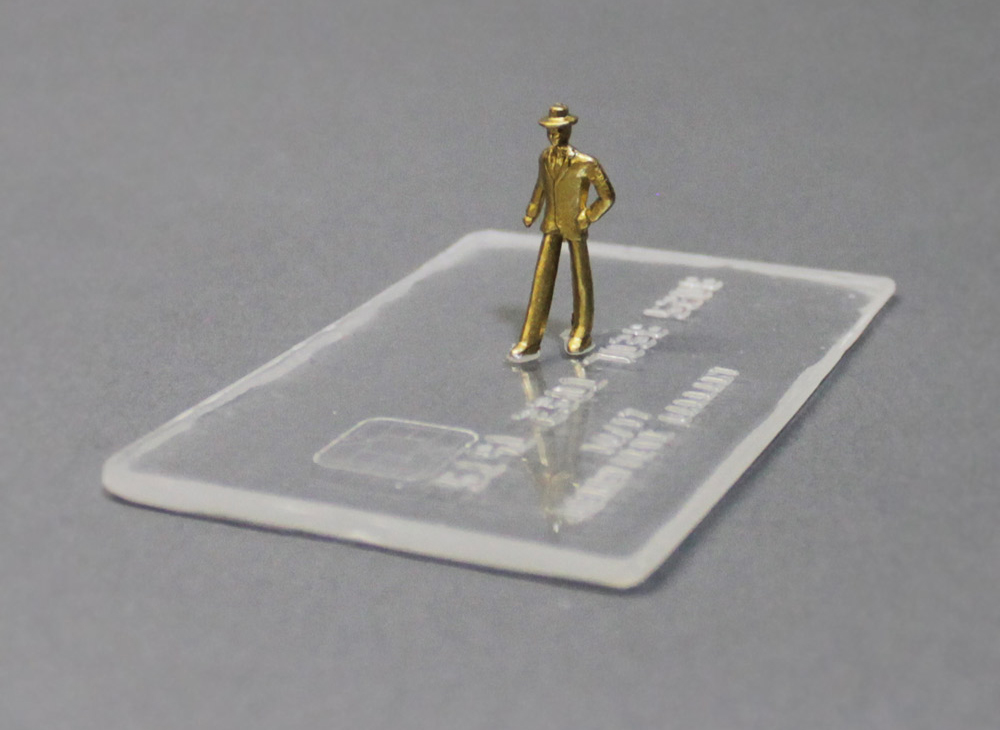 The proposal strikes me as justified. As your reader notes, interest charges are part of the total cost of the travel.

More broadly, however, I would like to suggest that reimbursement practices in philosophy are in need of significant reform. As non-tenure-track faculty I’ve personally been financially squeezed by these practices in three ways.

First, the reimbursement delays we face are unacceptable. In other industries employees are reimbursed within three weeks, if not three days. In philosophy, although delays of six months are thankfully rare, delays of six weeks are common.

Second, funding providers do not clearly communicate in advance what they will cover directly and what will be reimbursed. I have had to take on large credit card charges without any warning.

Third, funding providers sometimes misrepresent what they will pay for. I have been assured that a charge will be reimbursed only to be told later that this was incorrect.

How can we fix these problems?Report

I don’t know about interest. It seems like a lot of work for the person seeking reimbursement. However, if they want t to than sure. However the general time lag in waiting is an ethical problem that needs to be changed. When I was on the job market I had to empty my savings to pay for two fly out interviews and it left me in a very precarious position. Not everyone has access to credit for a variety of reasons.Report

Are you inquiring as to the conceptual soundness of the proposal or its actual viability? Because with respect to the latter, my Dean would laugh in my face if I asked for interest as part of my reimbursement package. Indeed, he’d likely tell me that given the financial situation at the university, I should thank God I’m getting any reimbursement at all.

I doubt my institution is eccentric in this regard.Report

Interest cost, per se, isn’t really an issue here: for the last ten years or more, the interest an individual is forfeiting by being down a few hundred dollars for a few months is negligible. It’s a cash flow issue for junior (and occasionally senior) people, which can lead to using a credit card and the ridiculous interest rate that results.

I would think that the more likely route to solve the problem is to be up-front with the institution in advance about the issue and ask them either to pay in advance or (more likely) to make the booking for you. If they’re not prepared to, then they’re not really covering the cost of the trip and you need to decide whether or not to take it on that basis. I don’t know what fraction of funding bodies are willing to book tickets for you – I do know I’ve sometimes had to persuade funding bodies *not* to (I prefer the control of booking my own flights) so it must happen at least sometimes.

If the institution won’t pay in advance, or won’t book your ticket, see if your own institution will advance you the funds (on being shown proof that your fees will be covered).

Either strategy is worth a try, in any case (whereas I agree with Daniel Kaufman that there is no realistic chance that a university will refund your credit card interest after the fact, whatever the ethical case).

Being up-front in advance is good advice in general for expenses (cf comment from ‘feeling the pinch’). If someone isn’t communicating very clearly and explicitly in advance what they will and will not pay for, ask them, in advance, and get it in writing. Once you’ve paid and travelled, your negotiating position is minimal.Report

I don’t think the quantities are negligible for a graduate student on the job market going on a fly out (see post from Sam above). Interest on a credit card for someone with relatively little credit history can still be 20% per annum, and at 6 months that is still around 10% — and 40 or 60 dollars is not trivial for someone with limited income and resources.
https://www.valuepenguin.com/average-credit-card-interest-ratesReport

I agree with Micheal,
In my program, grad students get up to $500/year for conference travel which is only enough for flights to one or two places (middle of nowhere, here), and that can be 25% of a grad student’s monthly income, making the weeks before reimbursement (and before the trip) extremely tight, depending on where in the pay period things were paid for. This sort of situation can additionally advantage students with access to outside funds wrt networking and presentation opportunities.Report

At my institution one can apply for an advance for things like airfare, which seems a sensible way of mitigating the problem. If yours doesn’t, I guess you could try to get some interest in changing that through faculty governance structures.Report

I’m a businessman; I work at a big professional services firm (I like philosophy too). Elephant in room question: why does it take 6 months to pay expenses? Mine are paid the same week I claim them. Always. If there is an issue it’s discussed subsequently. This has been the case at the last 4 firms I’ve worked at. 6 months is not even a jokeReport

I’d encourage everyone to inquire about the options available at your own institution. The best path forward will depend on where you are. Many places have university credit cards or people who can otherwise make those purchases on your behalf and then bill the university (e.g. the university travel agent). Others will allow you to be reimbursed for non refundable expenses (e.g., non-refundable airline tickets) immediately. In many cases, if none of these options exist, senior faculty members are usually more than happy to help junior faculty members out, pay for these tickets, and then worry about the reimbursement delay–I do this frequently for colleagues.

Either way, asking for interest in addition to your reimbursement is stupid and will lead to the reactions folks have mentioned above. There is a solution to deal with this in advance wherever you are. You’ll just need to figure out what that is.Report

Chris you suggestions are helpful for some situations. However they won’t work for others. For flyout job interviews, the university who is flying me out pays. Those trips cost as much as 2000 total, (and always at least 1k) which was more than I made in a month (My grad student stipend, which was average or even above average, was 1800 a month).Report

It seems to me that speed at which reimbursements are processed depends very significantly on the administrators who are in charge. This is a problem where I work, but I am powerless to do anything about it. I can politely ask, remind, etc., but it doesn’t seem to speed things up at all. This is both for my own expenses and for invited speakers. Being incredibly slow about doing one’s job doesn’t appear to be a fireable offense for administrators at universities.
I would encourage people to inquire about the possibility of having the inviting institution book plane tickets and make hotel reservations, especially if they are expensive. It can often be done, even if it is not offered upfront, because it is more work for the institution.Report

As David Wallace noted, most institutions can and will book the travel for visitors. Sometimes institutions invite the individual to book their own travel on the assumption that they would prefer to make the arrangements that are most convenient for them. But in fact at many public universities — such as the Univ of Colorado at Boulder — you are technically supposed to buy the ticket for the visitor, using university funds and a university travel agent who will make the booking. The travel agent will ask the visitor for the schedule (e.g., do you want to depart in the morning or afternoon) and then select the cheapest itinerary to make sure that the university doesn’t overpay. Our travel agent is usually pretty flexible about taking into account convenience factors, like length of layover, arrival times, etc. In other words, if you don’t want to carry the expense until you get reimbursed, you should ask the person who invited you, “Can you please book my travel for me?”Report