Politically-motivated censorship of philosophy in Hong Kong has “clearly become worse” over the past few years, says Wong Kwok-kui, a philosopher at Hong Kong Baptist University.

A publisher has removed a preface from a philosophy book after its writer refused to amend a passage referencing the 2014 pro-democracy Occupy movement and Hong Kong’s “political decay.”

The Commercial Press book, entitled Non-drowsy Philosophy, is a compilation of writing from a new generation of local philosophers assembled by news outlet HK01’s 01 Philosophy platform. On Friday, Hong Kong Baptist University’s director of the Liberal and Cultural Studies Programme Dr Wong Kwok-kui wrote on Stand News that Commercial Press had asked him to amend a passage in the preface but, after refusing to do so, the section was lifted altogether. The published version excluded his preface, Wong said.

Commercial Press is one of the three major publishing houses in Hong Kong. It, along with the other two, Chung Hwa and Joint Publishing, are all subsidiaries of Sino-United Publishing, which is reportedly controlled by the Chinese government.

Last year, when compiling an anthology on Nietzsche conferences, Wong said he was asked by the publisher to request that a writer amend an essay which criticised Xi Jinping as well as China’s policy towards Hong Kong and Taiwan. Wong refused, and the project was cancelled, despite everything being ready for publication. “This shows how serious political censorship is,” he wrote. 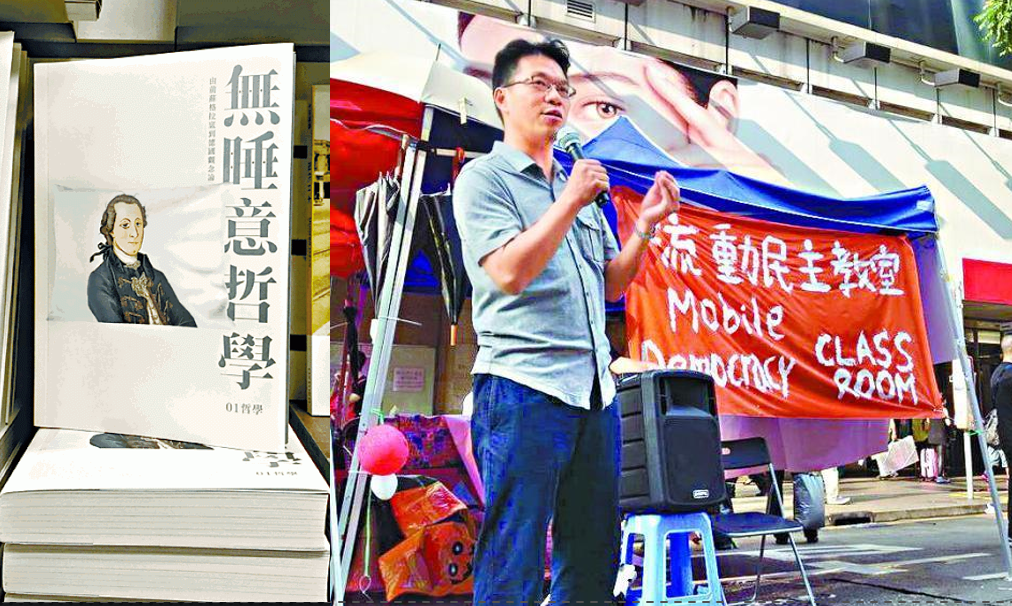 It’s a shame. I hope to visit Hong Kong before this sort of nonsense seeps too deeply. The silver lining is that perhaps we’ll see another flight of the intelligentsia to such places as Canada and the UK. Personally I think closer and broader cooperation between New-Confucians and the analytic pol-phil tradition would stand to benefit both sides.Report

GradStudent #something
Reply to  JK

Sadly, insofar as Hong Kong is under the control of China, academic freedom will constantly be under attack. The Chinese government fears anything pro-democratic, and wants to transform Hong Kong into a “patriotic” part of China.Report

it should be noted that the world congress of philosophy will be hosted by the capital city of the country responsible for censoring philosophy in one of its territories.Report

On the one hand this is an ominous attack on one of the world’s great free communities. On the other hand of course it’s only a drop in the ocean of censorship that Beijing is already known for. I’m outraged; I hope for a great outcry; but I’m confused about whether sudden outrage or a boycott is morally incoherent, politically unworkable.Report

Personally, I would like to see more of this kind of “outrage” for censorship when it happens in the west… just google a nice article about an Indian professor (at Oxford or Cambridge) being censored by the publishers after they had asked her about her experience teaching and studying in the UK. The British are fairly systematic in the way they ignore all of the negative aspects of their colonial past. The history books that all young people read in primary/secondary education all claim that the British empire “merely helped build infrastructure/roads/schools”. If you are a minority academic (or woman in academia) if you are not happy with the racist (or sexist) narratives that are constantly defended by the established scholars you are sure as hell silence too. Not trying to defend the CCP here, but there are many other examples of censorship in the west that deserve our “outrage” as well.Report

lol, true story Ben Jackson. Were you referring to this story by any chance?

Because it’s another instance of academic censorship in the West.

Anyone remember the fallout from a few months back from the British establishment when students at SOAS called for greater diversity in their homogenously “white” curriculum (https://www.theguardian.com/commentisfree/2017/jan/10/soas-students-study-philosophy-africa-asia-european-pc-snowflakes)? Seems like plenty gets censored in the West too.

The lack of racial diversity in philosophy departments strikes me as a case of the dominant narrative censoring, or silencing (“minority”) voices who would otherwise challenge the status quo (by talking about uncomfortable subjects such as the foundations of the current American empire in systemic racism, and colonialism, for example).

Again, I echo your point Ben Jackson – none of this is meant as a defense of the CCP. Rather, it’s a call for greater intellectual humility. Let’s take a good look at ourselves before we judge others, lest we repeat the orientalising trope of defining “us” (free subjects) against those orientals who are stuck in some earlier stage on the Hegelian ladder of human development.Report

China doesn’t seem to hesitate to invade academic freedom. Cambridge University Press is the victim this time.
“CUP complied with the request so as to prevent the shutdown of the entire CUP site. Most of the articles in question relate to topics deemed sensitive to the Chinese Communist Party, such as the Cultural Revolution, Tiananmen Square, Tibet, Xinjiang, Hong Kong, and Taiwan, and date back to the 1960s, wrote Pringle, adding that CUP had received a similar request to take down more than a thousand e-books a few months earlier.”