An article in the current issue of Foreign Policy,“German Philosophy Has Finally Gone Viral. Will That Be Its Undoing?” describes the surge in philosophy’s popularity in Germany and asks whether it comes at too high a cost.

How popular is philosophy in Germany? The article notes that the bimonthly Philosophie Magazin has a circulation of 100,000. Philosopher Richard David Precht has a TV show, Precht, with nearly one million viewers. Philosopher Markus Gabriel’s recent book, Why The World Does Not Exist, was an international bestseller. A philosophy festival in Cologne is attended by around 10,000 visitors each June.

The question the article raises is whether the “accessibility and relevance” of philosophy in Germany “mask its degradation” (compared to Hegel, Schopenhauer, Heidegger, Marx, and others mentioned in the article) or whether “those qualities are vital to keeping the discipline alive and resonant.”

It seems to me that articles like this misidentify the substitution going on. If popular magazines and television shows about philosophy were displacing academic work by serious scholars, then perhaps we’d have a question about the quality of philosophy being threatened. But the article provides no reason to think that is happening. (German readers, do you have information to the contrary?) It seems, rather, that what we have are relatively new competitors for the attention of middlebrow consumers of ideas, and these new competitors work in philosophy. In other words, if people are putting something down to tune into Precht, it’s probably not the latest issue of Kant-Studien.

It turns out the article’s author, Stuart Jeffries, doesn’t think that there’s necessarily a trade-off between popularity and quality in philosophy. He cites the popularity of the work of Markus Gabriel as “a rebuke to those earlier philosophers who imagine that the masses cannot and should not read philosophy” by “demonstrating that German philosophers can find a wide audience—without being merely slick or superficial.”

But this, too, seems to be kind of a mistake—not because of the quality of Gabriel’s work (I have not read it and issue no judgment on it) but because the type of philosophy the lay public consumes is not at all a straightforward guide to the quality of philosophy produced by a society’s experts.

We wouldn’t suggest that the increased popularity of science educators like Neil deGrasse Tyson and Bill Nye “mask science’s degradation.” Nor we would take the quality of a book by Stephen Hawking, say, as evidence of the sophistication of a society’s science program. So why think these lines of thought have any more traction when it comes to philosophy? 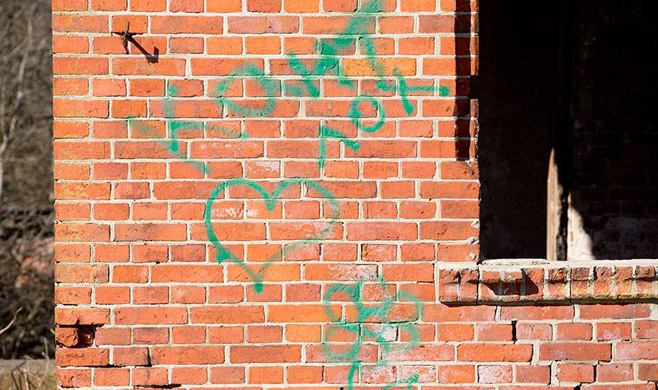 Philosophy in Germany – I am just back from a very lively workshop in Konstanz – is flourishing. If it is also popular, that will result in bright young people being attracted to study it so it continues to flourish. What’s not to like?Report

Philosophy occupies a different place in German culture than it does in the U.S., and this was true when I studied there eight years ago and nearly twenty years ago when I first took some language classes there. The major newspapers like Die Zeit and Frankfurter Allgemeine will publish pieces by philosophers fairly regularly. This includes works by figures like Nagel and Waldron in translation and German philosophers like Habermas. And it’s considered newsworthy in other ways. For instance, the recent revelations from Heidegger’s “Black Notebooks” haven’t gotten a lot of press there. I can’t imagine Americans or Brits caring to any similar degree if some horrible revelation came out about Bertrand Russell or William James.
There’s also the fact that practically every educated German has some exposure to philosophy since students in the college prep track there usually gets a pretty serious grounding in philosophy. When I stayed with a host family there their daughter, who was I think about 16, had to read Kant in the Gymnasium (high school). (Mind you she wasn’t exactly having fun doing that). So someone who publishes philosophy for the public in Germany can expect a lot more knowledgeable audience there than in the U.S. or U.K. One thing we might learn from this is that it might be very good for us to get philosophy taught in more high schools.
As for the quality of the work…. I don’t know about philosophy more generally, but at least in the history of philosophy the Germans do some very good work especially on German philosophers. I don’t think you could do serious work on Kant without knowing German. Not because you couldn’t get a reliable idea of what Kant says (even the Germans will sometimes pick up the Kemp Smith translation because it’s more readable than the original!) but because some of the most important secondary literature is still published in German. The same goes for Hegel. There may not be as many good articles published by German philosophers though because I don’t think the article plays the role in German academic philosophy that it does here. Books are still much more important for career advancement, though that may be changing.
I have to end on a down note though. One thing that might hamper good philosophical work in Germany though is that the academic system is incredibly hierarchical and there aren’t really any good jobs in the middle. Being a professor there is great, but there are very few stable academic jobs below that level, and “professor” means something much more like “full professor” would here. People who are just starting out are incredibly dependent on their advisers who can make or break a career on a whim. It’s a system that rewards people for being disciples of some established figure and doesn’t seem to encourage independent or creative thought (at least not from graduate students). I worry that with the increasing adjunctification of academia here in general and American philosophy’s noxious and ridiculous obsession with prestige we seem to be recreating the worst parts of the German system in the U.S. Though sadly we don’t see to be replicating the good stuff like making philosophy popular or culturally important.Report

Sorry I meant “have gotten a lot of press there” with the bit on Heidegger.Report

The German translation of Against Democracy made Der Spiegel’s bestseller list; ergo philosophy is fine there.Report

Academic philosophy in Germany would be fine if there would be more jobs in philosophy. I am writing my PhD thesis but do not have a job at my university. And that is the case for many PhD Candidates because there are not enough jobs for them. All the humanities have problems in this regards because the government wants to save money. And even though we have some pupularizers like Precht (who not even has a PhD in Philosophy by the way) and Gabriel, their books come no where near to a level of quality like the popular books of say a Daniel Dennett. They are often too simplistic and polemic to really bring the nowadays important philosophcial topics to a wider public.

So in my view here from Germany philosophy is — at least for the past years, who knows what future brings — in a better shape in the U.S. and especially in the UK.Report