Anna Stubblefield, the former Rutgers-Newark philosophy professor convicted of sexually assualting a disabled man, has had her convictions overturned by an appellate court, reports NJ.com, on the grounds that she did not get a fair trial. The court determined she should have a new trial, with a new judge. 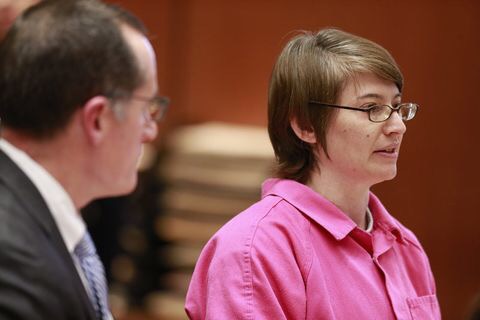 The decision turned, in part, on the exclusion of evidence from the original trial, particularly the testimony of Rosemary Crossely, who says she independently assessed the disabled man’s capacity for communication.

From the article at NJ.com:

Crossley did an extensive, three-day videoed evaluation of D.J., which sought to determine his language and literacy skills and determine if he had, “communicative intent,” the decision said. She did use FC [“facilitated communication”, a scientifically dubious form of attempting to communicate] in her assessment but nothing that she used the device for factored into her overall assessment of D.J., the defense argued.

However, her evaluation and videotape of the assessment were not brought into evidence – they were deemed unreliable because she had used FC in her assessment, the court ruled.

“The jury and not the court should have ultimately determined whether Dr. Crossley’s evaluation was persuasive, and whether the state proved defendant knew or should have known that D.J. could not consent,” the appellate court ruled.

Because they couldn’t hear Crossley’s full assessment, the jury was left with the impression that no expert or other person – apart from Stubblefield herself – believed that D.J. had the mental abilities to consent to sex, the decision said…

The court went on to call the facts of the case “extraordinary,” and that they called for “a liberal admission of evidence supporting defendant’s defense.”

Interesting edge case for a criminal court. I wonder, if the gender roles were reversed, would the same principle of “liberal admission of evidence supporting [the] defendant” be encouraged by the court?Report

Re Gauthier:
As the decision is about the scope of admissible expert evidence, in particular evaluation of competence of a victim, by one already accepted as an expert by the trial court, gender roles do not look salient. The key to the order is that the proposed testimony was from someone admitted as an expert, and exclusion of her evaluation testimony seemed to result from over-concern about whether tainted by FC. The appellate court thinks she can testify about her evaluation of victim while leaving out discussion of or reliance on FC. The trial court did not.Report

The evaluation was conducted using the pseudoscience of “rapid prompting,” which is itself a form of facilitated communication. The appeals court did not appear to realize this.Report