The following is a guest post* by Matthew J. Brown, associate professor of philosophy and history of ideas at the University of Texas, Dallas, about how, in an era in which it seems that a different philosophy department is under threat of closure each week, he and his colleagues were actually able to create a philosophy major at their university. Excellent news! 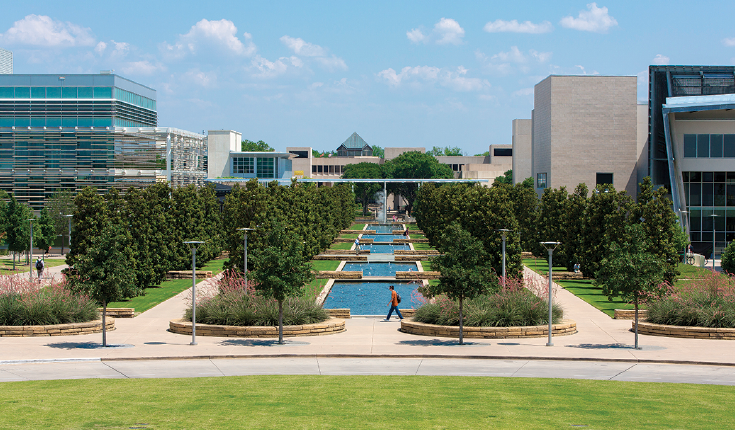 How We Created A Philosophy Major
by Matthew J. Brown

A public, engineering-focused university in Texas created a new undergraduate major in 2017. Would you be surprised to hear that it was a Philosophy major? I led the group of faculty at UT Dallas who wrote the proposal, and I worked with our administration and faculty governance bodies to get it approved. Here’s what we did.

First, some history. Created in the 1960’s by the founders of Texas Instruments, the University of Texas at Dallas originally focused on engineering and natural sciences at the graduate level, and only later added other areas and undergraduate programs. A catalog from 1980-82 that shows that the School of Arts and Humanities (A&H) at UTD originally offered a stand-alone Philosophy B.A. among its dozen majors. It vanished sometime between the early 1980s and the late 1990s, thanks to a high-water mark of enthusiasm for interdisciplinarity, when A&H consolidated its majors to four: Arts & Humanities (since defunct), Art and Performance, Literary Studies, and Historical Studies (which combined History and Philosophy into one major). A&H remains non-departmental to this day. I joined the faculty of A&H in 2009.

We started informally discussing the creation of a Philosophy major in 2013, as we also started to work on short-term improvements to the representation of Philosophy in the Historical Studies major. We—my colleagues Charles Bambach, Peter Park, Andy Amato, and I—started drafting the major proposal in Fall 2015, my first semester as a tenured faculty member. A&H was rethinking its identity and role in the University in the wake of its largest major (“Arts and Technology,” created in 2002) breaking off to form a new school. We jumped on the opportunity to start thinking about how to give Philosophy a more prominent place. As it turns out, the UTD administration was happy to support this initiative, as the creation of a major like Philosophy fit perfectly with their plan to transform the reputation of the University from an STEM-focused secondary campus of the UT System into a “Tier One” University.

At UTD, new majors must be approved by the faculty and administration of the School, the Faculty Senate of the University, the Provost, the Regents of the University of Texas System, and the Texas Higher Education Coordinating Board (THECB). Thankfully, all of the prior steps use the procedure provided by THECB. This gave us a template to work with, to focus our efforts around.

One thing we learned is how “instrumentalist” the justifications for the philosophy major would have to be. The application has places where you can shoehorn in descriptions of the “higher” values of the education you’ll provide, but emphasizes and requires information about marketable skills, employment prospects, and student demand. This was initially intimidating, but I quickly learned that we could make a strong argument on such instrumentalist grounds.

That our administration was supportive of our bid for a new Philosophy major, given its broader aims, gave us a good window of opportunity. Three things really helped us take advantage of that opportunity:

The online resources I relied on made a huge difference to our ability to make a strong, evidence-based case for the value of a Philosophy major in the relevant instrumentalist terms. I relied heavily on the “Value of Philosophy” section here at Daily Nous. The APA also has some helpful data and resources up, though less of it and some of it is dated. The most useful resources from the APA website is the “Who Studies Philosophy?” page, which we used to show the breadth of careers Philosophy majors can succeed in. I wish “Philosophy is a Great Major” had been up when we were writing the proposal, as it collects valuable information of the sort we needed. We also found useful information at various Philosophy Department websites, but I’ve lost track of which. Ben Almassi provided us with some helpful information as well.

Philosophy has been much in the news thanks to some prominent entrepreneurs, especially in the Silicon Valley tech space, advocating for the education Philosophy provides, over more narrow technical or business degrees. This also provided a great way to argue for the value of the Philosophy major, by appealing to quotes from folks like Christine Nasserghodsi, Damon Horowitz, Stewart Butterfield, and Dov Seidman.

We also had to make a case that there would be sufficient student demand for the degree. We provided statistics about enrollments over time in our courses, in Philosophy majors across the state and the nation. We even did a survey of our own students about their interest in the proposed program—not a terribly rigorous one, but we described it honestly and included the numbers and graphs. Lastly, we described how our plan for the Philosophy major would fit with our School structure, how existing faculty and offerings would complement it, and how it fit the strengths of the University.

Overall, we worked on it in earnest for a year before submitting. It didn’t take over my life, but it was a good deal of work, work I would not recommend untenured faculty spearhead. As it went through the approval process, I heard several times that it was the most solid proposal that various people had ever seen. We converted at least a few skeptics of the idea along the way.

And it worked. We’ll be offering the major starting in the Fall, and we’ve already got a handful of students who have applied to it. As part of approving the major, the University agreed to let us hire two people over the next two years. (Look for our ads at PhilJobs in a few months!) It’s an exciting time for me and my colleagues.

There is a UT Dallas news item about the new philosophy major here.

Congratulations on creating this major! This is wonderful news.
I went to UTD in 1988-89 and graduated with a BA in Historical Studies. By that point, the prior philosophy major had already disappeared, and I chose Historical Studies because that’s where the philosophy classes were. I have fond memories of studying with Charles Bambach, Nancy Tuana, and Victor Worsfold, who were the philosophy professors there then. I might have preferred majoring in philosophy alone, but looking back I see that the explicitly historical and interdisciplinary aspects of the Historical Studies major have informed my approach to philosophy, and I am grateful for that, too. Good luck with your new program!Report

Thanks for sharing this. My department, though currently in a stable position, is at the kind of institution where you can see them closing it ten years down the road. Much of your advice applies just as much to people like me as it does to faculty working without a major. I appreciate it.Report

I visited you guys in Dallas a few years ago for a conference on Human Enhancement was really impressed by the energy and the openness of everyone: your dean, you, the students. It was a great atmosphere. I’m very happy to hear that you will now have a philosophy major, congratulations.Report

Congrats! Well done, and I am pleased to learn how helpful online resources were to your case.Report

So honored to be mentioned in this. Congratulations! – ChristineReport