In November of 2014, Marquette University Associate Professor of Political Science John McAdams made a philosophy graduate student at his school the target of a politically-motivated smear campaign. In February of 2015, the university sought his dismissal. (It was not the first time he he had run into trouble for engaging in harassing behavior towards students.) In May of 2016 McAdams sued the university for “illegally suspending him,” in response to which the school released a 123-page faculty committee report on the matter. Now, a year later, the judge in that case has dismissed all six of McAdams’ complaints against Marquette, reports the Milwaukee Wisconsin Journal Sentinel. 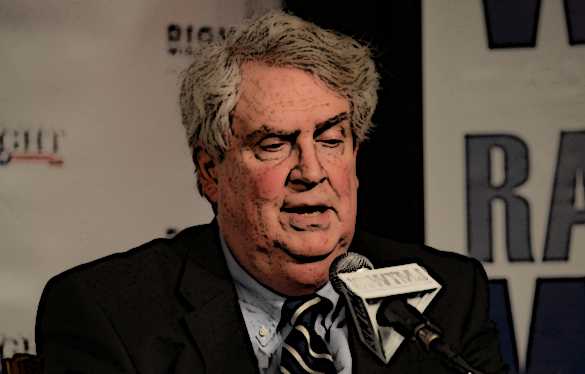 The judge, David A. Hansher, decided to give “due weight deference” to Marquette’s administrative procedures and the findings of its faculty committee report, which meant that he would “not overturn a reasonable decision that comports with the purpose of the contract” between the university and McAdams. And since, the court found, the university did not violate the procedures it was contractually obligated to follow, nor did the university operate fraudulently, or in bad faith, or in a way that violated the Constitution, there were no grounds for interfering with its decision.

After reviewing the relevant materials, the court fully agreed that “the University has demonstrated by clear and convincing evidence that Dr. McAdams clearly and substantially failed to meet the standard of professional excellence that generally characterizes University faculties.”

You can read the Judge Hansher’s entire ruling on the McAdams case here.

How is the absence of evidence evidence?

Except we don't have other models to compare it to. We don't have any data about how well or badly it works (which is, […]

I've had this happen to me. After making a mathematical error in their review, the reviewer recommended that I learn some math and read […]

D A on "Incompetence", "Arrogance", "Misunderstanding"

Could it be that Salmon's published work lends itself to the reading of Salmon to which the reviewer is referring? Maybe Salmon is wrong about

I am somewhat skeptical of the benefits of double-anonymous review; this is one of the reasons.

I am not a philosopher. I find this disturbing. On the one hand, I thought I believed in the concept of peer review, but not […]

I feel like to fully evaluate this post week need to know what the view in question was. What if Nathan is mistaken about what

Ian Olasov on Concerns about Institutional Credit for Public Philosophy

Oops, my mistake! And sorry to hear that!

David Wallace on Concerns about Institutional Credit for Public Philosophy

The second doesn't follow from the first. Interdisciplinary work (e.g. if I write papers partly aimed at physicists, and physicists read and engage with them)

Eric Schwitzgebel on Concerns about Institutional Credit for Public Philosophy

I agree, Ian! However, I should clarify that UC Riverside did not end up adopting the policy I recommended. We have no formal