The Division of Philosophy in the University of Zagreb‘s Department for Croatian Studies is under threat of closure, according to the text of a petition circulating online.

The petition, written by Márta Ujvári (Corvinus University of Budapest) in support of the philosophy division, says:

Dear All,
The bad news from Zagreb philosophy circles is that Croatian authorities intend to close down the analytic philosophy department in Zagreb, the one belonging to the Faculty of Croatian Studies.
This department is a very efficient center for analytic philosophy, doing mainly philosophy of science and philosophy of language. Also, they have excellent scholars in ancient studies and early modern philosophy. The department has always operated on international grounds; many of us participated at their conferences in the last couple of years. You might know well Tomislav Bracanovic, Dusko Dozudic and Pavel Grigoric from the department.
I ask all those who feel solidarity with our Zagreb colleagues to sign this letter of support for keeping this good analytic philosophy department in the region. The Croatian Society for Analytic Philosophy will be informed about our petition so that they may collect other supporting signatures from friends outside Croatia.

It is not clear why the Division of Philosophy is being targeted for closure. (If anyone among the readership knows, please share that information in the comments.) [See Update]

You can sign the petition here. Over 1300 people have already signed.

UPDATE: I have received some further information about the situation. One thing to note is that there are two philosophy units at Zagreb. One is the more analytically-oriented division in the Department of Croatian Studies (the one that is being targeted for closure) and the other is the more Contintentally-oriented program in the Faculty of Humanities and Social Sciences. According to one source, there is some rivalry between the two units, and the move to close the former was initiated by people associated with the latter, though this has been, in the words of one correspondent, “sugarcoated with organizational reasons.”

I was also sent the following explanation of the situation, which was reportedly authored by members of the philosophy unit under threat:

• On 14 March 2017 the Senate of the University of Zagreb decided to discontinue enrolment of undergraduate students to the Department of Philosophy at the Centre for Croatian Studies. This implies that the Department will soon be shut down after nearly 25 years of existence. This decision was not made in accordance with the Statute of the University, least of all in accordance with any known academic practice in Croatia. Because of this decision, the Union of Research and Higher Education Employees of Croatia recently decided to initiate a strike of the employees of the Centre for Croatian Studies.
• According to the results of the international reaccreditation 2014, Centre for Croatian Studies (www.hrstud.unizg.hr/en) was the best rated Croatian higher education institution in humanities and social sciences (www.hrstud.unizg.hr/[email protected]=20sp9#news_76674). International reaccreditation committee recommended that the Centre should develop a unique research profile and avoid overlaps with similar study programs at the University. Department of Philosophy is analytically oriented and as such highly unique to the University of Zagreb and different from the other two departments.
• Soon after the Reaccreditation Committee issued the report, a new rector of the University of Zagreb was elected: Professor Damir Boras, the former dean of the Faculty of Humanities and Social Sciences. Rector appointed as his Vice-rector a person from the same Faculty: Professor Ante Čović, a fellow philosopher. In the early 1990s, Čović was also Head of the Centre for Croatian Studies, but was soon relieved of his office for suspicions of misconduct.
• In February 2016, Rector Boras appointed an ad hoc Committee for addressing recommendations from the 2014 reaccreditation report. The appointed president of this Committee was the Vice-rector Čović. The Vice-rector’s Committee started with its activities only in September 2016, causing turmoil among the faculty, as the Rector’s decision with the appointment contained a ban on all hirings and study programme developments.
• In April 2016 the Centre held the elections for the next Head (a two-year mandate), but since none of the three candidates secured a qualified majority of all members of the Council, the procedure had to be repeated. However, Rector Boras appointed Mario Grčević as the next Head of the Centre, who was beaten in the second round of elections. In May the Council gave a majority vote of no-confidence, but that made no difference and Grčević assumed his position in September 2016.
• The Vice-rector’s Committee started its intensive operations in September 2016, soon after Grčević assumed his position, and after consultations with some stake-holders (but not with representatives of the Council!), proposed a motion to the Senate in January 2017 to demote the Centre for Croatian Studies to the status of an independent university department. The problem with this decision was that Croatian law allows university departments to conduct research and teaching in one field only, whereas the for Croatian Studies Centre conducts research and teaching in seven different fields. Nevertheless, the motion passed in the Senate. With the help of the Union, employees of four different departments of the Centre took this decision to court, with the first hearing likely to be scheduled in April.
• Rector Boras also decided to suspend the entire Council of the Centre and appoint a new one, in which there are no representatives of the Philosophy Department (many colleagues from other departments were also excluded). Vice-rector Čović, however, became a member of this new council and at its first meeting proposed discontinuation of the enrolment of students to the undergraduate philosophy program. However, the Council disputed that proposal and unanimously decided to reduce the enrollment quota for philosophy students from 30 to 15. Astonishingly, on 14 March Vice-rector Čović proposed null entry quota, which was additionally advocated by the current Head Grčević, against the decision of the Council. The Senate accepted the proposal.
• Vice-rector Čović has a history of conflicts with the Centre for Croatian Studies and especially with its Department of Philosophy. He was the first Head of the Center who was subsequently relieved of his office for suspicions of misconduct. Perhaps more importantly, he was the subject of a complaint that four professors from the Department of Philosophy filed to the Committee on Ethics in Science and Higher Education, appointed by the Parliament, back in 2011. Committee made no decision on this complaint so far. However, Prof. Čović even took the four philosophers to court with a libel charge, but lost the case after a two year trial. Rector Boras was warned of this obvious conflict of interest, but to no avail.
• To make things worse, the 2011 complaint implicated also another philosopher, Professor Pavo Barišić of the University of Split, Čović’s close colleague and associate who became the Minister of Science and Education in September 2016. Barišić was also charged by four professors from the Department of Philosophy of plagiarizing parts of his article. The Committee on Ethics in Science and Higher Education officially concluded in January 2017 that the Barišić had committed an act of plagiarism. The case received massive media coverage in Croatia but also abroad. For all these reasons, the widespread public and media perception of the University Senate’s decision is that it is a petty act of revenge against the professors of the Department of Philosophy of the Centre for Croatian Studies. 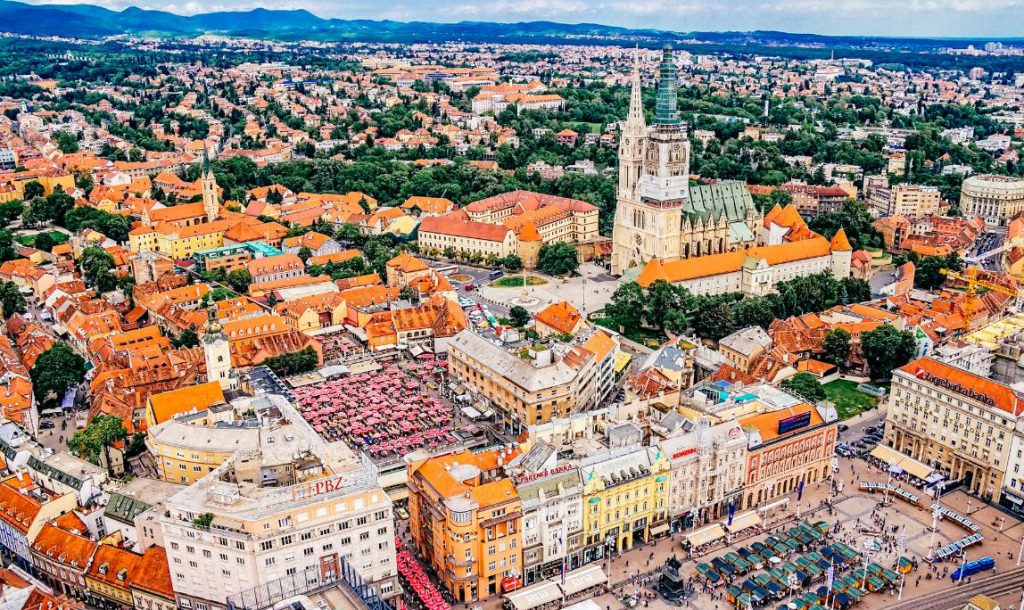 In addition to the online petition, it seems the department could benefit from a letter addressed to the Senate of the university, asking them to reconsider their decision, signed by academic from around the world. Please consider signing the letter by filling in the following form:

I;’ve just signed the letter Kati refers to, not too late, I hope, though it gives a 4 April deadlineReport