The following is a guest post* by Eric Schwitzgebel (University of California, Riverside) that gathers data about the kinds of colleges and universities in the United States that have or lack philosophy departments and a philosophy major program. A version of this post was originally published at his blog, The Splintered Mind. 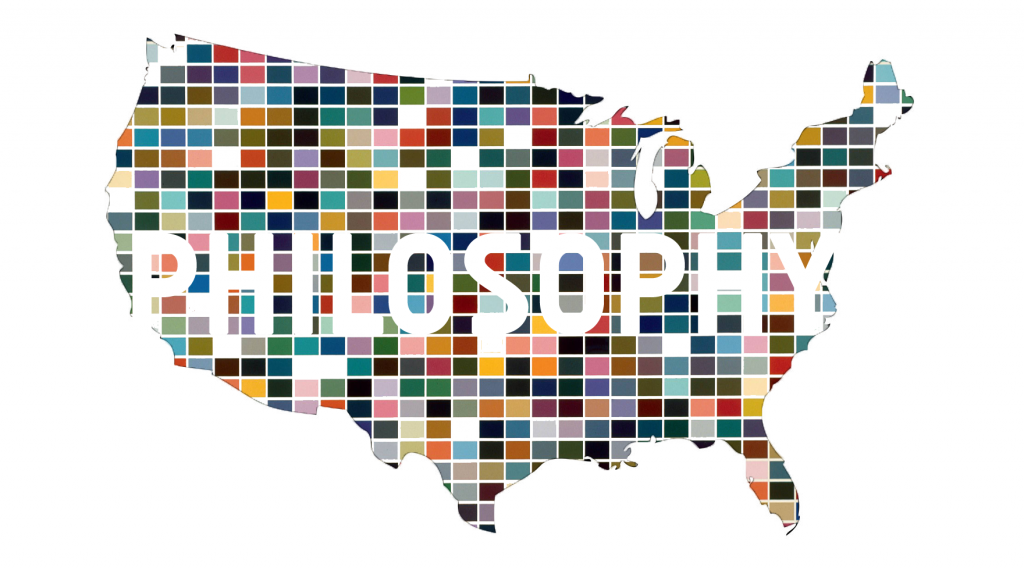 What Kinds of Universities Lack Philosophy Departments? Some Data
by Eric Schwitzgebel

University administrators sometimes think it’s a good idea to eliminate their philosophy departments. Some of these efforts have been stopped, others not. This has led me to wonder how prevalent philosophy departments are in U.S. colleges and universities, and how their presence or absence relates to institution type.

Here’s what I did. I pulled every ranked college and university from the famous US News college ranking site, sorting them into four categories: national universites, national liberal arts colleges, regional universities (combining the four US News categories for regional universities: north, south, midwest, and west), and regional colleges (again combining north, south, midwest, and west). I randomly selected twenty schools from each of these four lists. Then I attempted to determine from the school’s website whether it had a philosophy department and a philosophy major. [See note 1 on “departments”.]

I welcome corrections! The websites are sometimes a little confusing, so it’s likely that I’ve made an error or two.

Eighteen of the twenty sampled “national universities” have standalone philosophy departments (or equivalent: note 1) and majors. The only two that do not are institutes of technology: Georgia Tech (ranked #34) and Florida Tech (#171).

Similarly, seventeen of the twenty sampled “national liberal arts colleges” have standalone philosophy departments, and eighteen offer the philosophy major. Offering neither department nor major are Virginia Military Institute (#72) and the very small science/engineering college Harvey Mudd (#21) (circa 735 students, part of the Claremont consortium). Beloit College (#62, circa 1358 students) offers the philosophy major within a “Department of Philosophy and Religious Studies”.

Nine of the twenty sampled regional universities have standalone philosophy departments, and another three have a combined department with philosophy in its name. Twelve offer the philosophy major (not exactly the same twelve). Seven offer neither major nor department: Ramapo College of New Jersey, Wentworth Institute of Technology, Delaware Valley University, Stephens College, Mount St Joseph, Elizabeth City State, and Robert Morris. Two of these are specialty schools: Wentworth is a technical institute, and Stephens specializes in arts and fashion.

Seven of the twenty sampled regional colleges have a standalone philosophy department, and another four have a combined department with philosophy in its name. Seven offer a philosophy major, and one (Brevard) has a “Philosophy and Religion” major. Offering neither major nor department: California Maritime Academy, Marymount California U (not to be confused with Loyola Marymount), Paul Smith’s College (not to be confused with Smith College), Alderson Broaddus, Dickinson State, North Carolina Wesleyan, Crown College, and Iowa Wesleyan. Four of these are specialty schools: California Maritime Academy and Marymount California each offer only six majors total, Paul Smith’s focuses on tourism and service industries, and Iowa Wesleyan offers only three Humanities majors: Christian Studies, Digital Media Design, and Music.

In my sample of forty nationally ranked universities and liberal arts colleges, each one has a standalone philosophy department and offers a philosophy major, with the following exceptions: three science/engineering specialty schools, one military institute, and one school offering a philosophy major within a department of “Philosophy and Religious Studies”.

Even among the smallest nationally ranked liberal arts colleges, with 1300 or fewer students, all have philosophy majors and standalone philosophy departments (or similar administrative units), with the exception of one science/engineering speciality college.

The schools that US News describes as “regional” are mixed. In this sample of forty, about half offer philosophy majors and about half have standalone philosophy departments. Among the fifteen with neither department nor major in philosophy, six are specialty schools.

I’m tempted to conclude that, with the exception of specialty schools, almost every nationally ranked university and liberal arts college, no matter how small, has a philosophy major and a large majority have a standalone philosophy department. But maybe that’s too strong a claim to draw from a sample of forty? So I’ve doubled the sample.

As a philosopher in the Department of Humanities at New Jersey Institute of Technology (NJIT) and a recent visiting assistant professor at Georgia Tech (in the School of Public Policy), I would be interested to see whether most institutes of technology conform to the pattern of having philosophers without philosophy department. NJIT has 3 tenure-track philosophers in Humanities and no philosophy major. We do offer an undergraduate major in STS, however, and I am a member of that program.

It’s interesting, since technical/engineering schools tend to offer lots of courses in Engineering Ethics to satisfy ABET requirements. Maybe we philosophers at tech schools are viewed as a ‘service’ group?Report

Another question to research is the frequency of elimination of what have recently been dubbed “low yield” philosophy departments. “Yield” refers to the number of graduates. In recent years, “low-yield” has been used as a criterion for program elimination around the country.Report

Yes, “yield” seems relevant– not sure how to measure that. The current measure captures a sample of state flagship universities, but it could be interesting to look more systematically at Cal State and SUNY. Hmmm.Report

The University of Wyoming is the state’s major research institution, and indeed the only four-year public institution. We have a combined department as of 2017 — Philosophy & Religious Studies — and offer a philosophy major.Report

For what it’s worth, Thomas Aquinas College appears to require that all students take 24 credit hours of philosophy, as well as numerous courses that would likely apply towards a philosophy degree. They can call it what they want, but it looks like a philosophy major to me.Report

VMI has a Philosophy minor. The vast majority of cadets are either International Studies and Political Science or enrolled in one of the Engineering departments (Civil, Mechanical, Electrical/ Computer). The school was initially founded as an engineering school (much like West Point) and they broke the tradition of the time by not offering Latin or Greek (still don’t). The amount of cadets in all of the other majors outside of IS and Engineering is probably less than 100 I would imagine (I graduated in 2010 so I am a little out of date.Report