Robert P. George, McCormick Professor of Jurisprudence and Professor of Politics at Princeton University, and Cornel R. West, Professor of the Practice of Public Philosophy at Harvard Divinity School have jointly authored “Truth Seeking, Democracy, and Freedom of Thought and Expression,” a public statement in favor of civil discourse and respectful disagreement on university campuses.

Here are some excerpts from the statement:

The pursuit of knowledge and the maintenance of a free and democratic society require the cultivation and practice of the virtues of intellectual humility, openness of mind, and, above all, love of truth. These virtues will manifest themselves and be strengthened by one’s willingness to listen attentively and respectfully to intelligent people who challenge one’s beliefs and who represent causes one disagrees with and points of view one does not share.

That’s why all of us should seek respectfully to engage with people who challenge our views. And we should oppose efforts to silence those with whom we disagree—especially on college and university campuses…

None of us is infallible. Whether you are a person of the left, the right, or the center, there are reasonable people of goodwill who do not share your fundamental convictions. This does not mean that all opinions are equally valid or that all speakers are equally worth listening to. It certainly does not mean that there is no truth to be discovered. Nor does it mean that you are necessarily wrong. But they are not necessarily wrong either. So someone who has not fallen into the idolatry of worshiping his or her own opinions and loving them above truth itself will want to listen to people who see things differently in order to learn what considerations—evidence, reasons, arguments—led them to a place different from where one happens, at least for now, to find oneself.

All of us should be willing—even eager—to engage with anyone who is prepared to do business in the currency of truth-seeking discourse by offering reasons, marshaling evidence, and making arguments. The more important the subject under discussion, the more willing we should be to listen and engage—especially if the person with whom we are in conversation will challenge our deeply held—even our most cherished and identity-forming—beliefs.

It is all-too-common these days for people to try to immunize from criticism opinions that happen to be dominant in their particular communities. Sometimes this is done by questioning the motives and thus stigmatizing those who dissent from prevailing opinions; or by disrupting their presentations; or by demanding that they be excluded from campus or, if they have already been invited, disinvited. Sometimes students and faculty members turn their backs on speakers whose opinions they don’t like or simply walk out and refuse to listen to those whose convictions offend their values. Of course, the right to peacefully protest, including on campuses, is sacrosanct. But before exercising that right, each of us should ask: Might it not be better to listen respectfully and try to learn from a speaker with whom I disagree? Might it better serve the cause of truth-seeking to engage the speaker in frank civil discussion?…

The full statement is here. Notably, its authors—both of whom have doctorates in philosophy—identify with rather different corners of the political landscape (West with the democratic socialist left, George with Catholic natural law conservatism).

Others are invited to sign the statement by emailing [email protected]. 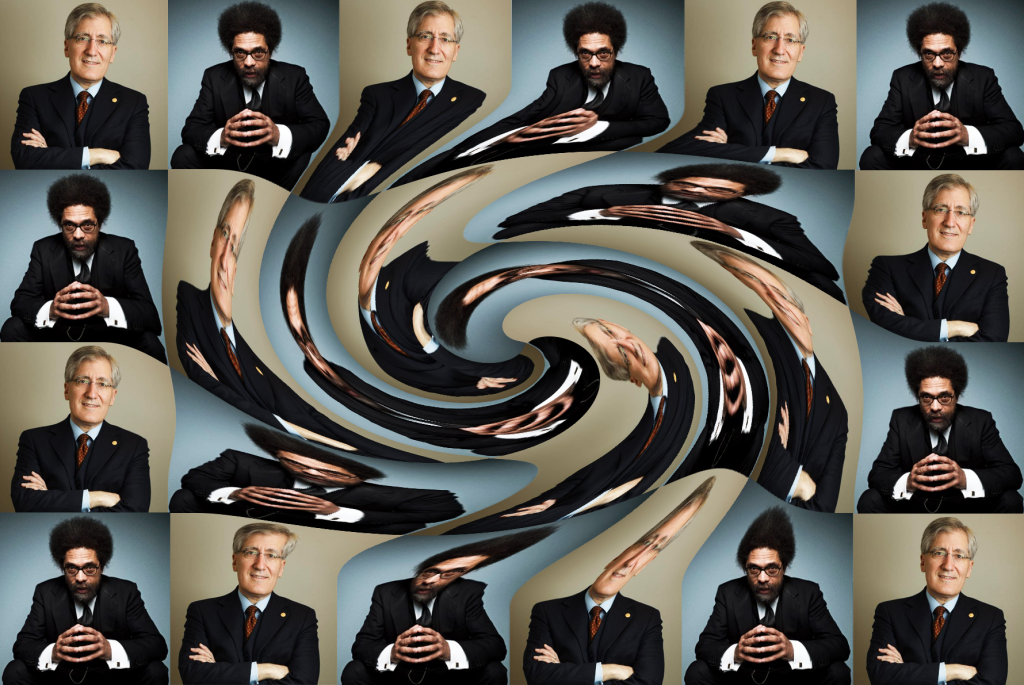 (Thanks to Kathryn Pogin for the pointer.)