“The Age of Metaphysical Revolution,” is a project at the University of Manchester whose aim is “to give an account of how the age of metaphysical revolution arose at the end of the twentieth century through a systematic exploration of David Lewis’ philosophy in its historical context.”

The project makes extensive use of the David K. Lewis Papers, and is the work of philosophy professors Helen Beebee and Fraser Macbride and postdoctoral researchers Anthony Fisher and Frederique Janssen-Lauret.

The team maintains a periodically updated website for the project, with a “Letter of the Month” section featuring a different piece of correspondence between Lewis and other philosophers each month. They helpfully provide some context along with the letter. It’s a good way for the team to share their work as well as provide non-experts with a well-curated glimpse of some recent history of philosophy.

The January letter is from Lewis to Quine. Check it out. 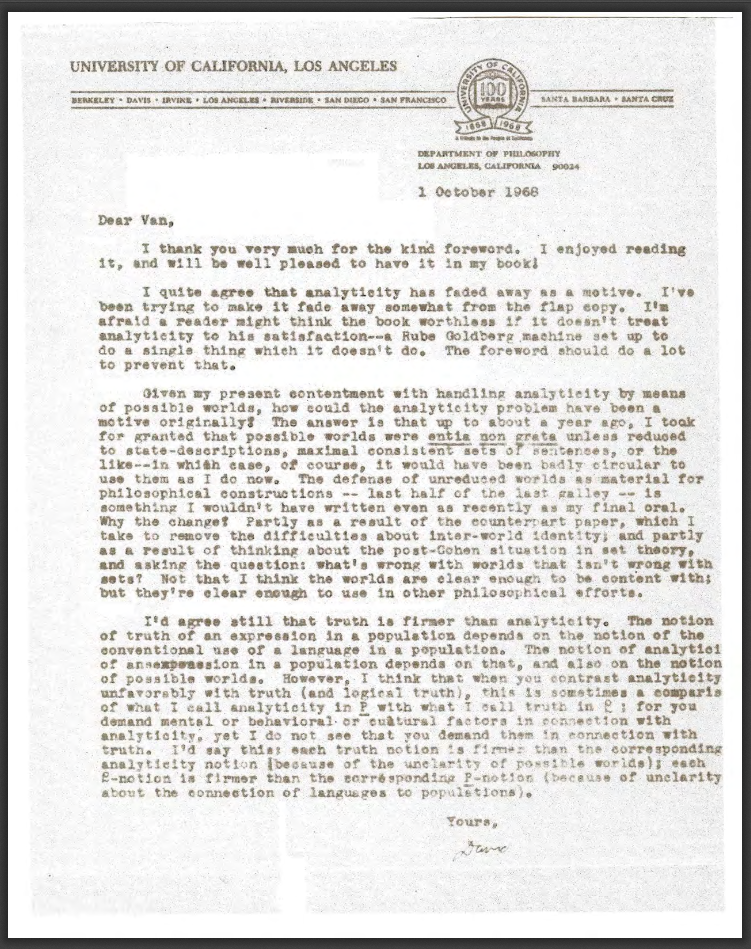