Stephanie (“Steffi”) Lewis, the widow of David Lewis (1941-2001), has donated his papers to the Manuscripts Division of the Princeton University Library. There are a lot of them:

The David K. Lewis Papers include his extensive correspondence with other philosophers and scholars. There are approximately sixteen thousand pages of Lewis’s correspondence, both incoming and outgoing. There is significant volume of correspondence with David Armstrong, J.J.C. Smart, Frank Jackson, Willard Van Orman Quine, Hugh Mellor, Max Cresswell, Allen Hazen, and John Bigelow; as well as smaller amounts of correspondence with R. B. Braithwaite, Peter van Inwagen, Paul Benacerraf, William Alston, Iris Murdoch, Jonathan Bennett, Anthony Appiah, J. Peter Burgess, Paul Churchland, D. C. Dennett, Gareth Evans, Philippa Foot, Margaret Gilbert, Sally Haslanger, Jaakko Hintikka, David Kaplan, Saul A. Kripke, Colin McGinn, Thomas Nagel, Derek Parfit, Steven Pinker, Alvin Plantinga, and many others. Lewis’s letters are often very detailed, as he maintained ongoing conversations regarding many philosophical topics with his colleagues through regular correspondence. Lewis’s writings include drafts of published articles and books, often along with publishing correspondence, reviews, and notes related to each publication. A smaller amount of reviews and unpublished or posthumously published writings are also present, as well as some of Lewis’s undergraduate and graduate student writings, course materials, and notes, including notes from graduate seminars with Donald Williams and others at Harvard and elsewhere, and research files and reports from Lewis’s time as a researcher at the Hudson Institute in the 1960s.

To learn more about the David K. Lewis Papers, including two research projects currently making use of them, see this. 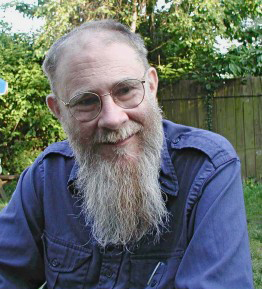