Philosopher Derek Parfit died last night, according to several sources. He was emeritus fellow of All Souls College at Oxford University, Global Distinguished Professor of Philosophy at New York University, and also had held appointments at Harvard University and Rutgers University.

Parfit was an ingenious philosopher, by all reports a kind colleague, and an especially generous teacher.

His first book, Reasons and Persons (1984), was extraordinarily influential, setting the agenda for an enormous amount of work in normative moral philosophy. His more recent two-volume On What Matters (2011) expanded on some of those earlier ideas and presented his considered views on matters in metaethics and the overall project of moral philosophy. (A third volume, in which Parfit responds to a collection of critical essays, is forthcoming.)

In 2014 Parfit won the Rolf Schock Prize in Philosophy.

In 2011 The New Yorker published a lengthy profile of him.

(I will be updating this post with further information and links to other memorial notices later. See below.) 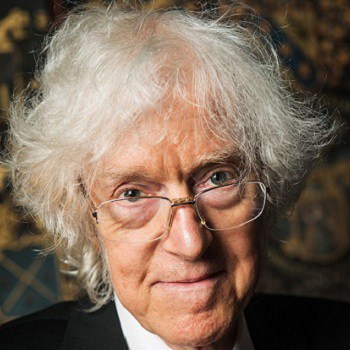 UPDATE 1: Many on social media are sharing quotes from Parfit’s works, including passages from this page of Chapter 13 of Reasons and Persons: 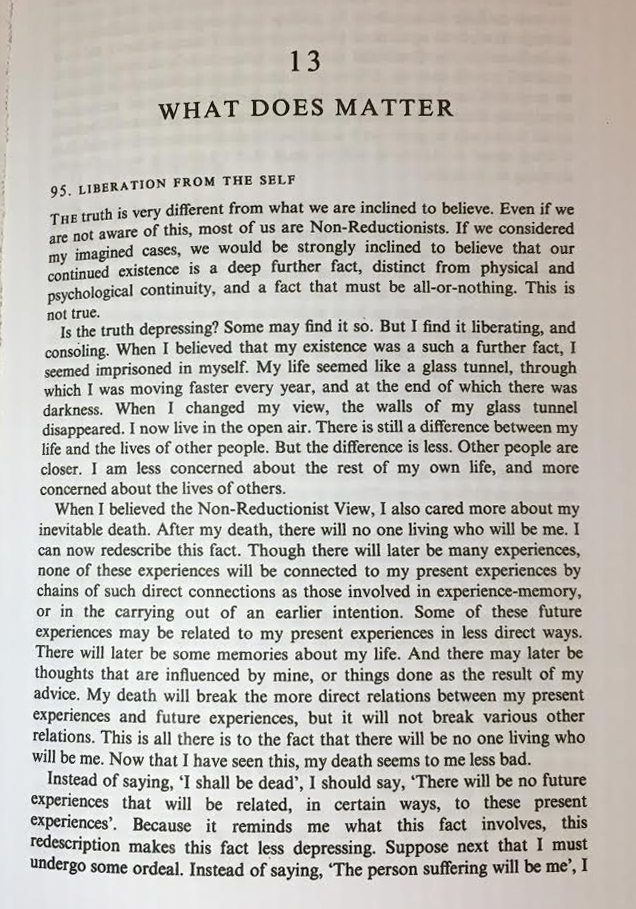 UPDATE 3: Other links about Parfit:

* As important and as influential as Parfit’s work is, the claim in the first sentence of The New York Times’ obituary that Parfit “re-established ethics as a central concern for contemporary thinkers” gives him too much credit. Such hyperbole, well-intended as it might be, obscures both Parfit’s actual contributions and the contributions of the many other moral philosophers who were his contemporaries.