Most of the students in our undergraduate philosophy course, even most of philosophy majors, and quite a number of those with graduate degrees in philosophy—do not become professors of philosophy. What do they do with their degrees? Who can we point out to our current students as examples of those who make use of what they’ve learned studying philosophy outside of academia?

Well there’s this list here at Daily Nous of non-academic hires to which people can add their own information. There are lists of famous philosophy majors and philosophy majors in the news, and some of the interviews here are with people outside of academia who have philosophy degrees.

Adding to these resources is a new site, “Doing Things With Philosophy – Beyond Academia.” It’s the creation of Helen De Cruz (Oxford Brookes Univevsity) and features brief interviews of people with philosophy degrees who work outside of academia. So far there are profiles of a television producer and writer, and an executive at a non-profit organization. Each of those profiled answer a few questions, including this one: How does your philosophical training and formation help you in your career?

Professor De Cruz informs me that several new profiles will be appearing over the next few weeks. Check it out, and share it (and the other aforementioned sites) with the undergraduate advisors at your school. 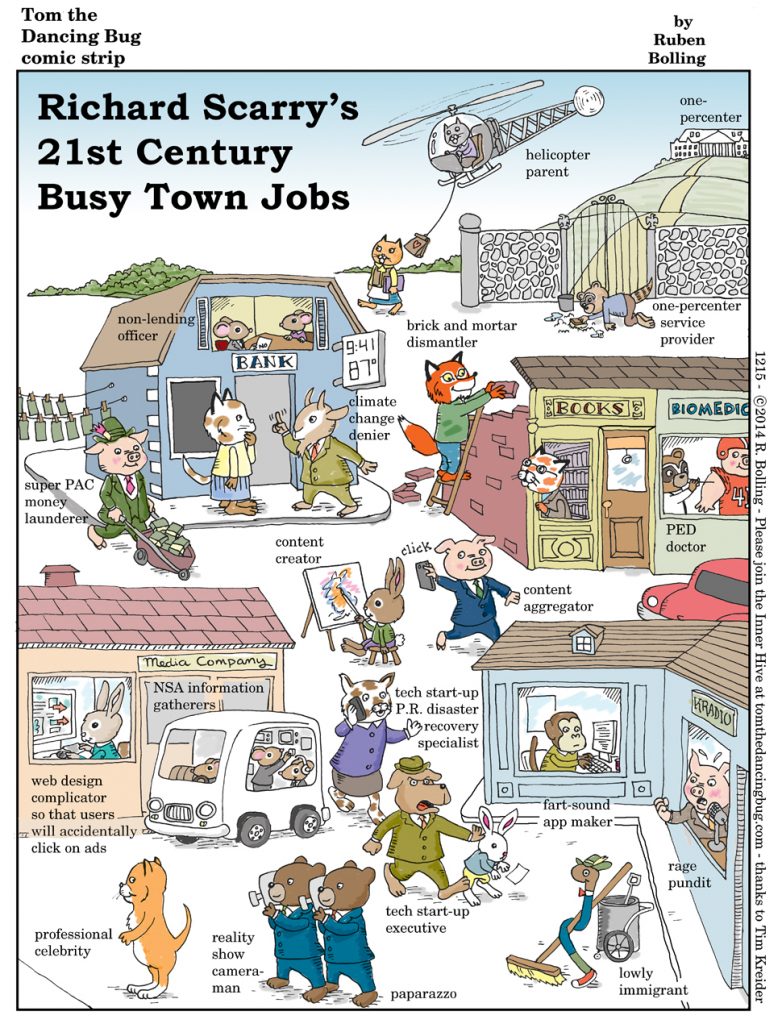 Over the past ten years, after my time in the classroom as a philosophy/logic instructor, I’ve contributed to philosophy as a discipline as the creator/author of the Aplia online homework content for logic and critical thinking courses, and I am co-host of a weekly podcast about Star Trek and philosophy on the Trek.fm podcast network (Meta Treks: A Star Trek Philosophy Podcast).Report

I’m not sure if this is a feasible model for others, but the Princeton Philosophy Department webpage includes a link to profiles of several of our undergrad alums. We regularly tell students who are considering majoring in the subject to look at those profiles to get a sense of what the possibilities will be after graduation, and to see what a cross-section of our alums who majored in philosophy think about their decision to do so in retrospect. We also suggest that they tell their parents to look at the website if they have concerns. The profiles for the website were initially chosen by faculty who knew that certain alums had interesting and varied stories to tell. But now we just issue an open invitation to our alums to contribute a profile when we see them at reunions, or other events. Our view is that the more and the more varied the better. It would be great if other schools had profiles of some cross-section of their alums on their websites too. Between us we would have a much more informative resource than any single dedicated page could be. Here is a link to to the Princeton alumni page: https://philosophy.princeton.edu/alumniReport

If any philosophy grad students are passionate about non-academic career options and national advocacy for the same, I’d strongly recommend they consider reaching out to [email protected] (a D.C. based grad student organization) to consider either helping develop a national survey on the issue that is in progress or to fill the current “Employment Concerns Chair” vacancy. (I’d love to see some integration between APA’s non-ac endeavors and NAGPS’s, for example.)

Justin, apologies if this comment is improper and totally understood if you need to delete it.Report

At York University (Toronto), we’ve set up a “Meet Our Alumni” page on our department website where we’ve profiled around a dozen alums with a diverse set of career paths:
http://phil.laps.yorku.ca/prospective-students/meet-our-alumni/
We’ve also put out a call for other alums to contact us to tell us how Philosophy has helped them in their careers and their lives, and plan to update it regularly with more profiles.Report