The world is awash in bullshit. Politicians are unconstrained by facts. Science is conducted by press release. So-called higher education often rewards bullshit over analytic thought. Startup culture has elevated bullshit to high art. Advertisers wink conspiratorially and invite us to join them in seeing through all the bullshit, then take advantage of our lowered guard to bombard us with second-order bullshit. The majority of administrative activity, whether in private business or the public sphere, often seems to be little more than a sophisticated exercise in the combinatorial reassembly of bullshit.

We’re sick of it. It’s time to do something, and as educators, one constructive thing we know how to do is to teach people. So, the aim of this course is to help students navigate the bullshit-rich modern environment by identifying bullshit, seeing through it, and combating it with effective analysis and argument.

Two professors at the University of Washington, Carl Bergstrom (Biology) and Jevin West (Information School), have created a course they’d like to teach called “Calling Bullshit in the Age of Big Data.” Their syllabus starts with philosophy: Harry Frankfurt’s “On Bullshit” along with G. A. Cohen’s critique of it, “Deeper into Bullshit” (in which he memorably claims that Frankfurt has identified “just one flower in the lush garden of bullshit”). But unlike typical critical reasoning or logic courses in philosophy departments, which themselves are also sometimes taught as a kind of anti-bullshit training, their syllabus takes students beyond problem sets and logic texts to explore statistical traps, data visualization, scientific misconduct, fake news, and other topics.

Check it out (and don’t miss the “yet another disclaimer”). 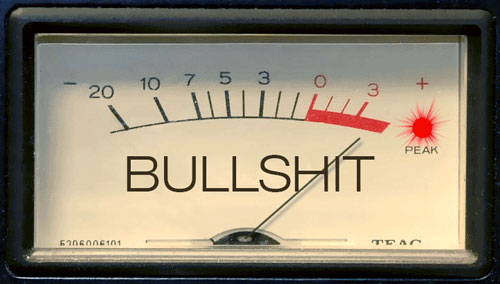 I taught a similar course to this twice in the last year, although with a bit more of a philosophy focus. It’s called ‘Truth, Lies, and B.S.’ (The syllabus is here: https://www.academia.edu/30913735/Truth_Lies_and_BS). Needless to say, the political environment of the last year was a good setting for this course. However, while the students were generally interested, they weren’t as gripped by it as I expected/hoped them to be. Based on my (admittedly small) sample, a number of the students seemed keen not to be taken in by bullshit, but not overly concerned with producing it, so long as doing so would be to their advantage. (E.g., they were a lot more sympathetic to Callicles than Socrates in the Gorgias.)Report

This is great. I think statistical literacy i.e. critical thinking around data collection, sources of bias, graphical (mis)presentations, randomness, interpreting results either in scientific papers or news media, have enormous empowering value and are a necessary element in achieving a healthy democracy and reigning in the worst excesses of capitalism. And they’re also great fun! So the fact that a course on such things is being offered to those who might not want to, or be able to, study a statistics degree is fantastic.

I just want to add that the things I mention and mentioned in the course description are almost all covered in statistics courses – at least if they’re any good. In fact, the description seems like a course you could call, ‘Statistics without calculations.’ So, if anyone read the post and thought – ‘That seems awesome!’ – I recommend statistics to you.

I write this as someone who majored in philosophy and went to graduate school in it, and still loves it, but realised: if you, like me, often find yourself eager to discover the truth or falsity of an idle thought or longstanding belief you have, or something you overheard on the bus, or hotly debated with friends, or saw on the news etc. you will, in my opinion, find more useful tools in the statistics department than almost any other.

Good luck to the course.Report

I find this use of swear words in academia tiresome. It’s like it’s trying to be edgy.Report