English Professor Michelle Karnes claims that Stanford University did not renew the contract of her husband, philosophy instructor Shane Duarte, in order to retaliate against her for filing a sexual harassment complaint against a senior faculty member. Karnes is now associate professor of English at Notre Dame, and her husband has secured a position there as well.

Karnes described her experiences at Stanford University to The Guardian:

Stephen Hinton wouldn’t leave her alone. After Michelle Karnes politely rejected the Stanford professor and former dean, according to her complaint, he didn’t back down.

It was July 2012, and he allegedly told Karnes, then an untenured professor, that he had a “crush” on her and was “tormented” by his feelings. She said she made clear she didn’t want further contact. But Hinton—a powerful faculty member who had hired her—allegedly continued to confront her at the gym, telling her he wasn’t “stalking”, but wanted to talk.

“I just wanted to crawl out of my skin, I was so uncomfortable,” Karnes, 42, said in an interview. “I was really scared.”

A university investigation of Karnes’ sexual harassment complaint concluded that Hinton, who is 20 years older, had made an “unwanted sexual advance”, but it’s unclear if the professor faced any consequences. On the contrary, Karnes says that administrators retaliated against her for speaking up and pushed her out of Stanford.

Hinton vigorously denied the allegations, claiming they had a “platonic, reciprocal relationship” and pointing out that a university investigation concluded his conduct did not constitute sexual harassment. From Karnes’ perspective, however, the university went to great lengths to protect a senior faculty member and silence his accuser, prioritizing the institution’s reputation over her wellbeing…

Although the dean’s office approved Karnes’ tenure in 2015, she soon after learned that her husband, Shane Duarte, a Stanford philosophy lecturer, would not have his position renewed in 2016.

To the couple, it became obvious the move was retaliatory. They had been hired as a “dual-career academic couple”, and Karnes said it was highly unusual for Stanford to grant tenure to one spouse and terminate the other after years of service.

Records also show that Duarte regularly received high marks on teacher evaluations, and Karnes said she even offered to forgo a raise, which would have covered a majority of her husband’s salary.

The administrators lacked grounds to deny Karnes tenure after she received unanimous support from department faculty, she said, and instead targeted Duarte because he was not on a tenure track.

“They didn’t explain themselves, and we were left in the dark,” Duarte wrote in an email.

You can read more about the case here. 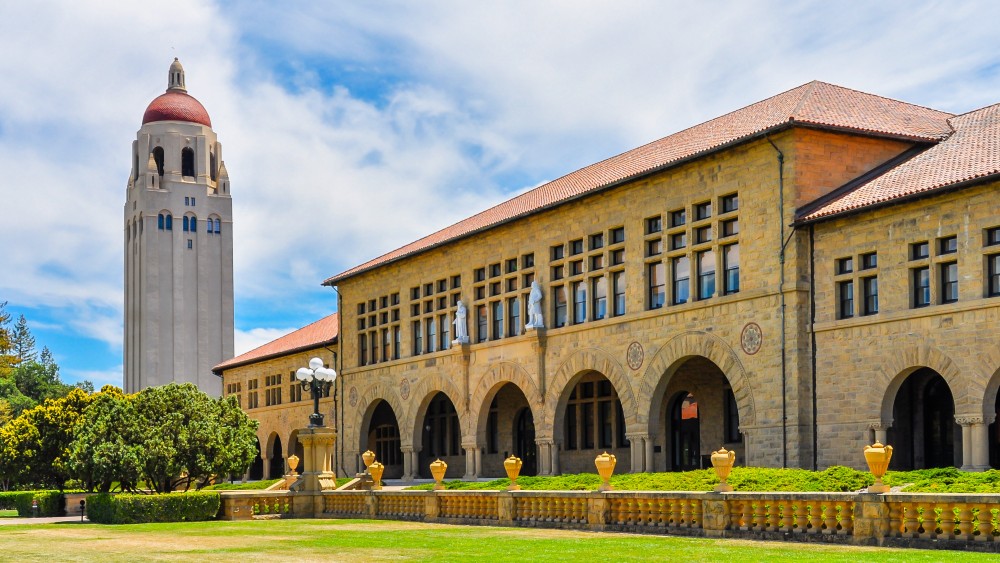 Perhaps someone at Stanford can answer a question. Is there some expectation at Stanford that fixed term lecturers will receive new contracts at the end of a contract period? At institutions with which I’ve been affiliated there is no such expectation.Report

I very much doubt that there is, in general, any such expectation at Stanford either. However, it is a serious problem if the reason for non-renewal is to retaliate against someone for filing a sexual harassment complaint. It is also a serious problem if a dual-career hire is made with the expectation of reasonable spousal accommodation, especially once tenure has been achieved.Report

You are of course correct that it’s a “serious problem” for Stanford if the (or even “a”) reason for non-renewal of a contract is retaliation. I certainly did not say otherwise and I trust everyone agrees.
I asked whether anyone has knowledge about Stanford’s contracts for fixed terms lecturers. Your intuitions about those contracts might be correct but surely someone at Stanford knows and can share the information.Report

“Karnes said it was highly unusual for Stanford to grant tenure to one spouse and terminate the other after years of service.”

It would be misleading to compare what happened to Duarte with what happens to fixed-term lecturers who are not married to tenure-track faculty.Report

Presumably whether the hypothetical comparison you imagine would be misleading or not depends on the specific comparison. I’m actually not intending to make some comparison. What I did was ask a question about Stanford’s normal practices and expectations about contract renewals. That’s relevant information about the public dispute. I of course do not claim that it is the only relevant information.Report

It seems to me as though Karnes’s statement provides an answer that applies to the particular case in question. Your original post also seemed to suggest a policy that applied to fixed-term lecturers in general, while Karnes was quite clear that what made Duarte’s termination unusual was that he was married to a tenured faculty member, not that he was a fixed-term lecturer. So the answer to the question you originally asked, in the way that you phrased it, does not seem relevant.Report

I am someone who would know. Stanford often cannot (does not) offer a tenure line to the spouse of faculty they hire; instead, they give lectureships to spouses with the understanding that the lectureship will continue until the tenure-track spouse is fired or leaves. I have never (before now) seen a case in which the spouse of a faculty member is terminated from a lecturer position while the faculty member keeps his/her tenure track/tenured job.Report

1. I was not suggesting some policy. Nor does my question suggest a policy. I was asking about normal practices at Stanford. You agree, I trust, that questions about Stanford’s practices do not have to include policy suggestions. I have no policy recommendation for Stanford.
2. You say my original question is not relevant “in the way that I phrased it” — is that what you mean? So it’s your position that if, for example, the answer to my question “in the way that I phrased it” is “yes” that this is not relevant information? If this matter is litigated I’m confident and thankful that no judge will share your view of this.Report

I can’t speak for Stanford, but I’ve never encountered a situation where a fixed-term lecturer was terminated under these circumstances. I have been assured by administrators that the dept can opt not to renew contracts at will (this was during my time as chair) but in practice, there is no reason to do this is long as there is demand for the class, the employee’s performance is satisfactory, and funding remains in place. In this case, it sounds like his lectureship was part of an agreement used to recruit his spouse, so funding should be guaranteed. Even in a so-called right-to work state, we never let anyone go without a clear reason, usually enrollment or funding issues. If some of the same classes went forward with a new instructor, I’d call that a clear case of retaliation.Report