The following is a guest post* by Felicia Nimue Ackerman, professor of philosophy at Brown University. It’s in two parts: a poem (first published as a letter to the editor on The Chronicle of Higher Education website, March 20, 2014) and a brief essay (originally published in The Providence Journal on April 28, 2009). 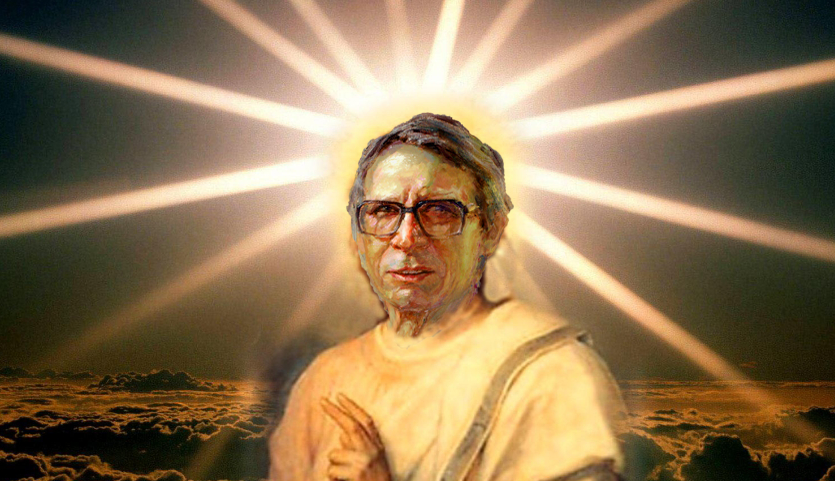 Today is your 65th birthday.
Your status is ever so clear.
Your colleagues have set up a tribute
Extolling your shining career.

They bask in the secondhand honor
That flows from their honoring you.
They thrill to the visiting speakers,
Who radiate eminence too.

“Society’s far too unequal,”
Your colleagues are prone to lament.
But strictly within their profession,
They worship the top one percent.

The Halo Effect in Academia
by Felicia Nimue Ackerman

A few philosophers walk into a bar. They begin to discuss some recent work by one of them. He gets up, asks the others to suspend the discussion, walks out of the bar, and returns with a pad so he can take notes.

Are you waiting for the punch line? Here is another story instead.

A few philosophers walk into a room. A Ph.D. candidate begins to defend his dissertation. One philosopher comes to realize that the sun is shining in the candidate’s eyes. He gets up and stands between the candidate and the sunlight for the rest of the session.

Here is a third story. A philosopher says to some friends that he does not much care what he eats, as long as it is always the same.

The third story, at least, might suggest a snappy punch line, such as “So the friends serve the philosopher fried grasshoppers every day for a week.” But why are the other two worth telling? If people are saying interesting things about your work, what could be more natural than getting a notepad so you can write those things down? And while it is considerate to take on short-term discomfort for someone else’s sake, such consideration hardly seems remarkable.

Welcome to the world of academic hero-worship, where pedestrian tales become legends when they are about academic superstars. On a Law & Order episode involving murder among scientists, D.A. Adam Schiff says, “Scientists have a star system that makes Hollywood look like a socialist love-in.

Philosophers have a star system that makes science look like a socialist love-in.

Is hero-worship entirely bad for academia? Maybe not. Professors who act like star-struck teenagers may be taking some of the pomposity out of academic life. Hero-worship, after all, makes you less likely to be full of yourself.

But is it really any better to be full of someone else? Hero-worship impedes critical thinking, and critical thinking is what philosophy is supposed to be all about. When philosophers turn Rawls’s unremarkable reason for interrupting a barroom discussion into an indication of “thoroughness” that becomes “the stuff of legends,” what does this show about the thoroughness of their intellectual sophistication? When philosophers extol Rawls’s “incredibly fine moral sense in his dealings with other human beings” by telling stories like the one about the dissertation defense, what does this show about their moral judgment? Do they believe that taking on minor discomfort for the sake of someone less powerful merits lavish praise? Or do they believe that famous philosophers merit more praise than lesser folk for small acts of such kindness?

Are such beliefs worthy of a profession that touts its ability to build “strong skills” in “analysis and critical thinking”?

Hero-worship distorts evaluations of ideas as well as evaluations of behavior. After a professor enters the academic stratosphere, his ideas generally come with a halo effect. Moreover, status differentials may contaminate evaluations of ideas even when superstar-status is not involved. A significant, although controversial, 1982 study of highly regarded psychology journals took published articles by authors at highly regarded psychology departments, replaced the authors’ names and institutional affiliations with fictitious names and fictitious, unimpressive affiliations and resubmitted each article to the journal that had originally reviewed and published it 18 to 32 months earlier. Eighty-nine percent of the reviewers rejected the altered manuscripts (which they did not recognize as having already been published).

If professors have such biases, why should anyone else care? One reason is that these biases affect what gets taught at colleges and universities, possibly making ideas from the favored group crowd out better ideas from less upscale sources. Nowadays, many academic journals, unlike those in the 1982 study, practice blind reviewing, with submitters’ names and affiliations deleted. But well-known professors often write books and articles that have been invited. Moreover, blind reviewing can hardly prevent halo effects once work is published.

“Philosophers have a star system that makes science look like a socialist love-in.”
Physics and philosophy are about comparable in their star-worship, in my experience (I can’t comment on other sciences).

As a more substantive point: *some* level of halo effect is probably unavoidable and even a good thing, because it’s one of our filters in working out what to read and engage with. In an ideal world I’d of course read everything published that’s in any way relevant to my work, but in practice there’s vastly too much published to do that, so “author I’ve previously studied and was impressed by” is one of my heuristics, and “author my colleague tells me I should look at” is another.Report